Hugh Cornwell: The Hitman Cometh To The Gov ~ Interview 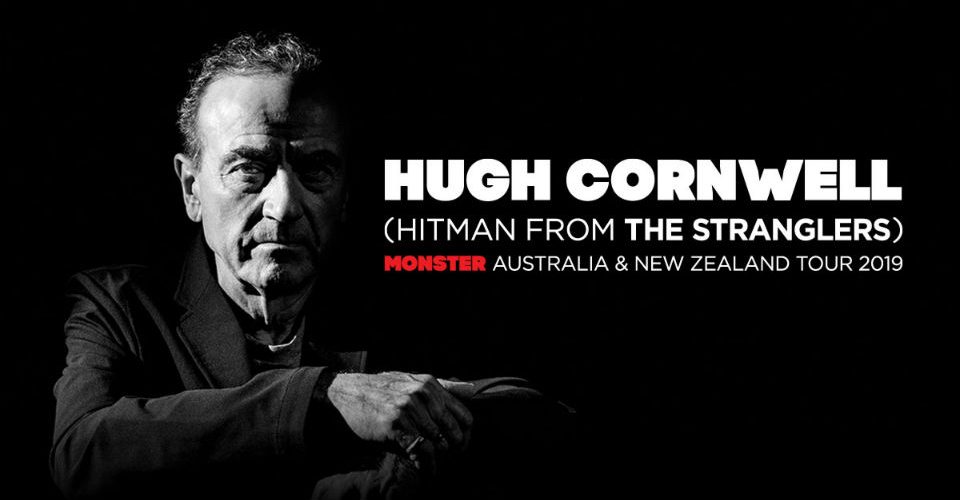 As front man of famed UK outfit The Stranglers, Hugh Cornwell was the voice of many memorable hits. Songs like Peaches, Golden Brown and Skin Deep live long in the memory. Since leaving the band he’s been busy writing and performing under his own name and boasts an impressive solo catalogue. We catch up with Hugh as he spends some time on the east coast of Mexico and ask him how preparations for the Australian leg of his Monster tour are coming along.

“I think they are coming along pretty well,” Hugh begins. “I’ve been away from home for a couple of months, doing some other work. I’m now ready to jump straight back in. I start next week.”

How long is it since you have visited this part of the world?

“It must be close to 10 years. I remember I came down with Chris Bell (drums) and Steve Fishman (keyboards) around the time we made the Totem and Taboo album.”

The songs on your latest album, Monster, concern themselves with individuals – Lou Reed, Ray Harryhausen, Sergeant Bilko et al. You’ve said in other interviews that you are very happy with it. It also has been well-received by fans and critics. How did you arrive at the album’s concept?

“It was a very natural and comfortable process. My mother passed away about six years ago, and I felt like I wanted to do something in her memory. I thought the best thing I could do was write a song, so I wrote one called La Grande Dame and it turned out really well. She was an inspiration to me, and I wondered if there was any other inspiring people I could write a song about.

“I’m a big movie fanatic,” he says. “I watched a film about the life of Evel Knievel, starring George Hamilton. It wasn’t fantastic but it was very accurate, and he was actually pretty good in the title role. Evel was, probably, the most famous person in the world in the mid-‘70s, and no-one had written a song about him! I thought he was perfect material. His name is great as well!

“That song came about really easily; then I was on a roll. It was just a matter of other people occurring to me that seemed like interesting subject matter. In some songs I am personally involved in the lyrics while others are more of an objective look at the person.”

Tell us about the other two guys in the band.

“On drums is a chap called Windsor McGilvray,” Hugh says. “He’s come back into the line-up quite recently. I originally found him at The Academy Of Contemporary Music when he was 20 years old. In Guildford, funnily enough, where The Stranglers started. I went down there to give a seminar about songwriting, and I looked through this window in a door and the guy who was showing me around said, ‘This is where all the drummers rehearse’. And inside there was about 20 guys all in little booths with headphones on, all hitting the shit out of drum kits. Just to make conversation I asked, ‘Is anyone any good?’, and he said, ‘That red-headed guy in the corner is fantastic; he’s a real player’.

“About 18 months after that I found that I needed a new drummer so I rang the college and asked if they could get in touch with him. An hour later, this kid called me up. I said, ‘I’m looking for a drummer; I’m looking for Mitch Mitchell’ and he said, ‘I am Mitch Mitchell’. At the age of 20! A great answer.”

“I asked Windsor if he knew any bass players that he was impressed with. He came up with a list of guys, and there was one that I liked the look and sound of. It was Pat (Hughes). We got Pat up and tried him out and he was great. The great thing about these two guys, is that they sing like angels; they’ve got great voices.

It comes in very useful. I wanna play songs from the old Stranglers’ catalogue; they are my songs, it’s what people want to hear, but I don’t carry keyboards. So, with the extra voices, it’s amazing what you can do. Sometimes I do the keyboard pieces on guitar, sometimes Pat plays them, and sometimes the backing vocals do them. Using all of that we’ve created new arrangements of the old songs. It’s really very refreshing; to play without keyboards.”

You are performing the show as two distinct sets, one solo and one Stranglers. Was there a strong reason or preference for doing it this way?

“Over the years, in fact the last time I came to Australia, I mixed them up,” he explains. “One of mine, then a Stranglers’ song, then another of mine… We’ve reached a point in my career now, where my management have said that it’s about time I started putting up a flag with my name on it, saying ‘this is my work’, separate from the band’s. It’s the first time we’ve done this and it seems to be going down great. The reaction from the UK, where we’ve just played, was that everyone loved the solo set. That’s good feedback for me. As long as that continues, I’m gonna continue doing it.

“Maybe I’ll never get to a stage in my playing career when I don’t have to play some Stranglers. As the solo catalogue becomes more familiar with people, maybe I’ll just do a short burst of Stranglers’ songs. I don’t want to show any disrespect to the work. I mean, they are songs I wrote or co-wrote, and I’m very happy with them. It’s a great body of work and it’s stood the test of time.

“It provides a living for the band that’s still going (The Stranglers), albeit with some new faces in it. It’s a testament to the strength of the songs. I don’t mind playing them but I don’t wanna play them the way they were played originally. That’s why I left; I didn’t wanna do that.”

Which leads us nicely on to Restoration, the bonus disc that comes with Monster – what made you decide to revisit those Stranglers’ songs in this way, both on the disc and in live performance?

“When we were discussing this whole Monster project with Sony, a record company and therefore in it for business reasons, and they wanted to maximise the appeal of the record. They said that the best way of doing that was to give something to The Stranglers’ fans. Something that they’ve never had before. They knew I did acoustic shows so they suggested I record some acoustic versions. I’d never been in the studio and recorded an acoustic album. It was like a red flag to a bull to me, a challenge.

“It was almost as hard work as making the Monster album,” Hugh says. “I’m very satisfied with the way it turned out. The selection of songs is unusual, and that’s because some of The Stranglers’ most famous songs don’t work acoustically. I’ve tried all of them. Peaches is really boring on an acoustic guitar – there’s nothing going on! Whereas Ships That Pass In The Night is very interesting.”

What else are you working on presently?

“I’ve got a new website, called Mr Demille FM, which is going to be launched as a podcast very soon. It’s to do with my passion for film. It has interviews with people in the film world, programs about people’s careers, and some of the music from their films – as a way of light refreshment, away from all the information. Hopefully people will download the podcasts and listen to them at their leisure, when they are on the running machine and stuff like that.” 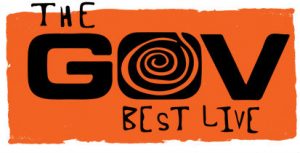