﻿Fear & Delight: A Mind-Blowing Three-Part Experience Of Food, Circus And Dance To Tantalise All The Senses – Garden Interview 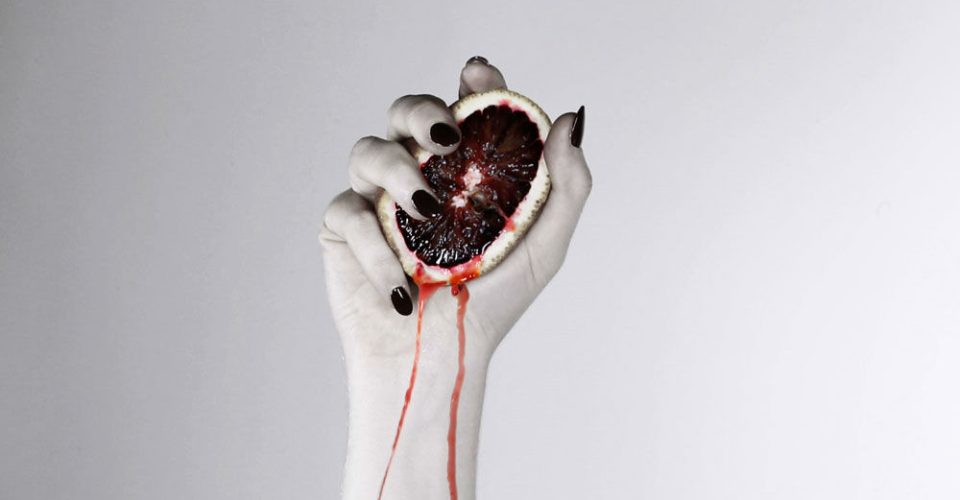 Strut & Fret, the creative team behind LIMBO, Cantina and Tom Tom Crew, are bringing to the Fringe what they describe as ‘a truly mind-blowing evening of music, circus, spectacle and culinary wonderment like nothing Australia has seen before.’ Fear & Delight is a three-part experience for all the senses with exquisite food made by top international chefs, mind-blowing circus performances followed by a fabulous night club: The Complete Experience, The Show And The Devil’s Lighthouse.

We speak with Director Scott Maidment and ask him he came up with the concept for a show like Fear & Delight.

“I’ve wanted to do something that involved food, a show and then a party afterwards for about 12 months now,” he begins. “I travelled around in April 2014 and saw a lot of ‘food and experience’ shows in New York, Las Vegas and London which kind of starting me thinking about the concept and developing the content. About mid-year I really hooked onto the music of UK DJs The Correspondents and spoke to them about the idea of using their body of music as the whole backbone of the show.

“I’ve been creating shows in Adelaide for many years. We started The Garden back in 2002 and began creating shows like Cantina and LIMBO, so Fear & Delight is the next evolution of what I’ve wanted to produce as a show.”

The mixture of talent that has gone into both Cantina and LIMBO has been fantastic. It’s a bit like throwing different ingredients together to create a brand new recipe.

“I talk a lot about that as well,” Scott says. “Making a show is like baking a cake; if you have good ingredients and you put them in the right combination, sometimes you come up with something fantastic. That’s definitely what’s happening with Fear & Delight right now; we have tons of great ideas, some great music, some amazing artists travelling in from all around the world and we just in the mixing phaseat the moment but the show is looking super exciting.”

Fear & Delight comes in three sections: the feast, the show and the dance club. The meal will be supplied by Netherlands food architects The Dutch Food Slingers – who operate Pigs On Fire within The Garden – along with a group of local food gurus including Adelaide’s The Happy Motel.

“The will be electro-swing music playing and a cocktail list arranged by Bompas and Par who are two English guys who cook like Heston Blumenthal; mists of gin and tonic, cooking with lava or lightning. This whole event is much morethan just a passive experience where the audience sits down and watches a show then goes and has a cup of coffee somewhere. If you do The Full Experience you can arrive at 8pm and still be partying on at 1am.”

Which Garden venue will this be held in?

“Ha! That’s a secret!” Scott laughs. “You will, however, have to enter at The Garden Of Unearthly Delights before heading off to different secret locations around Adelaide.”

So, that’s just one more level of mystique that you’ve added?

“Exactly! One of the things about this show is that the performance stage is actually a 14-metre square dining table. There is a church that becomes a dance party called The Devil’s Lighthouse – so the whole evening will be a super-interesting experience where people think they are coming to one thing but it’s actually something completely different!”

What’s happening during the performance part of the night?

“That part of the event is entirely based on the electro-swing style of The Correspondents who will be playing and singing live in the show,” he explains. “It’s great to have them in Adelaide again. They were last here for WOMADelaide and Falls Festival, but now their music forms the backdrop for the whole show.

“In terms of acts there are circus performers from Vienna, Brussels, the Canary Islands and Montreal. Some of these amazing acts have never been to Australia before. It’s all super exciting.”

Were you just sitting down one night, thinking to yourself… ‘Now, how much I can blow people’s minds with a show consisting of three of the most obscure acts/art forms?’

“Yeah, a little bit. It’s kind of been an evolution of different bits and pieces and has come from the type of show that I’d like to see and the kind of night I’d like to have; I want a funky meal, see a great show and then party afterwards. I think a lot of people are looking for more than just seeing a show these days; they want to be in the show and be involved in the show.

“The whole evolution of MasterChef, especially in Adelaide where people are really interested in food and drink and lifestyle experiences, I think this is something will be right up everybody’s alley.”

Tell us about the food.

“We’ve been saying it’s sort of like Heston Blumenthal-meets-Willy Wonka,” he laughs. “The food is all based on the idea of fear and delight, so they’re looking at things like Campari blood capsules, deep-fried crickets, edible sand and… I don’t really want to give any moreaway… except to say that the culinary adventure is as much themed as the show itself.”

You created LIMBO and Cantina and now Fear & Delight… so where would you go from here?

“I have a few things in my head. I’d like to dosomething around families; something mums and dads can take their kids to. But all of the shows I make are based on the music; and that really is the inspiration for a lot of the stuff that is going on. The music of The Correspondents is super cool so I’m really excited about this and putting it together with a great international cast is really exciting.”

Is there anything else about this entire experience that you want to tell us?

“I guess the thing is that people are so used to coming out to just see a show, and may even be questioning as to why they should see this on,” Scott says. “The thing is, it really is going to be a unique evening’s entertainment with a whole heap of special things happening – from what you eat and drink, what you see and where you dance and people you’ll meet and the guest artists you’ll see in the space.

“This year’s Fringe is called ‘Experience Something New’ and Fear & Delight is definitely the show you should come and see. This is so much more than just seeing a show in a tent or venue; you are going to get something very unique and different out of this experience.”

Fear & Delight – The Complete Experience begins at 8pm in The Garden Of Unearthly Delights from Fri Feb 13 until Sun Mar 15.

Fear & Delight – The Show begins at 9pm in The Garden Of Unearthly Delights from Fri Feb 13 until Sun Mar 15.

Click HERE to purchase your tickets to The Complete Experience.

Click HERE to purchase your tickets to The Show.