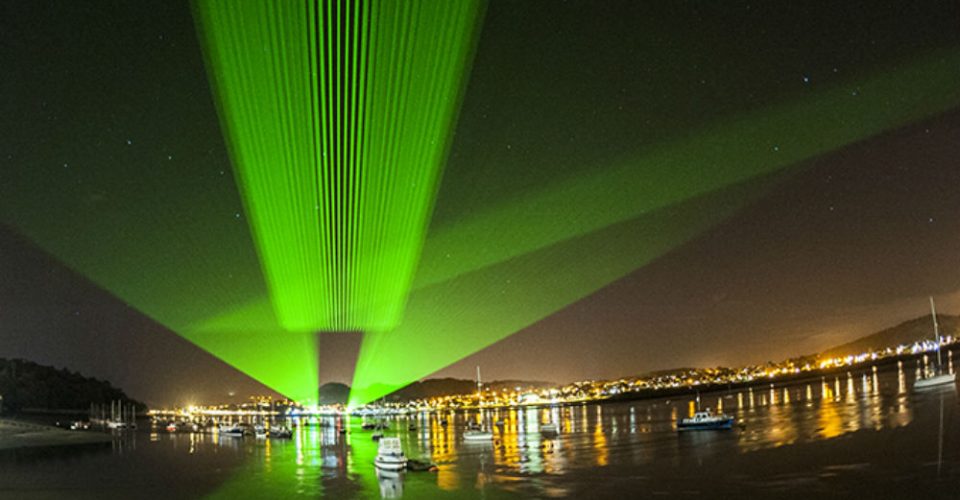 Thu Oct 16 marked the launch of the 2015 Adelaide Festival of the Arts Program at the William Magarey Room, Adelaide Oval. Artistic Director David Sefton began the evening’s procedures by revealing the 2015 Adelaide Festival poster; a modern interpretation on the iconic ‘double A’ from the inaugural event of 1960. The program for the 30th Adelaide Festival will feature a total of 42 theatre, music, dance and visual arts events, plus Adelaide Writers’ Week and will include 22 Australian premieres and 26 Adelaide exclusive events.

Blinc is the spectacular digital illuminations will transform the entire Torrens Riverbank and Festival Theatre precinct into canvases showcasing the best digital art from around the globe. This massive visual arts event that will light up the skies and structures of Adelaide is not only free but can be experienced every night of the festival.

The announcement of the theatre events were received with much delight. Presented especially for the Adelaide Festival, the State Theatre Company of South Australia presents Samuel Beckett’s trio of short plays with Beckett Triptych and feature three of Australia’s greatest actors, Paul Blackwell, Peter Carroll and Pamela Rabe.

In a perfect fusion of film, theatre and music Canada’s Nufonia Must Fall features world-renowned turntablist, music producer and graphic novelist Kid Koala (Eric San) as he brings his award-winning graphic novel of the same name to life in a multi-disciplinary puppet show, directed by production designer KK Barrett (Her, Being John Malkovich) featuring the Afiara String Quartet.

SmallWaR is the follow up piece to the critically acclaimed 2014 season of BigMouth from Belgian writer Valentijn Dhaenens. This is a poignant meditation on war’s physical and emotional fallout set against mind-blowing digital theatre

In a new work by Italy’s Chiara Guidi of Socìetas Raffaello Sanzio and a team of Australian artistic collaborators including Jeff Stein, Jack And The Beanstalk puts a dark twist on this classic English fairy tale with the perfect blend of theatrical storytelling, puppetry, physical theatre and live music, and is suited for children aged 7+.

One of the UK’s best known performer with a disability Mat Fraser, acclaimed American burlesque star Julie Atlas Muz and award-winning director Phelim McDermott (Shockheaded Peter) have teamed up to create an adult retelling of Beauty And The Beast that playfully confronts disability and sexuality head-on, exploring the beauty and beastliness in us all.

Three cardinals in crimson robes are on a mission to spread a message of redemption with their evangelical puppet show in The Cardinals, a witty and wordless Biblical odyssey from the masters of innovative and thought-provoking theatre, Stan’s Cafe (UK).

Adelaide Writer’s Week is also celebrating its 30-year milestone. Director Laura Kroetch says that this years event has a focus on contemporary culture, our obsession with money, modern marriage and food and how that is reflected in the stories that are being written.

The announcement of the Festival’s music events were certainly a highlight of the evening.

Danny Elfman’s Music from the Films of Tim Burton celebrates one of Hollywood’s most sought after composers, Danny Elfman (USA) and his enduring and successful partnership with Tim Burton. Burton’s famous film scores will be performed by Adelaide Symphony Orchestra and Adelaide Festival Chorus with visuals of Tim Burton’s original film illustrations on the big screen. Films of note include The Nightmare Before Christmas, Edward Scissorhands, Batman, Alice In Wonderland, Frankenweenie, Corpse Bride, Beetlejuice, Charlie and the Chocolate Family and Pee-Wee’s Big Adventure.

The concert will be led by award-winning American conductor John Mauceri with special guest appearances by Australian songstress Bertie Blackman and the Australian exclusive appearance by Danny Elfman. The concert also features the youngest performer in this year’s festival, nine-year-old Adelaide boy soprano Charlie Wells and is the first Adelaide Festival of the Arts event to be held at the Adelaide Entertainment Centre.

A concert version of the Broadway musical Fela!, Fela! The Concert traces the remarkable life of Fela Kuti and evokes the spirit of his infamous Afrika Shrine nightclub performances through live music, dance and archive footage.

Richard Thompson Electric Trio features guitar virtuoso and British folk rock legend Richard Thompson and his band in concert for one night only. The trio will bring music from across Thomson’s thirty plus years as a solo artist and recent studio album Electric.

One of the world’s most important living composers Gavin Bryars (UK) leads a series of concerts and a chamber opera in Gavin Bryars in Residence. Bryars will conduct the Adelaide Symphony Orchestra in a performance of his well-known early work Jesus’ Blood Never Failed Me Yet; he will perform with the Gavin Bryars Ensemble in two chamber programs and join Canada’s Aventa Ensemble playing double bass in the Australian premiere of his latest chamber opera Marilyn Forever.

Blow the Bloody Doors Off!! (UK), celebrates the music featured in four of Michael Caine’s most iconic films, Alfie, The Ipcress File, The Italian Job and Get Carter. UK Musical director and multi-instrumentalist Terry Edwards leads an ensemble including Adelaide’s Zephyr Quartet in a concert performance hosted by Britain’s Phill Jupitus (Never Mind the Buzzcocks), accompanied by scenes from the films.

South Africa’s Abdullah Ibrahim is undoubtedly on of the world’s greatest pianists and will perform an exclusive solo show in celebration of his 80th birthday and the release of his album, The Song Is My Story.

The Experiment is a stunning and immersive hybrid performance by acclaimed Australian composer and producer David Chisholm, based on British playwright Mark Ravenhill‘s dark monologue of the same name.

Other Adelaide Festival of the Arts musical programming highlights include the 30th anniversary of The Australian String Quartet with Remember Tomorrow, Canada’s Tafelmusik Baroque Orchestra as they explore music and art in House of Dreams, and the Adelaide Chamber Singers who will present two nights of Arvo Pärt’s Passio.

The icing on the cake of the Festival program is undoubtedly the four-day feast for all the senses – WOMADelaide. Adelaide’s stunning BotanicPark will play host to one of Australia’s most loved and distinctive world music festivals, from Fri Mar 6 to Mon Mar 9.

The Adelaide Festival of the Arts takes place in and around Adelaide from Fri Feb 27 until Sun Mar 15. Book at BASS on 131 241 or bass.net.au