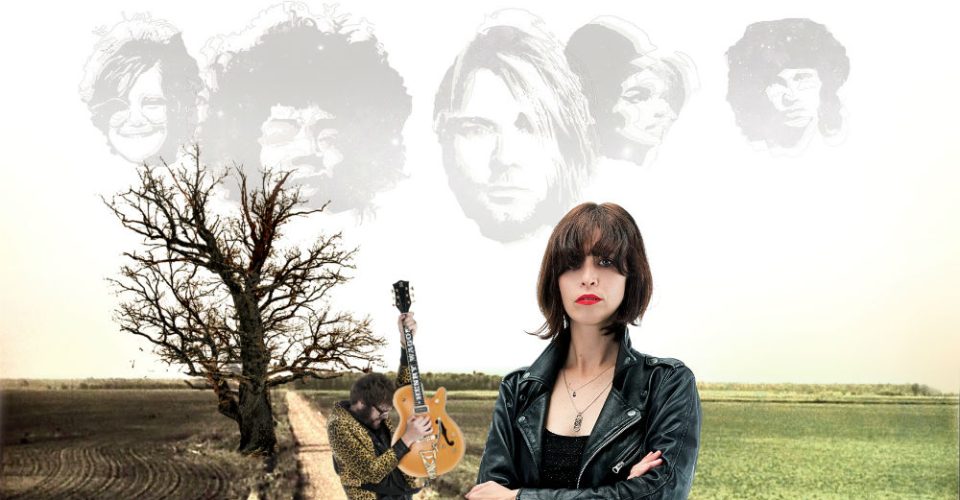 What do Amy Winehouse, Kurt Cobain, Janis Joplin and Jimi Hendrix have in common? They all died at the premature age of 27, giving them all official membership of a mythical ‘27 Club’ alongside founding member Robert Johnson. In a world premiere at the Adelaide Cabaret Festival, 27 Club remembers the music from artists who famously died at that age.

“It’s a celebration of the music from artists that clocked out at the age of 27,” she begins, “and there’s quite a few of them; all were damn good amazing artists. 27 Club takes that common thread that runs between their music and their lives and pieces it all together. None were known for being cabaret artists, and that’s what makes this show really interesting. The performers all really great singers/musicians, so it’s kind of like rock‘n’roll cabaret I guess, albeit somewhat bittersweet.”

Will the stories just be told in the music or is there some kind of narration that links the songs?

“I don’t want to give too much away,” Carla says, “but there’s definitely going to be a bit of narration and a whole lot of singing and playing, both together and solo.”

27 Club was co-written by Director Tahli Corin and Joshua Tyler, with musical direction by John Thorn. Carla tells us about the other talented artists that will share the Dunstan Playhouse stage.

“Daniel Champagne is a great singer and quite the guitar player. He’s about to do 40 dates across the US. Friends that have played with Daniel can’t speak highly enough of him so I’m really excited to meet and work with him. Henry Wagons is very cool; a great performer and songwriter, and a real personality – personality plus – and he now has his own show on Double J, which is fantastic.

“Hayley Mary (The Jezabels) is just an amazing singer. I’ve seen her perform a number of times and she is just incredible; what natural talent she has! Hayley is an absolute powerhouse, vocally, so it’s kind of like ‘Oh my god, the pressure!’ The level of talent onstage will be something to just go and watch. Each of us will approach the performance in a differently; everyone doing things in their own way. It will be interesting to see how that all blends together.”

Do you have any theories as to why so many musicians have died at age 27?

“There are a lot of reasons,” Carla suggests. “If you feel things are emotionally too heavy, you can sometimes do things to your body which aren’t the best. The world can be a lot to bear as can the music industry. I think people get screwed over which can also take a toll.”

The notion of fame can be extremely difficult for some. You can’t venture to places regular people go.

“That was definitely the case for Amy Winehouse,” she agrees. “The English tabloid press followed her relentlessly. They were literally outside her door 24 hours a day. I’ve seen so much footage of her just kind of like – she’d have a party at her house as you do, just as normal people do, and as she’s saying goodbye to someone and they’re up in her grill just filming. It’s shocking.

“Amy had it really tough. She liked doing normal things like going to the pub, playing pool and having a beer with her mates. That’s the kind of person she was. She was an artist but got absolutely obliterated by the press.”

There are obviously some really famous people in the 27 Club: Amy, Kurt Cobain, Jim Morrison, Janis Joplin… it’s quite a long list of people; some that many may have never heard of. Are there going to be any musical surprises in the set list?

“I think we’re mainly doing songs that people know, but they will be done differently than what they may recognise. That’s where the surprises are – in the reinterpretation of songs that are well-known and quite famous.”

“For me, just having those three singers up on stage, and myself included, is the major drawcard,” Carla says. “I, personally, want to see all these people play live. It’s going to be so good! If I wasn’t in the show I’d want to be in the audience! I’m really excited about it actually. It’s going to be great. I’m just excited to be playing with such great artists.”