A NOISE DOWNSTAIRS by Linwood Barclay: According To Type ~ Book Review 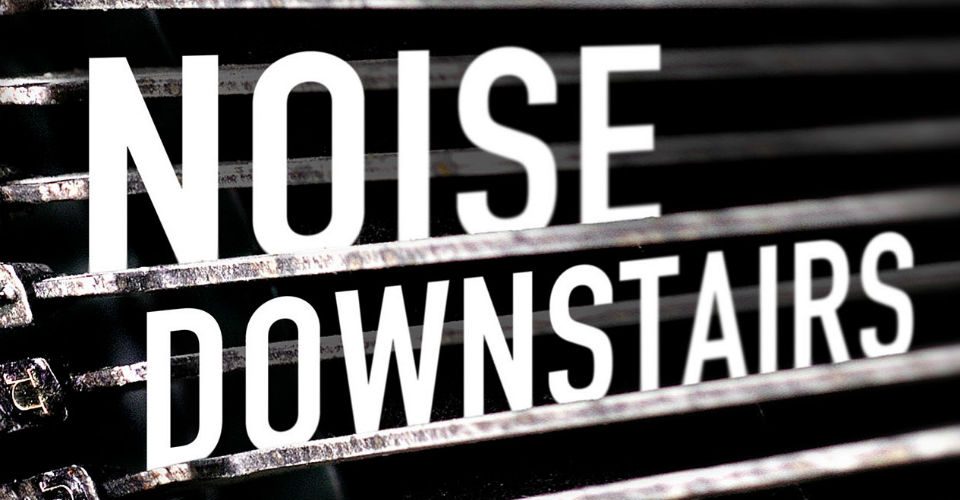 The latest from the prolific Barclay, “a suspense master” according to Stephen King and probably best-known for the ‘Promise Falls Trilogy’ (Broken Promise, Far From True, The Twenty-Three), is a Long-Island-set psychodrama with a slightly unusual premise, an amiably unreliable narrator and a final act that doesn’t really live up to the craftily compelling first two. 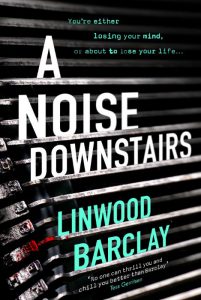 Academic Paul Davis is introduced getting whacked over the head by a homicidal work colleague named Kenneth Hoffman, and we then cut to eight months later with Kenneth incarcerated and Paul suffering memory lapses, strange ideas and general confusion. When his nice wife Charlotte brings him home a present in the form of an old-school typewriter, and this mysteriously manifests ominous sentences in the dark of night, Paul thinks he’s going crazy while Charlotte worries and his young son from his previous marriage gets creeped-out. And already you’ll be racing ahead and suspecting everyone, although Barclay does a Stephen King trick and tries to manipulate you into wondering if there’s a supernatural explanation for what’s going on, but if you know how Barclay’s darkly realistic plots operate then you probably won’t be sucked in.

Paul’s psychiatrist Anna White has her suspicions too, and while she secretly (and fairly unethically) investigates one of them – the activities of her increasingly nutty client Gavin Hitchens – she also cares for her Dad, who’s suffering from dementia and also has a background in animation work. And this leads to passages where he fondly remembers Warner Brothers Roadrunner cartoons, and here you can’t help but think that there’s some time-wasting padding going on and you’re obviously being distracted from something pretty important.

Nevertheless, this should prove an entertaining read for Barclay groupies and first-timers alike (it’s a stand-alone piece and not from a series like his Zack Walker books), and it’s certainly preferable to being banged over the noggin with a shovel.