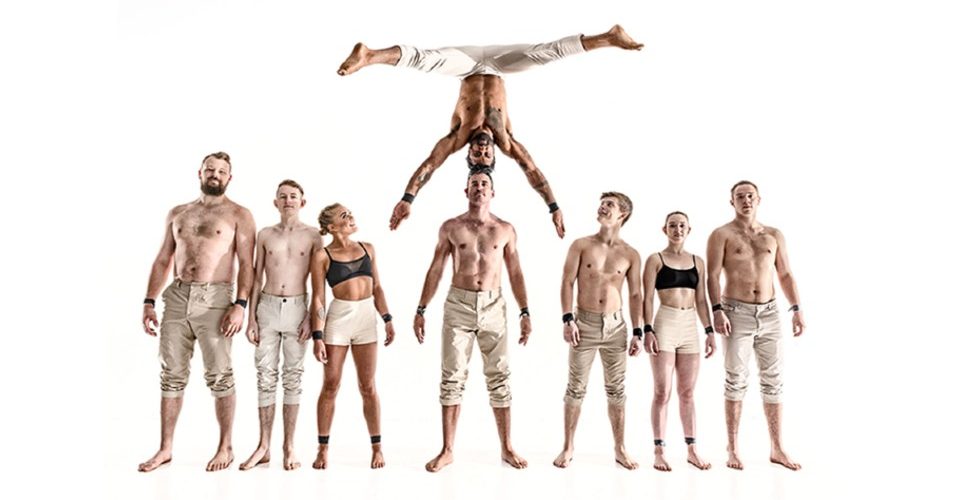 Gravity & Other Myths (GOM) is an internationally renowned circus company formed in Adelaide in 2009. Their show A Simple Space was last performed at the Adelaide Fringe in 2018 to a rapturous response. In 2019 their show Out Of Chaos featured as part of the Adelaide Festival.

We speak with performer Annalise Moore to find out more about the show and begin by asking where A Simple Space had been performed since last in Adelaide in 2018.

“The show has been all over Europe along with several stints in various countries including America, United Kingdom, Canada, China, Mexico and South Korea.”

Is it largely the same cast as previously or are you introducing new members?

“Since the last Adelaide run, the company has expanded,” Annalise says, “and we’ve got a brand new cast that has revamped the show.”

Does A Simple Space attempt to tell a story or is it a more random collection of acrobatic feats?

“It explores real human connection and relationships through games and challenges the cast bring upon each other.”
This is only one show from the Gravity & Other Myths roster. Why was this one chosen again for Adelaide?
“A Simple Space was chosen as it has been revamped,” she says. “We wanted to bring our new and improved show back to our stomping ground to show Adelaide that we’re pushing the limits even further than before.”

As I recall this show is entirely suitable for the whole family?

“Exactly, it’s a perfect show for all ages.” 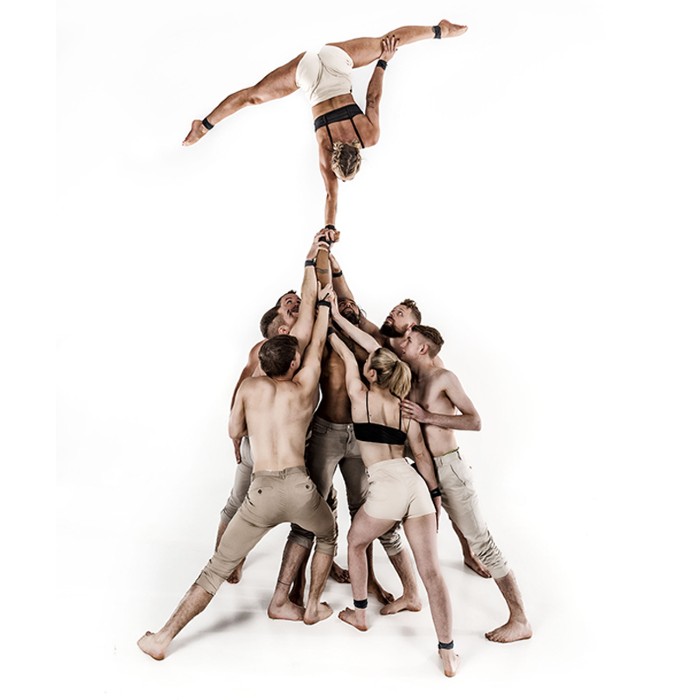 Because of the intimate nature of the show you are often very close to the audience. Has this ever resulted in any amusingly terrifying experiences (for audience or cast)?

“Oh absolutely!” Annalise says. “It’s all part of the fun. We want to bring audiences in as close as possible whilst keeping them safe. We haven’t had people in harm’s way but a bit of acrobat sweat is always a treat, right [laughs]?”

“Our acrobats pushing their bodies to the limits; just when you think it’s over, they keep going, bringing new challenges to the table.”

Do you use music or other sound effects to soundtrack your performance? Who is responsible for this?

“Yes, we have all original music for the show which is performed by our drummer; including his own ‘body percussion’ piece.”

A Simple Space is performed with a good deal of camaraderie and humour. This adds to the enjoyment of the show?

“We don’t act anything in the show; they are all our genuine reactions with each other,” she says. “We want to show the audience what our group dynamic is like and let the audience into our world. If it makes the audience smile, than that’s great!” 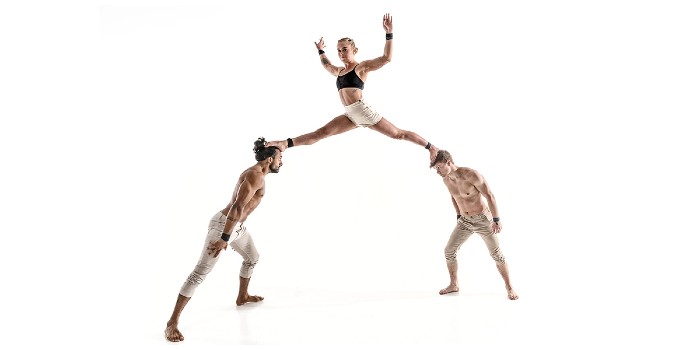 How long does it take, firstly to warm up, and then to wind down after a performance? Last time I noticed both of these activities taking place outside among Fringe goers, so you are not afraid to show the audience how it is done?

“We usually have a two hour show call prior to the show to warm up our bodies and get ready for the show,” Annalise says. “Post show, we set aside 30 minutes to cool down and take any notes to help improve our next show. Fringe is all about word of mouth and making people aware of your show, so if we take some of our warm up time to go out in the gardens and show off some skills this usually helps us get some extra interest towards the show.”

Is there anything further you would like to bring to our attention?

A Simple Space performs at The Octagon at Gluttony from 8.10pm until Sun 15 Mar.