A Special Day: Love Is Like A Box Of Chalk… ~ Adelaide Fringe 2020 Interview 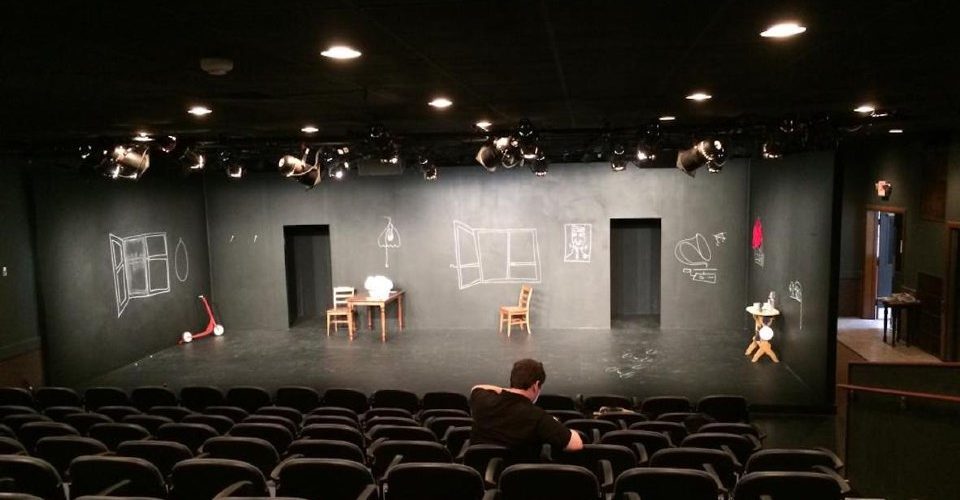 Two characters and a piece of chalk is all that is needed to bring to life A Special Day – the story of a life changing chance encounter between two neighbours at a time of political unrest, which also shines a light on the way we humans relate to each other and learn as we go along.

Inspired by the Italian film Una Giornata Particolare and performed in English by Mexican actors Antonio Vega and Ana Graham, we speak with Antonio and begin by asking him to tell us who wrote the stage play adaptation that they are bringing to Adelaide Fringe 2020.

“A couple of artist friends from Mexico, Laura Almela and Daniel Gimenez Cacho, came up with the idea using Ettore Scolla’s film as the inspiration for a show. They didn’t write a theatrical script, they focused on the two central characters and devised the show.”

Antonio tells us that A Special Day is presented by their Mexico City-based company Por Piedad Teatro and America’s PlayCo – one of the few theatre companies in New York that specialises in producing and developing works by international playwrights and theatre artists.

“A few years ago we were looking for a partner to co-produce our first show in New York and were very fortunate to cross paths with PlayCo,” he says. “We discovered our mission and vision were somewhat similar and that made our collaboration very successful. A Special Day was our first co-production and the beginning of a long term working relationship.”

With such minimal props, how do you best go about conveying the story to your audiences?

“We use the audience’s imagination and a few pieces of chalk,” Antonio says. “At the top of the show the only thing that the audience see is the three walls of a black box. Once the show starts, if we need a window, we just draw a window on the wall, if we need a mirror, we draw that too. At the end of the show, you can tell that something intense just happened by looking at the walls.”

What memorable responses have you had to your work so far?

“A lot of people approach us at the end of the show; they usually tell us how much they liked the idea of us creating the set with chalk or they talk to us about a specific moment in the show that touched them. I remember this one time when a lady was being rude to the ushers and to some members of the audience before the show started,” Antonio says, “At the end of the play she apologised for her behaviour and told us that she had had a terrible day, with the snow storm and the public transport, or something like that, and the play had touched her so deeply that her mood totally changed and she felt ashamed that she had been grumpy but very happy that she had the opportunity to see the show.

“We love to be able to witness firsthand how theatre can have a positive impact on people, even if it’s something as little as changing someone’s mood for a day.” 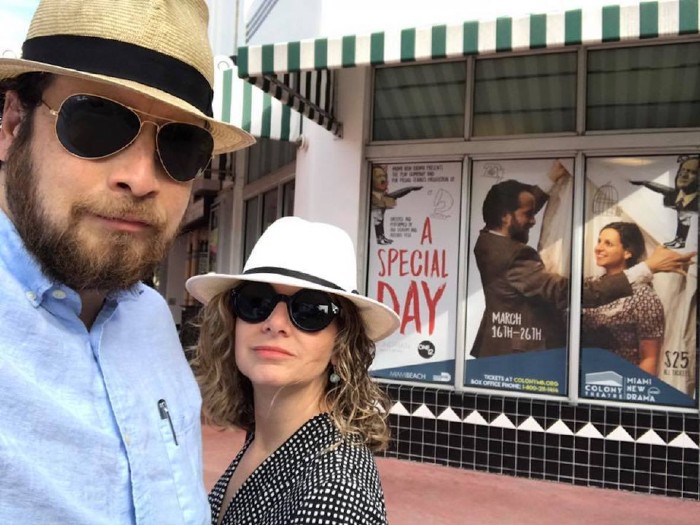 Where else have you performed A Special Day outside of Adelaide and Edinburgh Fringe, and how did it go?

“We had a full run at 59E59 Theatres in New York City where we received great reviews, including a very positive one from The New York Times and a season extension,” he says. “We performed the show at the M1 Singapore Fringe where the audience were mostly young students that seemed to enjoy the play a lot, later the moderator at the talk back was a little tense when we addressed the sexual orientation of one of the characters because homosexuality is officially against the law in Singapore.

“We also did Prague Fringe where the show won the two main awards,” Antonio adds. “We had another full run of the show at Barrington Stages in Massachusetts, two short seasons at the Colony Theatre in Miami and were part of the Wisconsin Rapids Mardi grass Festival. Audiences love the show everywhere we go. We enjoy doing it so much that even though we have been doing it for five years we do not want to retire it from our repertoire.”

Has the play changed at all since your last performance in Adelaide?

“The show has grown since the work in progress we did at the Flea in New York, and we have done the show more than three hundred times. Now we allow ourselves to play more and we are trying new things constantly, however the essence of the play remains the same.”

One quote stated that you are “actors who believe in theatres potential to change the world: one play at a time.” Do you agree with that statement?

“Yes, although it’s not that we believe that we are going to change the world, that would be immensely pretentious,” Antonio says, “but we do think that a play can put questions out there that prompt people to change their minds about a controversial issue, it can help broaden someone’s horizons, make someone feel represented or feel inspired or feel deeply moved, and those little changes multiplied by a big number of individuals and a big number of plays can represent a lot of change.”

Do you have any other projects in the works that you would like to share with us?

“As soon as we get back from Australia we will begin rehearsing our new show in Mexico which is a Martin Macdonald play called The Beauty Queen Of Leenane. We are also in the process of developing a couple of shows with the specific goal of touring with them. One is a reduced version of The Duchamp Syndrome, a play that I wrote and Ana and I co-directed, and the other one is an uplifting show about depression called Django In Pain that I’m currently writing.”

This is a return visit for you so what are you looking forward to most of all during your Fringe season?

“The ocean and the beaches, the festival and its amazing shows, the artists from around the world and the wonderful audiences in Adelaide.”

“It’s a tough question, probably Neapolitan or some other flavour made up of a mix of different flavours.”

Click HERE to watch a video look at A Special Day.