by Ian Bell… welcoming the return of ABBA.

What crazy times we live in: corruption, extremism, little or no compassion for the rights of humans and animals, we have terrorism, fake information, war, the growing gap between the poor and wealthy, global warming… oh, and then there’s the pandemic! Don’t get me started on the anti-vaxxers and anti-maskers who refuse to play their part is solutions and prolonging the agony. And for people like myself, whose entire life revolves around music, the shutting down of venues, live music, touring and the human interaction that goes with all those things, has been taking its toll for almost two years now. People are longing to be with the ones that we love, to hang out with and hug our friends, to celebrate our lives, to be able to gather and laugh and sing and dance. The world has been a dark and unhappy place.

But then… through that darkness, a beam of golden light… Four Swedish gods ride over the horizon like avenging Valkyries to save the world with pop music. ABBA have returned!!!!

Their return was not a complete surprise of course. We have known for three years that there was a couple of new songs that would be part of a ‘virtual’ ABBA live concert experience. But things took a little longer than expected and then COVID-19 happened meaning the potential tour was jeopardised and so we waited. In the early hours of Thursday morning 200,000 people around the world, watched and listened with a collective and breathless anticipation of what would be announced. The answer was incredibly exciting. An entire new ALBUM from ABBA called Voyage will be released on Fri 5 Nov, 2021; ten new songs featuring all four original members Benny Andersson, Björn Ulvaeus, Anni-Frid Lyngstad and Agnetha Fältskog. 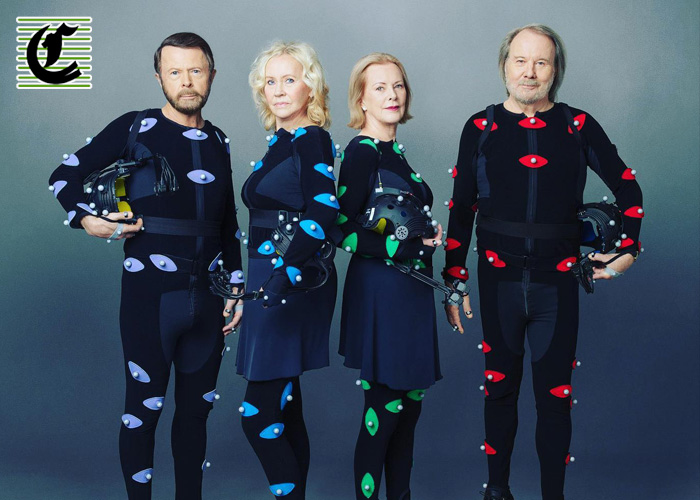 Then In May 2022 they launch the ABBA live experience at a purpose built, 3,000 capacity venue in London. It will be a full concert experience with a ten-piece live band, state of the art lighting effects and ground breaking ABBAtars of the four Swedes. Using incredible motion capture (160 cameras) with digital artists and technology, each member has been captured and rendered as their 1979 selves. So what we will we seeing is not an impression of, not an impersonation of, not a cover band of, but actually Abba performing 22 songs in a 90-minute show, but in digital form. It promises to be unlike anything we have seen before. The digital ABBAs have been produced by George Lucas’s industrial Light & Sound.

Some people are saying they ‘should just get out and play live’, but given they turned down $1 billion plus, to do a world tour because they felt they were too old to get out and do the same kind of show they used to, and they didn’t need the money. That was in 2000. So the chances of the quartet, who are now all in their seventies, doing a conventional concert tour was never on the cards. Doing something different though appealed to their nature. This was a way of rewarding the love and devotion of their legions (and generations) of fans with something special and unique, without all the travel, persistent hounding from the press, paparazzi, fans, etc. But everything about this return is 100% on ABBA’s ‘brand’.

By that I mean, the two songs we have now heard are completely ABBA songs. They sound like they could have been on The Visitors album in 1979. I Still Have Faith In You is a classic ABBA ballad, powerful, emotional, lyrically moving and musically peerless. The song Don’t Shut Me Down, has the same sort of feel as The Winner Takes It All, starts slow and with a lovely nod to Dancing Queen’s opening piano run, it kicks into the mid-paced chorus a seventies sax solo. Is it Mamma Mia? No but it’s a bloomin’ killer. Lyrically both songs are, as ABBA songs often are, layered and have several meanings. I Still Have Faith In You, on one level is about old relationships that have been through a lot, but it is about themselves, will they after forty years be able to recreate that magic, the doubt of themselves and each other.

Do I have it in me?
I believe it is in there
For I know I hear bittersweet song
In the memories we share

We do have it in us?
New spirit has arrived,
The joy and the sorrow
We have a story and it survived 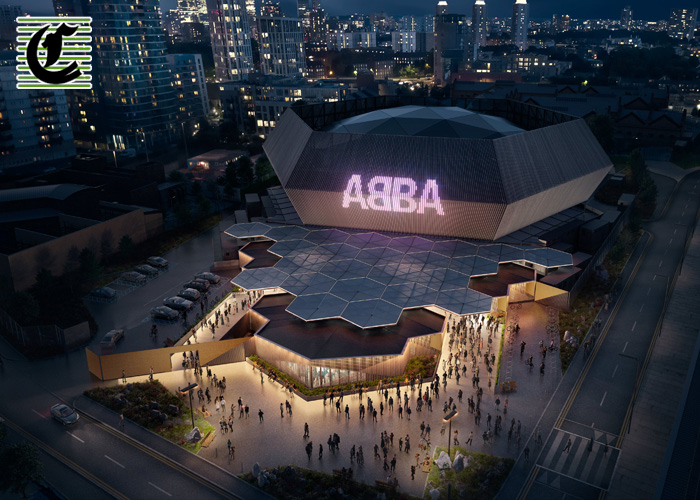 Watch ABBA – I STILL HAVE FAITH IN YOU

Part of what makes a new ABBA record shine so bright is they have stayed absolutely true to themselves. There are no vocoders. No drum machines. No rap breakdown in the middle. There is no endless line of guests (featuring Charlie XCX, etc). No attempt to ape current sounds or artists. Just ABBA being ABBA. Anybody who was worried about them giving us a dud after 40 years can breathe easy. I am looking at you Tot Taylor (I love this song by the way).

They even seem to be addressing the whole ABBAtar question:

I feel it would be fair to say
You look bewildered
And you wonder why I’m here today
And so you should, I would

I’m not the one you knew
I’m now and then combined
And I’m asking you to have an open mind
I’m not the same this time around
I’m fired up, Don’t shut me down.

Watch ABBA – DON’T SHUT ME DOWN

Over the past couple of days I have regularly burst into tears listening to this song. It is like they are asking our permission to re-enter our lives. Let’s remember we have a past, both good and bad but my heart is here if you still want it. Like many ABBA songs there is a surface, but below that, they will kick you in the feels. Some people might have been hoping for a bigger pop banger but I love it more with each listen, and the remixes have already started.

I spent some time yesterday trying to think of any other iconic and beloved band that could pull off this kind of resurrection. I don’t think it’s possible. Most iconic outfits have original members who have died, or long and deep rooted interpersonal issues. The Beatles can’t do it. The Rolling Stones, The Doors, Led Zeppelin, AC/DC etc. they are all missing crucial elements that can not be replaced or duplicated. I mean sure you can go and see ‘Queen’ but, it’s not really Queen is it? It is an approximation with half of the band and no Freddie Mercury. 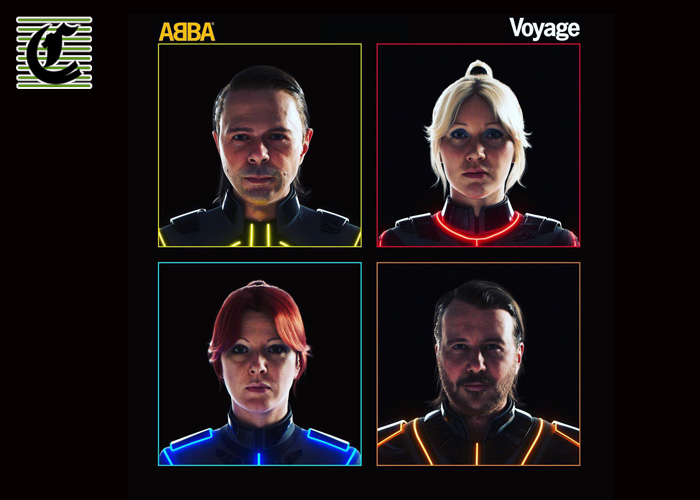 The idea that we once again live in a world with ABBA making new music is overwhelming to me. I have been immersed in their music for close to half a century and my love of them and their perfect pop have never ever left me, waned or faded, I have championed them, defended their honor and argued their worth with passion and gusto with many musical ‘purists’ who have been foolish enough to be dismissive of the music of ABBA. ‘Nursery rhymes’ a prog rock fan declared to me once. My answer is generally the same to such sweeping bias and snobbery.

Well actually I have two reactions. One is ‘fuck off, you are an idiot’, but usually my position is this. If it the music of ABBA so simple as to be dismissed as a ‘nursery rhyme’, it should be easy for any rudimentary musician to do the same right? So feel free – you go away and write a song as good as any ABBA song, it doesn’t have to be one of the hits even, any B-side or album track. Come back with a song that is as fully laden with melody, counter melody, incredible harmony, complicated lyrics, hooks by the bucket load, that appeals to everybody from infants to grandparents, that you can sing-along to after you hear it for the first time; a song that millions of people will have as a permanent part of the soundtrack to their lives for the rest of those lives.

I’ll wait just over here. And when you return in 30 years and admit that you couldn’t do it, that those songs were more complicated than you thought, that they had so much incredible musicianship, impeccable pop sensibility and utter craftsmanship that you didn’t recognise over the catchy chorus’s and the kitsch ‘70s costumes, when all that sinks in we can still be friends. I’ll make a cup of tea and we can sit and listen to Arrival together and marvel at its pop perfection together. I won’t shut you down.

ABBA – Thank you for the new music, you have just made the world a better place – again.

The brand new, ten song album from ABBA, Voyage is released worldwide on November 5th. The Abba Voyage concert series commences at the Abba Arena , Olympic Park London on May 27, 2022.