Abbott! The Musical: A Comedy Of Political Errors Dished Up Prime Minister Tony Abbott And His Merry Menagerie – Interview 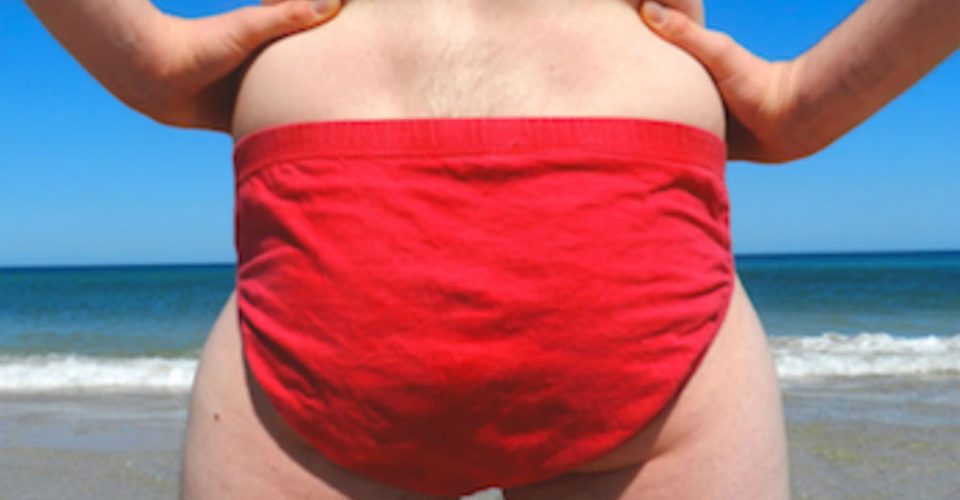 Following a sold-out season at the 2015 Adelaide Fringe Festival, Abbott! The Musical is back with a bigger band, larger theatre and newly added material due to the constantly evolving political sphere in Australia. Presented by George Glass Productions, this contemporary rock-musical comedy revolves around Prime Minister Tony Abbott and is for audiences of all political preferences – although it is certain to please those who aren’t big Tony Abbott fans.

The Clothesline speaks, via email, with writer and actor Nicholas Conway who performs the role of Tony Abbott. We begin by asking what inspired him to write a show about the current Prime Minister.

“We believe that all rulers should be exceptional and Tony Abbott is the exception to the rule. To quote Tony Abbott, ‘politicians are going to be judged on everything they say’, which is probably the most true thing Tony has ever said. Like many people in Australia, we want to hold him accountable, and we want to have fun doing it,” Nicholas explains.

“The focus of the show is on Tony Abbott,” he continues. “We try to stay away from being for or against any political party. We have had Liberals, Labor and Greenies come and they all enjoyed the show for its exposition on Tony Abbott.”

Abbott! The Musical received 4-star reviews during the 2015 Adelaide Fringe Festival. What have the audience reactions been like?

“The response has been great. The last few performances at the Adelaide Fringe had quite a bit of audience participation. I think it’s quite an eye-opening show.”

What characters get the biggest reactions?

“Joe Hockey certainly gets the biggest reaction when he sings his song F*** ‘Em All during the budget scene,” Nicholas says. “Peta Credlin also gets quite a few laughs with her very direct tone and of course Tony Abbott gets plenty of gasps and laughs. His song Misogyny, Me? is a big crowd favourite.”

What has changed since your Adelaide Fringe performance?

“We have introduced a full band, more actors, added more scenes and more music. We have also tailored the scenes from the Adelaide Fringe run so that they run more smoothly. Taking out bits that didn’t work, and expanding on things that did.”

How might Abbott! The Musical compare to the hugely successful Keating! The Musical. Why do politicians work so well in musical comedies?

“It’s very different to Keating! which was more of a fond reflection of a man who was once in politics whereas Abbott! is about a man who is currently in power and the show is still being written,” he says. “The script is constantly changing night to night to keep up with anything new that happens, which keeps it fresh and keeps our actors on their toes. I think politicians work well because the role demands authority, intellectuality and common sense, but often they don’t have control over all three (this is certainly true in Abbott’s case), so it’s fun to poke the old bear with a stick.”

The promotional photo of the red jocks is a little disturbing. What has the feedback been about the photo? Are audience subjected to speedos on stage too?

“We get that a lot! There are definitely no speedos on stage,” Nicholas reassures us.

George Glass Productions was created by Daniel Murnane, Ali McMichael and Nicholas Conway, specifically as an eccentric musical comedy theatre company. The original music for Abbott! The Musical is written and performed by Murnane, McMichael and Conway. This new larger production also adds Mikka Ewens, Will Maitland and Laura Desmond to the stage and features a live band that consists of guitarist Jason Geddie, pianist Andrew Casey and drummer Ben Fox.

“Daniel, Ali and I all met at St Mark’s College in 2011 and performed our first Adelaide Fringe show the following year,” Nicholas explains. “In 2014 we began expanding our oeuvre and our material evolved to incorporate the absurd, political and the musically raunchy. We also ventured outside of Adelaide taking our 2014 Adelaide Fringe show to the Melbourne International Comedy Festival and Melbourne Fringe.

“The company produced a double-bill for the 2015 Adelaide Fringe,” he adds. “While writing Money Shot!, a musical history of internet pornography, Channel Nine’s Kevin Crease Studio offered to support the group with free venue hire, and the opportunity to present a second tandem production. We all got together and Abbott! The Musical was conceived.”

George Glass Productions is a reference to an imaginary boyfriend that the unlucky-in-love Jan Brady created in The Brady Bunch television series. Do many people get the reference?

“Hardly anyone gets it and I don’t blame them,” Nicholas says. “In most of our skits and sketches we have a George Glass character; he changes job, gender and species from sketch to sketch. So the idea is that no one really knows who George Glass is or even what he is. George Glass is our collective imaginary boyfriend and he can be whatever we want him to be. Also we thought that A Very Brady Movie was pretty funny.”

“If you like live music, comedy, satire and enjoy the arts scene, you should definitely take the time to do something different and check out our musical. It’s better than sitting at home watching The Block.”

Abbott! The Musical performs at Star Theatre, Sir Donald Bradman Drive, from 7.30pm on Wed 27 May until Sun 31 May.

Tickets available through Eventbrite at www.eventbrite.com.au. Click HERE to purchase your tickets.