ACT LIKE YOU GOT SOME SENSE by Jamie Foxx: Hit The Road, Jamie ~ Book Review 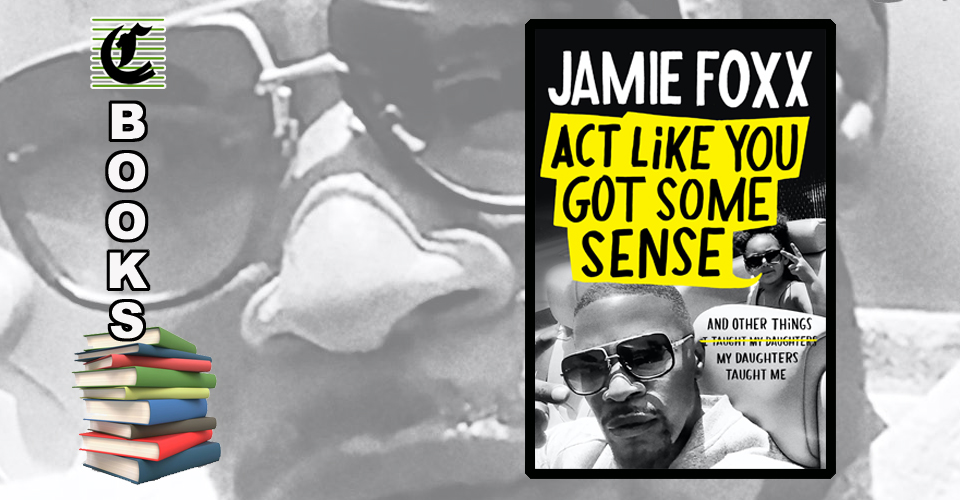 Comedian, muso and Oscar-winning actor Foxx’s first volume of autobiography is constructed less as a how-I-made-it-in-Hollywood page-turner and more as a somewhat self-impressed study of his relationship with his daughters Corinne and Anelise, both from different mothers (as he keeps on telling us), and with a fair few years rather trickily between them.

Subtitled “And Other Things My Daughters Taught Me” (supposedly changed on the cover from “And Other Things I Taught My Daughters”), this has many sweet memories of how hard he changed his partying lifestyle to be a proper Dad and attempt to give his girls a non-celebrity upbringing, and yet the best bits are, in fact, the details about his life. With a grammatically incorrect title taken from his fierce grandma (and more than a few grammatical liberties deliberately taken throughout the text), this is interesting in what it leaves out too: what exactly happened to the relationships Jamie (a.k.a. Eric Marlon Bishop) had with the two Moms, for example? He’s not really sayin’.

Growing up in Terrell, Texas, Jamie/Eric was estranged from his parents and lived with his grandparents, and although he writes with warmth and affection about grandma (who also looked after lots of lost kids in the local community), his efforts at making light of his violent grandad are less successful. It is nice, however, that, although his extended family was such a mess, so many of them now live in his big, fancy home and get along together awfully well.

And then there’s all the ascent-to-stardom stuff: being selected in the early ‘90s to appear on TV’s hit series In Living Color; enjoying major success with The Jamie Foxx Show; clashing with Oliver Stone as he auditioned over and over, hoping for his serious dramatic break in Any Given Sunday; and succumbing to endless hedonism, only to be pulled back, time and again, by his long-suffering daughters.

Yes, he did have to eventually act like he HAD some sense.

Tags:  Act Like You Got Some Sense Any Given Sunday Dave Bradley Hachette Australia In Living Color Jamie Foxx Oliver Stone The Clothesline The Jamie Foxx Show