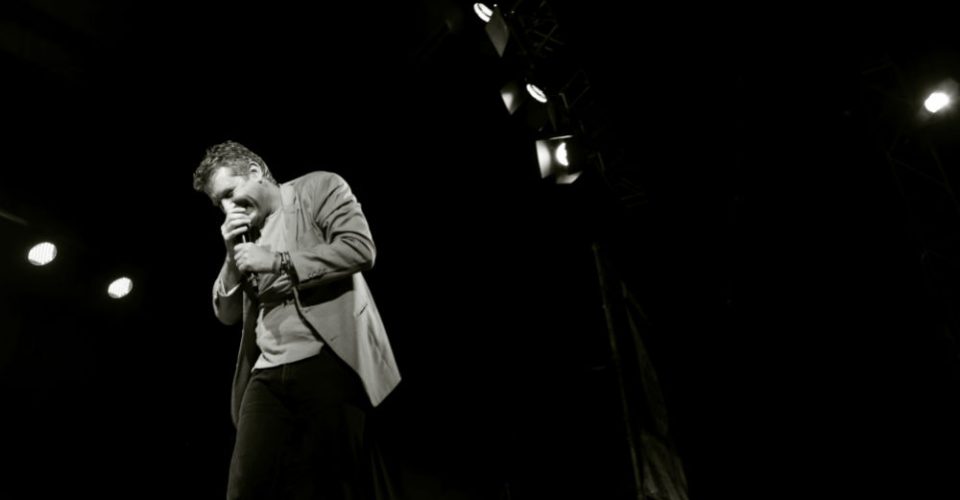 Adam Hills is one of Australia’s best known stand-up comedians, five-time Gold Logie nominee for ABC’s music quiz show Spicks and Specks, host of TV’s Adam Hills In Gordon St Tonight and The Last Leg [UK] and has been adopted by Adelaide as their own following his time on SAFM with the late John Vincent. Adam has also added actor to his hatful of tricks after co-starring in Greg Fleet’s television mini-series Die On Your Feet alongside Fleet and their fellow comedians Corinne Grant, Alan Brough and Steven Gates.

Adam has performed for the Queen, he has stripped for charity and now is bringing the Adelaide premiere of Clown Heart for his debut performance at the Adelaide Cabaret Festival.

“I’m a bit chuffed to be invited,” he begins. “My wife Ali [McGregor] has performed there a few times and has always talked so highly of it. I’ve done a couple of spots in the Backstage Club and always had a ball, but I never really thought that they would have a stand-up show in the Cabaret Festival. But, as Barry Humphries has said, there are no rules.”

Well, there is one rule. You’re not allowed to say the word ‘Fuck’.

“That’s certainly not going to harm my show, because I probably only say it about three times in seventy minutes, so I could easily drop it,” Adam laughs. “And, as it turns out, there’s a bit of music and a tiny bit of nudity in the show. So, in some ways, I’ve got a little cabaret in there.”

Are you the naked one?

“Aah… I don’t know… you’ll have to come along on the night and find out [laughs].”

Which leg will you be flashing?

“Well, during the Melbourne Comedy Festival, Ritchie Benaud passed away so I started wearing my Ashes Commemorative leg in honour of him. I’m still wearing it as I’m finding it quite comfortable at the moment, so it will probably be that one. I only have two artificial feet to choose from, that one and another that is painted like a Terminator robot leg.”

Most of your comedy shows have a theme running though them. Does Clown Heart? 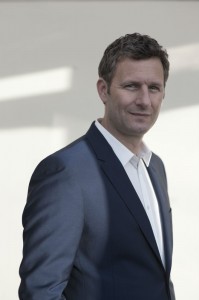 “Yeah, it does,” Adam says. “Clown Heart is about laughing in the face of death, because death is always going to have the last laugh. I lost my dad a couple of years ago to cancer and I tried to make him laugh right up to the end. But the show was mainly by a guy I had on my Adam Hills Tonight talk show. His name was Craig and he invented something called ‘Naked Tuesday.’ He has thyroid cancer and his way of showing his friends that he was all right was to get nude every Tuesday, take a photo and upload it to his Facebook page.

“We did a thing on the show where I went out and got some nude photos done with him. He really inspired me about laughing in the face of death and the idea of basically saying ‘In your face, cancer’ is something that I really loved.”

So he was his very own Go You Big Red Fire Engine!

“In a way, he was. And in many ways I’m just rehashing that old theme of being positive. Every show I’m looking for a new way of doing that and finding different ways to say what I want to say, which is to live every moment and to make the most of life – which is what Go You Big Red Fire Engine was about. It’s kind of what all my shows have been about – just putting positive energy out there.”

The last show you performed at the Adelaide Fringe was all about making someone unknown from your audiences into a famous person by putting their faces on a T-shirt and then selling them at your show on the following night.

“That was the mess-around show; the one where I basically just ad-libbed for an hour,” Adam says. “I’m pretty sure I started that show in Adelaide before touring it to Melbourne and twice in Edinburgh and London.”

Do you still have any of the T-shirts?

“Yes, a massive bag full of them,” he laughs loudly. “There’s probably about a hundred shirts that I don’t know what to do with.”

Why not give them out at your Cabaret Festival show? You could randomly throw one to an audience member and call it your contribution to cabaret.

“That’s actually a fabulous idea!” Adam says. “But, I’ve also wanted to donate them to Goodwill or some other charities, but they’ve got strangers’ faces on them [laughs]. I did consider sending them all to Africa because I really loved the idea of some South African kid walking around with the face of a middle-aged woman from Paralowie on his T-shirt. But I’ll definitely bring them to Adelaide, give some out and sell the others and donate the money to a local charity.”

Adam’s cohort from Spicks and Spicks, Alan Brough, is also appearing at the Adelaide Cabaret Festival in The Narelles.

“I saw that show at the Melbourne Comedy Festival and it was great!” Adam enthuses. “He and Casey Bennetto talk about the fictitious band they were in and play songs from their first and only album. The tag line ‘The musical hits and misses of a band that never was’ perfectly sums up the show.

“I’m really happy that Barry Humphries has got a little bit of everything at his Festival,” he adds. “There are some stand-up comics that are not necessarily doing only stand-up; I’ve got a tiny bit of music and nudity in my show; Hannah Gadsby is performing her art lecture; Alan and Casey are doing The Narelles. It’s nice because I think cabaret can cover a little bit of everything, whether it’s theatre, music, singing, dancing or even stand-up.”

It’s almost like Artistic Director Barry Humphries sat down and selected shows that each contain a little sense of himself, be it the comedian, the actor, the singer, the speaker or the cabaret artist. It seems that every show in the program is a tiny touch of what Barry Humphries is.

“That’s a really nice way of putting it,” Adam says. “I had a great moment in Dublin with him years ago. We were doing a corporate gig together with him being Dame Edna. The show went horribly off-track with some audience members and Edna, but it was just hilarious. Afterwards he said to me, ‘The lesson there was to always accelerate through the skid’. It was a wonderful lesson in running with an unexpected tangent from and audience member – run with it as hard as you can and don’t shy away from it.

“Oh, wow!,” he adds, “I’ve just remembered that I had Barry on the show when I was hosting In Gordon St Tonight, and a friend of mine had taken a beautiful photo of him for a portrait; it’s Barry standing side-on to the camera with his hands behind his back and holding Dame Edna’s glasses. I got a copy of the photo, took it backstage and asked Barry to sign it for me. It’s hanging in my office and it says ‘To Adam. A Joyous Heart, Always’. And now he’s asked me to do a show called Clown Heart. There really is a little bit of Barry throughout this Festival!”

Is this your first time performing on the Festival Theatre stage?

“Yes, it is! That’s the other thing… having lived in Adelaide and seeing Sandra Bernhard and Victor Borge perform there – Victor being the first comedian I ever heard when I was on a family holiday on a flight to America when I was about eight years old – so now to think that I’m going to be playing on the same theatre where I once saw him… that’s really appropriate.”

Adam will also appear at the Variety Gala Performance on Fri 5 Jun.