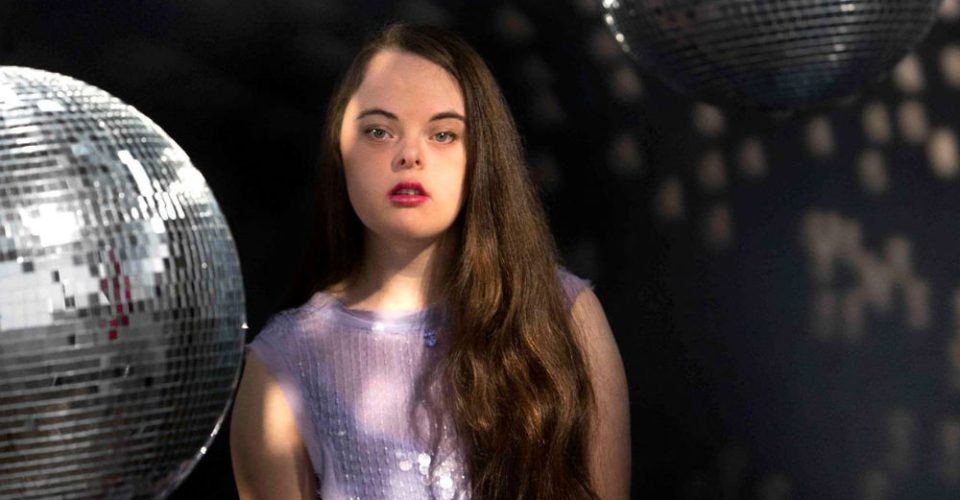 Restless Dance Theatre is Adelaide’s award-winning company for disabled and non-disabled artists, founded in 1991. Following the huge success of SALT in early 2014, In the Balance features 13 performers and marks the first Restless Youth Ensemble work directed by the company’s artistic director Michelle Ryan, who joined Restless in 2013.

We speak with Michelle on the phone and begin by asking how she came to be a part of the company.

“I was a dancer with Meryl Tankard Dance Theatre for many years, so I lived in Adelaide and was aware of Restless when it first formed back in the ‘90s,” she replies. “At the age of 30 I acquired a disability myself when I found out I had MS, so I went from being a professional performing artist to all of a sudden having to find a new identity.

“I remained working within the Arts for a while, and then the disability sector, before getting talked into performing again ten years later by Adelaide set and costume designer Gaelle Mellis. It was then that the position at Restless was advertised. I was still working within the disability sector, but this was the only company I was prepared to come back to the Arts for, because of how very special I believed this organisation to be.”

How have you, personally, dealt with developing MS?

“It’s been quite a journey,” Michelle says. “By the time I was 32 I had gone from travelling the world as dancer to having to use a walking stick. After eight years, another health problem developed on top of the MS and now I use a wheelchair. It’s been interesting but it has also put a fire in my belly about people with disabilities being respected and acknowledged for their artistic contributions.

“When I stopped dancing, I was still living in that world of perfect body. Then when, all of a sudden, it was taken away from me, I didn’t see the value [in myself] that I still had and, because I wasn’t the person I was, some people around me also couldn’t see my value as a performer. So, when I did return to performing, the main thing for me was to give a voice to diversity in the Artssector. I have a passion for people with disabilities being respected and acknowledged for the gifts that they have; it’s all about the person and not about the disability. 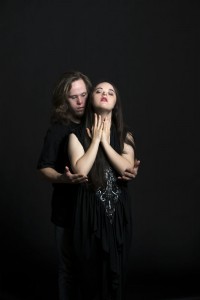 “I think that’s what we do really well at Restless; we focus on the person and we create art that gives that person a voice,” she adds. “In The Balance is very much a collaborative work. I’m directing but I’m not really calling myself the choreographer because I work with these guys to create the movement that they do on stage, and I like it that way. I’m not going to walk into a studio and direct every hand movement that they need to do; it has to come from them.”

It’s sometimes easy to underestimate people, whether they have a physical or intellectual disability or not.

“Yes, but we have set the bar pretty high for our dancers, just like I would do for any professional dance company. The higher you have that bar, the more they rise to the occasion. We saw that with Salt which Restless presented at the beginning of the year. All of the artists performed well, they showed skill and technique and that’s because we expect that from them – and we wouldn’t expect any less.”

At the opening night of SALT there was a power blackout which delayed the start for more than an hour. Then, once the show began, the power went again. When things did eventually get underway, no one seemed phased and they all put on an amazing performance.

“Can I tell you that any other dance company, the dancers would have just said ‘Nup! We’re outta here!’ so I thought that that the dancers did an excellent job,” Michelle says. “It showed their actual commitment to the performance; they were all fantastic!”

Tell us about In The Balance.

“The concept came from inside my head, thinking that life is a constant balance – which is possibly a personal thing of me juggling different elements of my own life,” Michelle says. “But when I came to Restless, we added four new members to The Youth Ensemble, which also added four new personalities to the group. It was really interesting to watch the dynamic within the team and the new relationships that were forming and how they were balancing their expectations and personalities. I found it all quite fascinating how we behave in different situations and circumstances.

“I wanted this show to be beautiful and glamorous, but to alsodo something fun and give the performers the space to excel when they’re on the dance floor. All those hardships and problems that they may experience in their lives can disappear when they are dancing. So it’s a combination of losing your inhibitions while you’re on the dance floor but there are also little vignettes where you can see different behaviours and settings within a broader context.”

I’m guessing that it was your history with Meryl Tankard that saw her doing a workshop with the Youth Ensemble recently?

“Yeah, I’ve had a long association with Meryl, not only as a dancer but I also worked as her assistant for a couple of years when we were overseas,” Michelle explains. “She then became a fantastic friend when I got sick at 30 and had been a really strong support for me, which I have always valued. When I got this job and I knew she was coming to Adelaide with The Oracle, I immediately asked her if she would be interested in coming to work with restless.

“It was so fantastic that she did it because she doesn’t reach that many workshops, so to have a two-day dedicated workshop for my Youth Ensemble was really special.”

How was the experience for both Tankard and the dancers?

“Well, I can’t really speak for Meryl but she seemed to really enjoy it. She and her partner Regis are very good at bringing the best out of the individual; she was very generous, worked well with everyone in the group and taught everyone a little bit of movement. I had shown the ensemble some footage of Meryl when she and I used to dance together many years ago so they were all very aware of who she was and also honoured to have her there.” 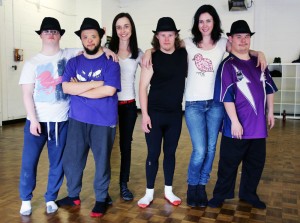 How did The Audreys [Taasha Coates and Tristan Goodall] and the Youth Ensemble come to be working together, both in the film clip to Baby Are You There? and with writing and performing the soundtrack to In The Balance?

“It was The Audreys that contacted Restless about doing a film clip with some of our dancers. I met with them and asked them ‘Why Restless?’ and to make sure that the best image is put out there of the company, just like any Artistic Director would. We both realised the great opportunity that this was. The whole idea was to have suave-looking men – a little bit sexy and capturing that age that they are – and so it was a really short turnaround to when the filming happened, with the clip being released earlier this year.

“Tristan and Taasha had a really nice relationship with the four boys who were in the film clip, as did I with them,” Michelle says. “I simply helped the boys to do what comes naturally for them when it came to their dance movements. So when it came to doing this show, is just seemed like a natural progression to work with The Audreys; they’ve recorded all of the music for the ensemble to dance with. It’s very exciting!

“The dancers and I are very happy with what we have created together with In The Balance and how well it showcases their awesome abilities. We’re looking forward to sharing it with audiences.”

Restless Dance Theatre performs In The Balance at Odeon Theatre at various times on Thu Oct 16 until Sat Oct 25.

Book at TryBooking on www.trybooking.com.

All images courtesy of Shane Reid

Click here to enter our competition for your chance to win one of 4 double passes to see In The Balance on Fri Oct 17.