Adrienne Truscott’s A One Trick Pony! [Or Andy Kaufman Is A Feminist Performance Artist And I’m A Comedian] at The Garden Of Unearthly Delights – Adelaide Fringe Interview 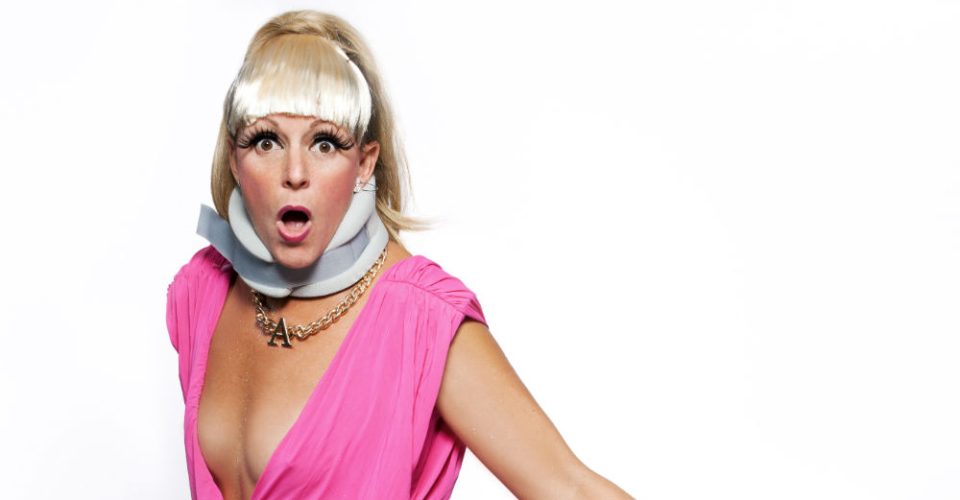 Hot on the heels of her multi-award-winning debut stand-up comedy show Adrienne Truscott’s Asking For It – a sobering yet hilarious comedy show that confronts the topic of rape, the male comedians who make rape jokes, rape culture and the religions who condone rape in the name of God – which she performs without any pants on, Truscott is in Adelaide once again with her new Fringe show,  Adrienne Truscott’s A One-Trick Pony! [Or Andy Kaufman Is A Feminist Performance Artist And I’m A Comedian].

Changing directions completely, this one-half of the much loved Wau Wau Sisters team explores the ins and outs of stand-up comedy in her own inimitable style. Themes include irony, racism, losing your virginity to a unicorn, wrestling, hookers, ironic hookers and Mighty Mouse.

The Clothesline emails Truscott with a few tricky questions.

“I suppose it changes from season to season, but at the moment, I’m pretty mad for what Louis CK is doing, and Maria Bamford drives me to distraction and hysteria.”

“The queer-family love child of Carol Burnett, Richard Pryor, Maria Bamford and Gene Wilder. And nobody really knows whose egg or sperm, but Gilda Radner carried me to term as a surrogate mother.”

“Delta Dawn, from the Helen Reddy songbook. If by favourite you mean most depressing?”

“Twinkie Killingworth. Sounds a bit like someone trying to sound really fun, while also being taken seriously as a thespian, but in snuff films. Yuck.”

“Headjobs, obvs. And getting movie deals.”

“I have a mole that could be a third nipple and I can write backwards. Take your pick.”

“What childhood? I thought that’s how I became a comedian?”

“In high school I was a PA on a movie shooting in Atlantic City, with Warren Beatty, Dennis Hopper and Harvey Keitel. Not realizing they were legends of the 70’s film wave in the States, I only cared that Molly Ringwald and Robert Downey Jr. were on set. I got to try on Robert Downey Jr.’s slippers in his hotel room while he ‘went to the bathroom’. Again. It was during his drug years. Don’t ask me what I was doing in his hotel room.”

“Hear them out and then over-laugh, to the point that it terrifies them and then, for me turns in to weeping, like a B-movie.”

“Seeing what else happened in Robert Downey Jr.’s hotel room.”

“It was about 5 a.m. and my friend, a lady, said to a fella she’d been flirting with, “We should have lunch some time.” He said, “Sure, when is lunch?” “In five minutes,” she replied. Pretty tidy work.”

Adrienne Truscott’s A One Trick Pony performs at The Garden Of Unearthly Delights’ Spare Room from 8.15pm on Mon Mar 2 until Sun Mar 15.