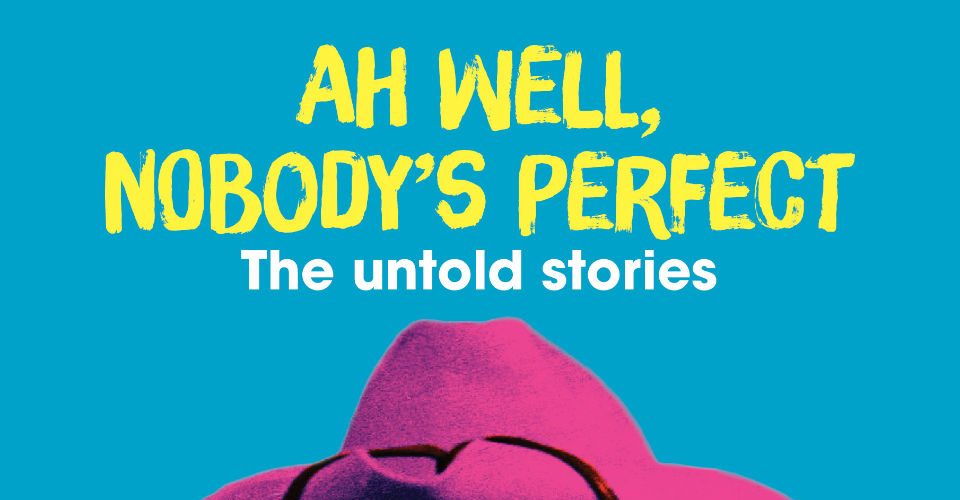 This jumbo follow-up to last year’s Ian ‘Molly’ Meldrum autobiography The Never, Um, Ending Story (again with help from Jeff Jenkins and with the subject now just called MOLLY) feels distinctly like odds and sods (so to speak) that didn’t make it into the first book, and yet Countdown tragics and amassed legions of Molly devotees will surely, um, enjoy it anyway.

With the (co-)author offering a run-through of his many, varied and, ahem, colourful experiences, this begins with an explanation of the title (it’s from the legendary last line of Some Like It Hot), detours into reminisces about Molly’s infamous appearance on This Is Your Life in 1995, and then cuts back to his youth in Quambatook, Victoria, and how he fought to get to Melbourne where it was 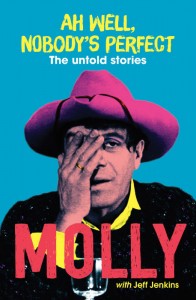 all happening back in the ‘60s. And then there was his run of amazing luck: eight years writing for Go-Set Magazine, a series of TV exploits that led to the epoch-defining Countdown, his life thereafter on Hey Hey It’s Saturday and beyond, and all the glamour, parties, naughtiness, hangovers and brushes with disaster in between, right up to his fall from a ladder at the end of 2011 and another dangerous scrape later on Thailand (and yes, there have obviously been a few of those too).

Not exactly a master of gorgeous prose, Molly doesn’t really have to be, as here’s a guy who can drop names with a vengeance as he’s interviewed EVERYONE: Elton John (of course), Madonna, Michael Jackson, Bruce Springsteen, David Bowie, Sting and The Police, The Rolling Stones, The Beatles (he was chummy with John Lennon and Yoko Ono and got the scoop of the century about the Fab Four breaking up without realising it in a very Mollyesque anecdote), Rod Stewart (who always made huge fun of him but evidently adores him too) and just about every Australian band since the early ‘70s, many of which wouldn’t have had careers without him.

And all of this celeb talk more than makes up for all the sport gush (he’s a big fan of Saint Kilda’s AFL team The Saints, no matter how poorly they always play), the lack of real personal revelations (they mostly went into Volume 1) and an annoyingly large bunch of guest contributors (pals, friends, colleagues and a few enemies, which make up virtually half the page count). But, come on, he’s Molly, a living Aussie legend… well, for the moment, anyway, so do take care, Moll.