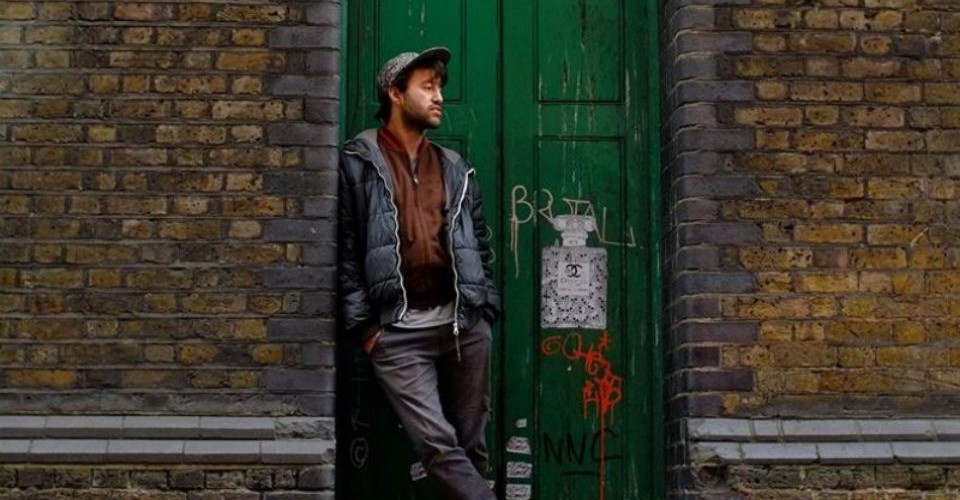 So you set off to see the world and find yourself in London living in a flat with a conman? What do you do? Aidan Jones is a comedian originally from Adelaide who found himself in this position and managed to turn the whole sordid experience into a comedy show to be presented as a part of this year’s Adelaide Fringe.

We speak with Aidan, who starts by telling us about his comedy beginnings in Adelaide.

“Yep! I lived in the same house in Glandore (REPRESENT!!) as until I was 19 and started living on my own. I moved to Melbourne when I was 21 to be a comedian. I did my first open mic at the legendary Rhino Room on Mon 15 Aug, 2011. From then until July 2012 when I moved to Melbourne I did maybe 10-15 sets in Adelaide, but sandwiched in there was four months in South America as well.

“There’s not a lot of room for growth for young comedians in Adelaide, once you figure out you want to do it, you kind of have to leave to make any sort of progress.”

Are you excited to be back? There will be familiar hecklers in the audience?

“It’s so weird to me that people outside of comedy always joke about hecklers,” Aiden says, “because they’re honestly not an issue. For new comics, sure you might get thrown off by an interruption, but that’s just a part of learning to be strong on stage. When people heckle me, either it is shit, in which case I just tell them to shut up and the audience is on my side, or if it’s funny then I laugh along, and will give them props for the funny line. 99% of people at a show want to see The Show though, so interruptions are fairly easy to quash.

“But yes, I am always excited to be back in Adelaide!”

Tell us what your show is about.

“It’s about living in London in 2015 with a guy who turned out to be a conman. He told people who moved into the flat that he was the landlord, so they paid him rent and he took their money. I wrote a blog about him every week, in secret, and he got arrested for fraud.”

The Abersham Flat is a true (if embellished) story?

“The story is 100% true,” Aiden says, “and in writing it I tried to include as many details as possible that don’t necessarily reflect well on me, so people hopefully feel that I’m not just trying to glorify myself as some documentarian, I just want to tell a wild story about a time in my life. There is nothing into the show that didn’t happen, just real events that I comment on with jokes.”

How did you expand this experience into a comedy routine?

“I had the idea to write the blog first, when I realised I was spending half of the conversations I was having in my life telling people about this guy I lived with. Once I started the blog it seemed logical to turn it into a stand up show later on.”

Where have you performed it before?

“I first performed this show in 2016 in London, and Ericeira, Portugal,” he says. “Since then I’ve performed it 25 nights in a row in the Edinburgh Fringe, as well as shows in Dublin, Paris, Perth, Melbourne and once in my Mum’s kitchen in Mile End!”

How have audiences responded to it?

“It ALWAYS kills, bro,” Aiden laughs. “No, there are good and bad shows, of course; that’s part of improving as a comic. Mostly though audiences like the story, and enjoy the highs as much as the lows. My favourite reaction was an Irish mother of four after the show in Portugal coming up to me smiling, ‘Oh you’re just all about love, aren’t ya?!’

“That lady really got it, and that’s the reason I do comedy, to connect with people.”

Can we expect to be offended by crude humour, violent stage activity, nudity or political correctness?

“I don’t write to offend, I write to try and show to people the things about life that I love and find funny,” he says. “I try to be as honest as possible because at least if you’re honest, you’ll never let yourself down going for an easy laugh. People might be offended by the things I say, in the same way people might be offended by anything that happens in the world, but I’m never saying some gross or violent stuff just for the shock value – I think that’s super lazy.”

“My weekly podcast, Sitting Under A Tree, clips of my stand up, and a bunch of stuff I’ve written are all available at <www.aidantacojones.com>.

“Carn the Crows, Adelaide United, and THE MIGHTY TOTTENHAM HOTSPUR!!”

Aidan Jones: The Abersham Flat performs at The Nook at The Producers from 9pm on Sat Mar 3 until Sun 18 Mar.