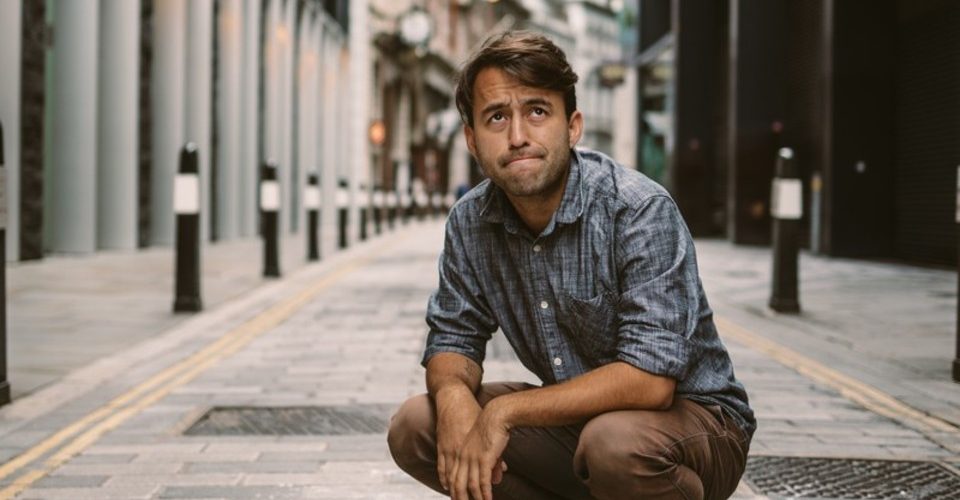 Aidan Jones lived in Glandore, South Australia, before heading off to Melbourne to try his hand at a stand-up comedy career. Since that time he has travelled the world passing himself off as a working comedian. He has presented two previous shows at the Fringe – The Abersham Flat in 2018 and 52 Days in 2019. Since last year’s show he has experienced a fairly unique life experience – meeting his biological father for the first time, deciding to turn the experience into his next comedy show!

We speak with Aidan, and begin by suggesting that his shows seem to have a large autobiographical element, and that it can’t get any more autobiographical than a show about meeting your biological father for the first time.

“I find it easy to write from my own life because it’s easier to remember details, which usually turn into the best jokes.”

What was it about meeting your father that made you realise you could turn it into a comedy show?

“The way I decide what things I’m going to say on stage is that I usually notice myself telling the same story to friends and people I meet every day for a week or so,” Aidan says, “and it’s at that point that I realise, okay, I must care about this story if I keep telling everyone about it, I should tell it on stage and see if I can put some jokes in it! Obviously when I decided to meet my biological father it was all I could talk about for a few months, so it made sense to take that to the stage as well!”

Your show last year, 52 Days was slightly different each night because you asked audience members to select cards to determine the sequence of the narrative and jokes. Do you use a similar technique this time, or is the structure always the same?

This year the structure is more-or-less the same every night. Last year’s show was fun, and taught me a lot about being loose on stage and not being afraid to follow a spontaneous thought for a little while. If something happens in the room during the show, I’m not going to shut it down and go back to my story, I like to follow those threads to their logical conclusion, especially if there’s something interesting there that could be relevant to what I’m talking about – it all adds to the show.

“There is a big difference though between people in the crowd genuinely offering something of their own life to add to the show, and attention-seeking losers calling out their own punchlines because they think they’re going to be funny,” he says. “If you’re trying to bring your own jokes to my show, you better come correct because, surprise-surprise, I’m an attention seeker too, and I’ve been practising!”

“People seem to find hope and catharsis in listening to such an unlikely story play out with a relatively satisfying ending. I think it’s very relatable – not in the strictest sense, as meeting your biological father at 28 years old is a very uncommon experience, but in an emotional sense I think we all have these unanswered questions in our lives that we wonder about.

Did you take much notice of your Colombian heritage growing up?

“Hardly at all,” Aidan says. “I didn’t even know my biological father was from Colombia until my early 20s. My Mum told me the story when I was ten, but I think a combination of not understanding because I was so young, and not being emotionally ready to really think about it yet, made me push that knowledge to one side for a long time. That’s why the show is called ‘Taco’, because that’s been my nickname since I was 15. It was easier to make jokes about looking Mexican than to actually think about the fact that my biological father wasn’t in my life.”

Have you been encouraged to learn more?

“I learned Spanish to a decent level when I travelled to South America at age 20, but this was before we’d made any contact with Fernando. I went on a completely separate journalism internship through university, but looking back, there was probably a part of me beginning the journey of self-discovery I talk about in this show.

“Since meeting Fernando I’ve become more motivated to keep up my Spanish while living in Australia, and in doing so be in more regular contact with Latin people and the accompanying culture. I do want to travel to Colombia one day, but that’s still a fair way off I think – stand-up comedy is not the universally lucrative career that Netflix would have you believe.” 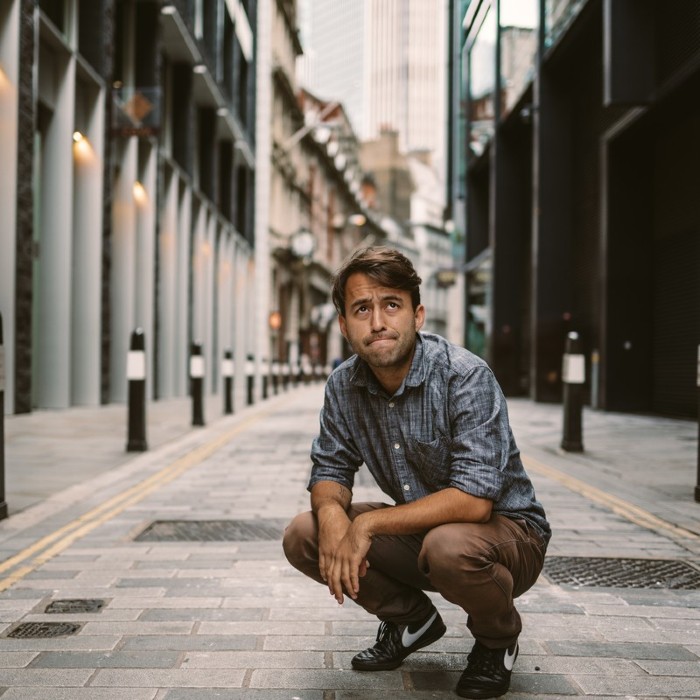 Your father thinks your ‘Taco’ name is funny. Did meeting him reveal anything about his sense of humour you recognise as your own?

“He’s a very easy-going guy, very gentle and reflective,” Aidan says. “I don’t think he’s at all interested in taking offence from something as benign as a nickname – we definitely have that in common. I’m still fairly sceptical of any connections between his and my personality, although I don’t really have a lot of evidence one way or the other to support or refute my scepticism. If meeting him has taught me one thing it’s that it’s pointless to try and take cues on who I am – my identity, personality etc. – from other people.

“Maybe I get some of my sense of humour, or my personality or whatever from Fernando, maybe I get some of it from my step-Dad who raised me my whole life since I was two. Maybe I get some from my Mum, or from TV or whatever, but it doesn’t so much matter to me anymore, because I, myself, am the only person who controls the things that I do, and my actions are really the only things that define who I am. Lingering on any other influence for too long is essentially just living in the past.”

Where have you been performing since you were back in Adelaide for last year’s Fringe?

“All over mate!” Aidan says. “I did the Melbourne Comedy Festival in April and then toured through Asia (Singapore, Malaysia, Thailand, Myanmar) in June, then The Netherlands, Germany, France, the Edinburgh Fringe in August, Ireland, Austria and the Czech Republic before flying back to Melbourne in October. Also, I just did the first run of this new show in Perth at their Fringe in January and February. I won an award actually! One of the weekly ones; they give out about thirty of them, but still, it was lovely to be noticed.”

Do you have any plans for this year we can expect to see in a comedy routine next year?

“I quit drinking in June actually, and it’s been fantastic, one of the best things I ever did! Maybe you’ll see a new show about that next year? Or maybe I’ll fall spectacularly off the wagon in the next 12 months, in which case expect to see something about that as well.”