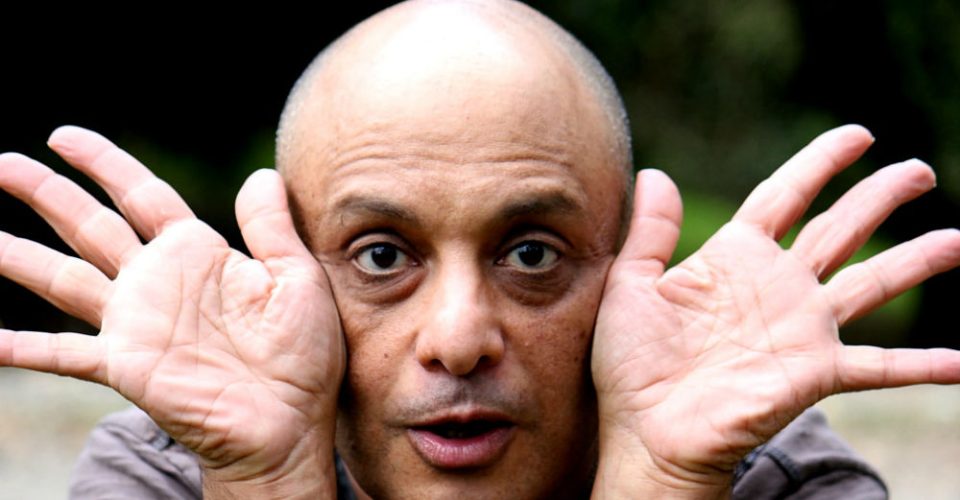 Akmal Saleh is an Egyptian-born Australian comedian, although he personally finds the term comedian to be highly subjective – which makes him no less an Aussie favourite. An open mic night at Sydney Comedy Store in 1990 set Akmal on his comedy journey that has seen him tour both locally and internationally.

A regular to the Adelaide Fringe, we sent Akmal some amusing questions. This is what he had to say.

“I started very early. From the moment I left the womb I started performing to the doctors and nurses, although my material was limited to jokes about umbilical cords and being smacked on the bum etc. My mum heckled me.”

“It came down to two choices: comedy or drug smuggling. I chose comedy because the hours are better, and you can sleep in in the morning.”

“Tony Abbott, what a genius.”

“One day I would like to be Kitty Flanagan. The problem is Kitty is not the least bit interested in being Akmal – not even for a week or two (Racist).”

“I would like to have Adam Hills as my partner in crime, because no one would suspect him and we could hide the drugs in his fake leg.”

“Russell Crowe. I got it from his phone when he threw it at my head and I caught it with my front teeth – what a night.”

Favorite imaginary friend as a kid?

“I have many hidden talents. Unfortunately I hid them when I was drunk and haven’t been able to find them since.”

“I remember when my parents told me they just wanted to be friends from now on. And that they wanted to see other kids.”

“Russell Crowe, who struck me several times in the head using a drunk George Clooney.”

“I have two pet hates – pets and people who own pets.”

“Nobody has ever discovered that I am a comedian, and I intend to keep it that way.”

“I can’t talk too much about this except to say that I’m very attached to it or rather it’s attached to me ,and has been with me through thick and thin but mostly thin.”

“Yes it happens all the time. Tickets to my show include free nappies.”

“Is there an angel missing in heaven? Because you’ve got really nice tits.”

Favorite or worse heckle you’ve ever had?

“Get Off!” (my wife Cate)… and that’s when I’m comforted by my faithful childhood friend.”