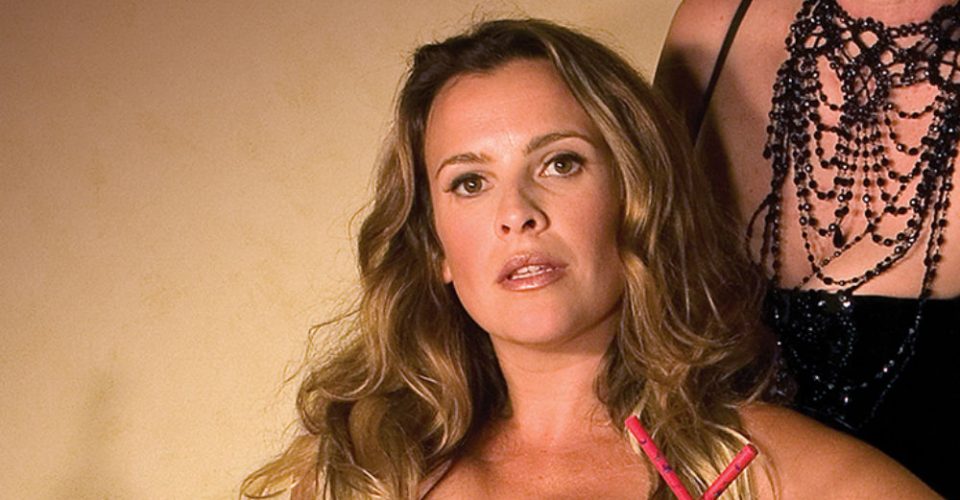 Ali McGregor, once again, returns to the Adelaide Cabaret Festival with the world premiere of Opera Burlesque; a dazzling trio of spectacular vocalists who together are set to tear the stage apart. Antoinette Halloran and Dimity Shepherd, two of Australia’s most successful opera singers, join Ali McGregor for a show that cheekily announces they are ‘more High C’s than sleaze, but just enough tease to please’, meaning that most of the clothes will in fact remain on, although the talent displayed – vocally and the occasional flash of flesh – should be more than enough to keep the audience baying for more.

“It is a bit of a mouthful”, Ali laughs, “but it starts to roll off your tongue when you’ve said it several… hundred times”

McGregor’s days of fronting high end Burlesque/circus show La Clique are behind her, but with the cumulative experience beheld in the years that followed shortly after, she has banded together with her colleagues to create a show that is guaranteed to raise the roof. We ask what the main difference between this Opera Burlesque compared to the previous version.

“Our show we did earlier was indeed similar to this, yet so vastly different that it’s astonishing. If people did see the Burlesque show we performed way back in The Spiegeltent some five years ago they may well have encountered a backing track, a less immediate and less energetic performance. I don’t mean we weren’t good but it’s amazing how an artist can grow in such a short time with the hard yards that I know we have put in as a group!

“We are so proud of this show. For those who don’t know what to expect, there is naturally the singing component. For this we have taken some modern classics such as Madonna, AC/DC and others and put them to our style of music, along with the dancing of course. One of the biggest thrills for us with this gig was the fact that we have the most amazing band playing with us. The costumes are spectacular; overall I certainly feel more professional. 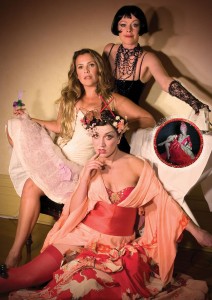 “Playing with a band gives a great sense of immediacy to things occurring on stage; soul, personality, just general feel-good stuff. Really anything can happen – both to them and to us as the front of the stage – and that’s half the fun and also half the fear factor! It ensures that every gig is different and you are at the mercy of another entity. However, some of the best stuff can come from improvising, which can sometimes be something that happens here and there to follow the general mood of the show.”

How would you describe this show to those who haven’t seen you before?

“Because I work in so many fields – singing, cabaret, burlesque, children’s theatre and music just to name a few – I am lucky to come across many different audiences. This show, in particular, is an easy-to-view event which has a lot of laughter within, a lot of material that will be recognised by the audience due to the fact that we are playing with modern music that everyone will know. And lastly I really enjoy that this kind of performance is really a gateway for those to introduce them to another world . A pretty crazy world but nonetheless a world that shows a little opera as well as Cabaret in a non-threatening environment.

“Burlesque really is so much fun. It really showcases the lighthearted and sexy side of Opera. Part of the story line is examining the chorus girls who used to play in very upper class operas and other more formal presentations of song and dance. On the trains and on the way home they would strip off their outer clothes- namely their dresses and coats – and jump aboard the transport and sing to the passengers or other people generally. This was usually the same material they may have just performed but doing it for free and half-dressed ensured it was for another world, for another kind of audience.”

How does your show biz life work with your family?

“We have two children. They are five years and 18 months and of an age they can simply come away and sit on the side of the stage – or even get on stage. In fact, my eldest is in my Jazzamatazz DVD which I recorded previously. It’s a busy existence but that’s the same for any working parent really, isn’t it?”

With such a diverse range of shows on the go, do you have a favourite genre or event?

“Not really. I believe when you have the luxury of being so busy that you can pick and choose shows and have a few things on the go, that you are constantly being revived in a way; you are always learning, planning, producing. I feel that is so important for me as a performer and has certainly helped me grow to not be permanently in the same role.

“Having said that when you do get the chance to have something long running then it is also exciting to watch the show develop, grow, and strengthen. I find the extra repetition and nuances of doing one thing can be very good also. Most shows, however, have a natural life span, so it is always nice to fall in love over and over with a new cast, a new story, and a new project.”

Book at BASS on 131 246 or www.bass.net.au. Click HERE to purchase your tickets.