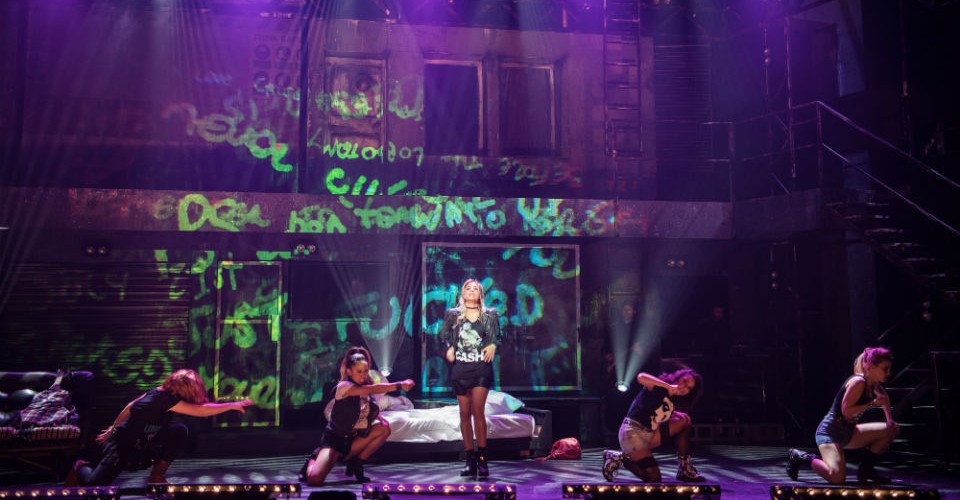 American Idiot is a high-energy rock musical based on American punk band Green Day’s 2004 concept album of the same name. The show, first staged in 2010, has enjoyed great success around the world and is now heading to Adelaide. 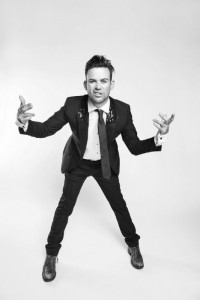 Robert Dunstan speaks to Phil Jamieson, of the band Grinspoon, about the show in which he plays the lead role of St. Jimmy – and one which can be played by a male or female – and begins by asking of his involvement.

“I received an email from my manager in January of 2017 saying, ‘Here’s an odd one. Bit weird but would you be interested?’ and I immediately responded with a ‘Yes’.” Phil laughs. “And I’d said that without really thinking about it. It was only when I went up to Brisbane in early March for rehearsals that I realised what I’d got myself into.

“It was something I’d never done before and I didn’t realise what was involved [in a stage production],” he continues. “I’d initially thought to myself, ‘Ah, I should be okay at this’, but I found it quite a challenge and very nerve wracking. It wasn’t something I was used to doing and while I knew Green Day’s album, I wasn’t familiar with the musical at all.

“I spoke to Craig [Illot], the director, and all the other creatives behind this production and was impressed by what they were doing which really helped,” Phil says. “But, when I first stepped on the rehearsal stage, it hit me how hard it was as there is so much to think about. I had to constantly keep making sure I was in the right place on stage and had all my props with me.

“But after doing that season in Brisbane, I felt quite comfortable in the role,” he says. “Once you’ve done it a few times, it doesn’t seem so complicated to remember all the things you have to think about. So, by the end of the season, I was quite confident.”

For the Brisbane season at QPAC, Phil shared the role of St. Jimmy with Chris Cheney of The Living End and in Adelaide will be alternating with Adalita (of Magic Dirt).

“It came about that I will have to be elsewhere for a few dates of the Adelaide season and was asked who could take my place,” Phil says. “I immediately suggested Adalita because, as a youngster growing up in rural New South Wales, I really looked up to Magic Dirt. She will be perfect as Jimmy although, unfortunately, I won’t get to see her due to my other commitments.

“I’m sure Adalita will bring her own passion and venom to the role of Jimmy because I like to think of him as a loveable rouge,” he laughs. “She’ll be different to me but it will still work. It’ll just be a different interpretation.” 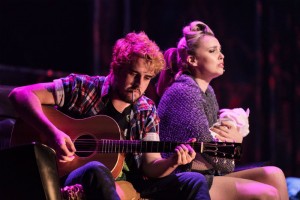 American Idiot was first staged in 2010 on Broadway with Green Day’s Billie Jo Armstrong in the role of St. Jimmy and won several awards. There have since been countless productions of the show which attest to its success.

“I think ours is something like the 40th production,” Phil suggests. “So, yeah, there have been lots. I think there’s been a Mexican American Idiot, a Chinese American Idiot and a Canadian one. But it’s an interesting show because it’s quite rich in detail and very moving. That’s hard to find these days.

“It’s quite a complicated show that tells a simple story,” he laughs. “There’s a lot happening on stage. It’s a 90-minute show with no breaks so everyone has to hold onto their seats. It’s a pretty big ride.”

Phil says he is a big fan of Green Day from when he first heard them in the early ’90s.

“With American Idiot, creatively and musically, the band had taken a great leap forward,” Phil adds. “Getting to do those songs in the show is a real pleasure.”

The musical has a point of difference in that it’s based on a punk rock story. 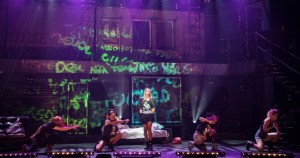 “There are still some aspects of the show that touch on traditional theatre, though,” Phil says. “There’s the element of it being a rock concert, sure, but people feel a different kind of euphoria when they walk out of the theatre.

“But it has its theatrical parts so I would suggest it’s a gateway musical that attracts those who might go to the Crown & Anchor to see a loud punk rock band but it also has enough traditional theatre in it, I believe, to appeal to people who are regular theatre goers.

“It’s also a love story,” he concludes with a laugh.

American Idiot performs at Her Majesty’s Theatre, at various times, on Fri 19 Jan until Sun 28 Jan. 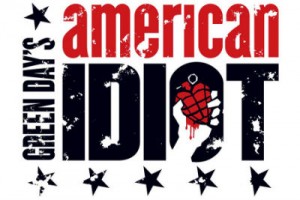