ANOTHER LITTLE PIECE OF MY HEART: MY LIFE OF ROCK AND REVOLUTION IN THE ‘60S by Richard Goldstein – Book Review 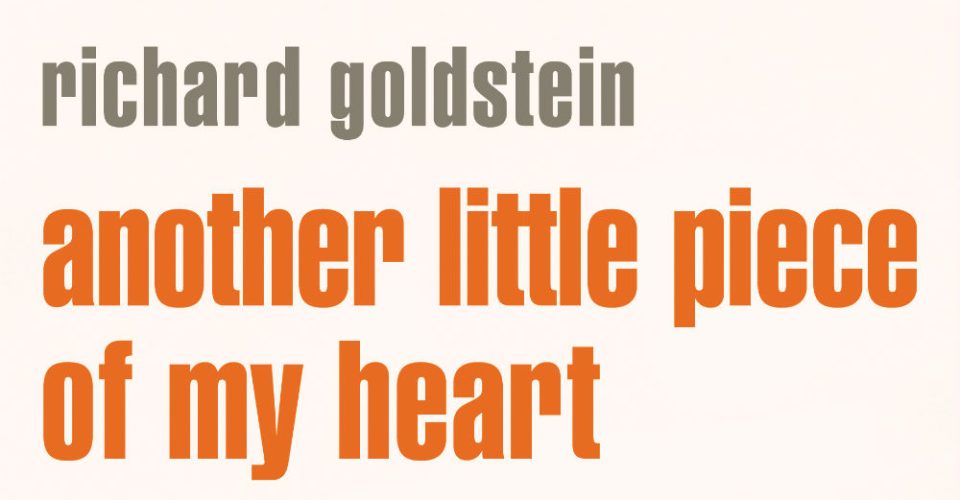 Goldstein’s memoir of his experiences as a rock critic into the later ‘60s doesn’t delve at great length into his ‘50s childhood, nor his work as a cultural critic during the ‘gender wars’ of the ‘70s and ‘80s: it’s mostly about the years between 1966, when he approached the editor of the Village Voice wanting to be a rock critic (and was asked what exactly that was) and his artistic burnout somewhere around 1972, by which point the ‘60s were, for many, long gone. 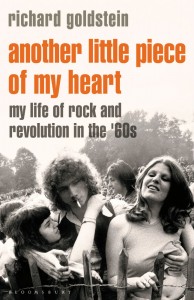 Deciding early on that rock music was important (not exactly a popular view before The Beatles dropped LSD), Goldstein’s essay on the early Fab Four led to his employment at the VV and far beyond, and he vividly discusses his unease at being a famed music writer when he thought himself too young (22 in 1966), too short, too uncertain in his sexuality and/or too Jewish. However, for someone so wracked with doubt, he did interview some of the most famous figures of the era: Jimi Hendrix (so drugged he could barely speak); Jim Morrison (a long, trippy day before ‘The Lizard King’ lost it); members of the Grateful Dead (in their commune); and Janis Joplin, with whom he had a real connection (and he still becomes emotional when he thinks of her death at, of course, 27).

But that’s not all: he was also shipped off to chat with John Wayne on the set of The Alamo, where he found that the infamously conservative ‘Duke’ didn’t despise him, enjoyed a friendship with Susan Sontag (who he took to a disco), had a horrible chat with William S. Burroughs, nearly became yet another victim of the fistfight-friendly Norman Mailer, was present during Martin Luther King’s “I have a dream’ speech and went to Woodstock (well, he nearly got there, but the traffic was so bad he didn’t quite make it).

Slightly florid in its descriptions of the scarily politicised years between 1968 and 1970 (but he can be forgiven as he was actually there during key protests and very nearly got his head busted by cops), Goldstein writes about the end of the period’s idealism with a bitterly mournful tone, ponders whether that kind of radicalism can ever return in frightened contemporary times – and then finds it in the ‘Occupy Wall Street’ movement. No, the spirit of the ‘60s isn’t dead, he explains, but it does need its blood pressure tablets and a nice lie-down in the afternoon.