THE ANSWER TO THE RIDDLE IS ME: When Losing Your Memory Means Losing Everything – Book Review 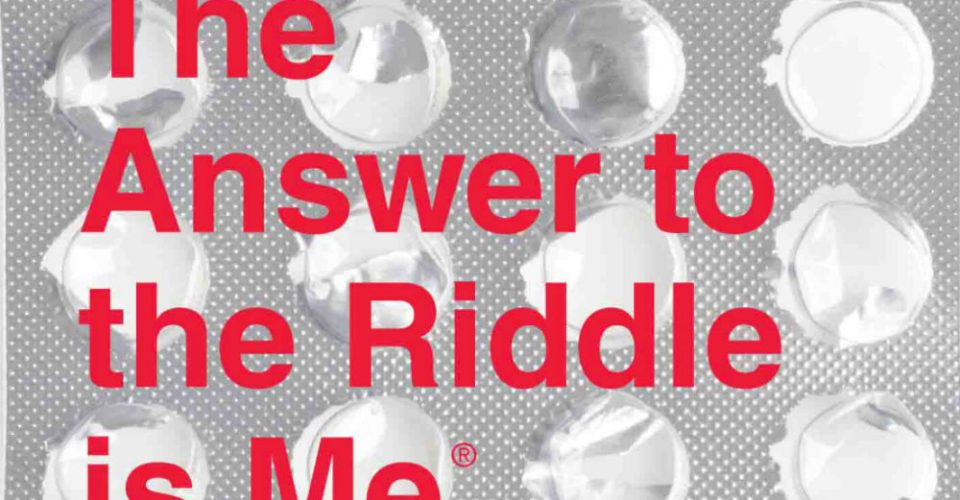 MacLean was an Ohio-born writing student on a scholarship in India when he came to in a crowded train station not knowing who he was or how he got there, and this sometimes harrowing yet strikingly written account of what happened next chronicles a psychological journey guaranteed to make you glad that your scarily fragile brain is in one piece (…or is it?). 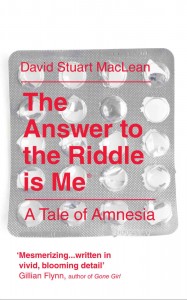 Convinced that he was a drug addict (what else could have explained his bizarre behaviour?), MacLean was initially taken to a police station, then later a hospital and, finally, when he grew violent and irrational, an institution, where he believed that everyone was an impostor, the universe was collapsing and that God was present and looked just like Jim Henson. His parents were summoned, and while he had no memory of them he still allowed them to take him home where, they promised, he would start to remember everything, as he fights notions of some kind of mass conspiracy. His girlfriend Anne will help jog his memory, right? His friends will assist in his recovery, won’t they? Surely looking at old family photos, reading his essays and listening to beloved country music classics are all good ideas? Won’t it all come back to him in time?

The back cover makes clear the reason for Dave’s amnesia, and it’s mentioned quite early on, so the mystery can be revealed here: he suffered an extremely strong reaction to Lariam, an anti-malaria medication which, in helpful intervals where he investigates the disease and its treatments, is shown to have induced schizophrenia and caused returning US soldiers to have committed murder. MacLean had previously been behaving strangely (his Mom thought it was stress over the Indian trip and his break-up with Ariel, a woman he later sees in pictures and mentions her big nose), but by the time he’d been wiped clean of almost all of his memories it was too late, and much of this memoir details how hard he worked to regain all that he had lost. And apparently he still isn’t ‘cured’, but at least he now knows who he is (or should be) and no longer fears that reality is imploding beneath his feet.

Click here to purchase your copy of The Answer To The Riddle Is Me from Allen & Unwin Books http://www.allenandunwin.com/default.aspx?page=94&book=9781760111069