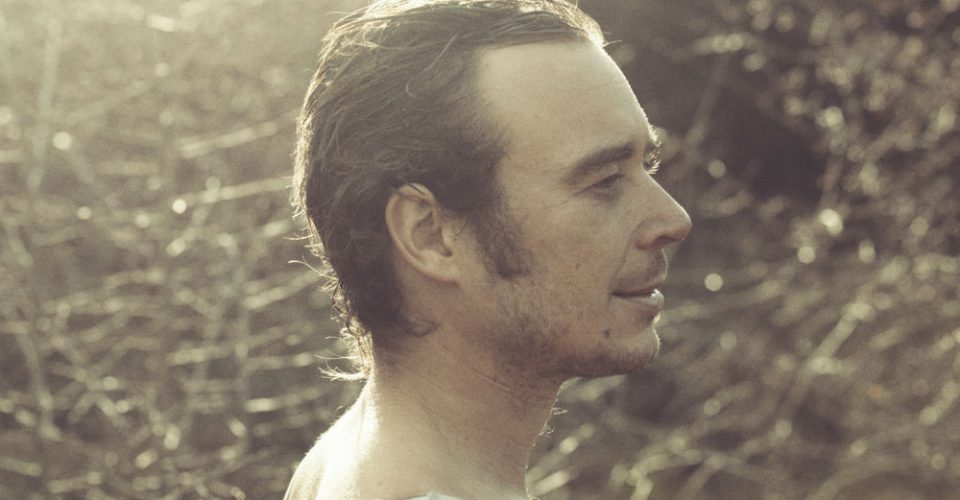 Archer is a name you may not yet have heard in your pursuits of musical entertainment when searching for something different or something you don’t find every day. Living in Victoria – sometimes – or wherever the road may take him, Archer is a wandering, nomadic soul who is happiest when surrounded by like-minded beings, and this can sometimes mean of the animal kingdom.

Archer has a plethora of wise, untapped knowledge underneath his disguise, and an amazing grasp on what it means to live a simple existence and how to not make a fuss about the big stuff.

We speak with Archer about his upcoming album and Spiegeltent gig at this year’s Adelaide Fringe Festival, and begin by asking about being signed to Pound Records and how he came to meet Martin Martini.

“I was busking, I recall. Two nice guys stopped and said they liked my music and they wanted to make a record. We had a chat and I gave them my number, and that was it.”

So you literally were found out on a regular day, just doing what you love? That’s pretty cool.

“Well, it is, but nothing happened from that meeting because when they called me my phone was flat – for about 6 weeks. I was away fruit picking. It was pure chance that meant we stumbled across each other a second time and here we are, making music and records.”

Archer’s sound could be likened to a bluesy Johnny Cash; very soulful and lamenting.

“It’s just my music; it’s just the stories that are in my head. Do you know what I mean? I walk around and there are things and I just have to get them out. Then sometimes there is nothing. You can’t be forced to write – I can’t imagine the pressure of being told when to be creative. That doesn’t work for me, but there are so many songs in my head I don’t have any trouble having a stockpile anyway.

“I don’t know about Johnny Cash, but that’s certainly a compliment. I just sound like me. It’s important for me to live in the moment, all the time. So if there is a song then out it comes, then and there.

“I like too live very much in ‘today’. I don’t plan for the future or anything really, and I find by doing that I get a lot more out of my day and am generally happier. I was in a real sense of just ‘being’ until I was about three, and I guess I have been losing my way ever since [laughs]. I guess this is the same for lots of people. But I try to maintain a sensible and simple life. Too many people complicate things. My music is simple. I think people like it because they have to slow down a little. The road is pretty muddy. Life, I mean.”

Archer explains that in living a simple life, his guitars are usually old and well worn.

“The guitars often just come from op shops, or wherever. I swap things with people and sometimes leave them behind after gigs. I also give them to people. Some people don’t have much, you know? And some people may think they have a lot but I don’t agree; they aren’t happy. I give them my guitar because I think that’s a great thing to give someone. Then I just get another one.”

So you’re not attached to them? Some musicians would be up in arms about having an ever changing instrument. That they ‘couldn’t perform’.

“Everyone is different. I get why some people feel that way, I really do. It’s just not me. For me, it’s another way I keep life simple. If you get hung up on ‘things’, possessions, people, it’s even worse if you lose them along the way.”

Are you enjoying travelling and being able to show people what you do?

“I am actually. I live in a pretty remote area, and I guess you could say there isn’t a lot of local adoration. Not so much for me but because people are so hung up on TV and things that are not real, so much of the time. But the locals do know me. I get the occasional round of applause every now and then. And when I play to others, well it seems to go down pretty well.”

Have you ever performed in the Aurora Spiegeltent?

“No, but I have passed through the Fringe before. Great festival. I like all the random people coming through. Like at music festivals sometime, you can find the best artists and musos are sometimes not the ones making a living from it all. Not even the ones performing a lot. Just the buskers, the session musicians. The guitarists that can pull out a fiddle and play something that blows everyone away and no one ever knew he could play. I love that stuff.”

What can people expect from your show?

“I am just going to get up there and share my stories. I want people to slow down and enjoy the show. I hope people get kind of a sense of me from my songs, that I think people should be a little kinder to each other. Be nicer to animals. Be nicer to the world, and enjoy the music; any music, all music.

Archer performs at The Garden Of Unearthly Delights’ Aurora Spiegeltent from 7pm on Wed Feb 18.