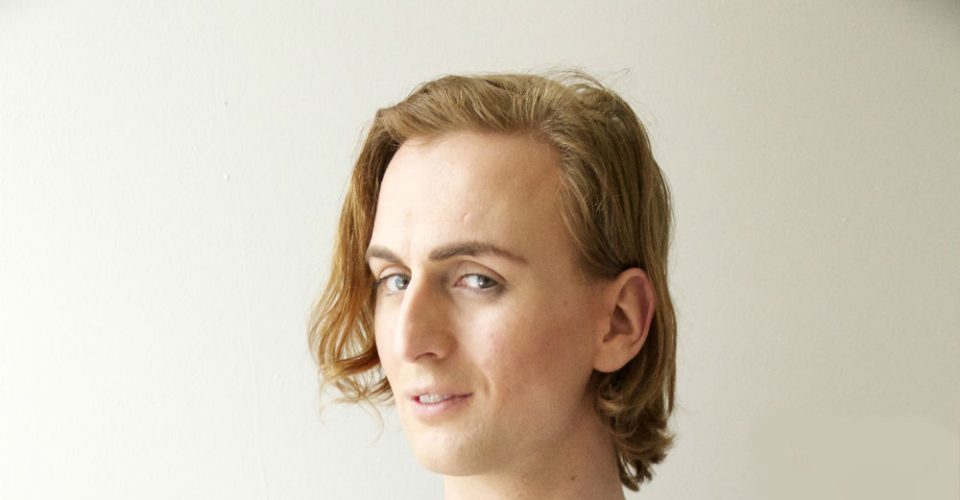 Ash Flanders is bringing his award winning show Special Victim back to Adelaide following his season at the 2013 Feast Festival. Special Victim is a playful song-and-story show about hope, loss, white privilege, velvet rage and effeminate ennui. Ash Flanders is a special type of victim and through sharing his own special pain he will allow us to understand how we are all special victims.

Melbourne-based Flanders has only recently moved into more solo work after writing and performing nine full-length shows as part of his comedy duo Sisters Grimm with Declan Greene, including Mommie & The Minister for the Adelaide and Edinburgh Fringe Festivals.

The Clothesline speaks with Ash prior to his debut Adelaide Cabaret Festival show and asks him to tell us about Special Victim?

“The show is about the grey area between victim and bully, silly and serious, stupid and smart. It takes everyone, including myself to task,” Ash begins. “It’s gross, funny, sad and shocking. I guarantee you’ll never look at the Sphinx, Burger Rings or a King Charles Spaniel quite the same after you’ve seen it.”

Special Victim is directed by Stephen Nicolazzo with Musical Direction by Dave Barclay. Tell us how you came to be working with them?

“Dave Barclay I’ve known since he used to go to church – which was a long time ago! He’s a mad genius and a musical freak and the exact kind of obsessive beast I need to keep me in check onstage,” he laughs. “This show has everything from Dolly Parton to The Presets by way of The Pointer Sisters. We pull from a wide variety of genres and artists to truly keep the audience guessing.

“Stephen Nicolazzo is a good friend of mine,” Ash continues. “He’s another wonderfully-obsessive person. We have worked together for years, most recently on Meme Girls created for Malthouse Theatre. I guess we are artistically married. I do have to share him with his very successful theatre company Little Ones Theatre though.”

Following his Green Room Award win for the writing of Special Victim, Ash was awarded the Green Room Award for Best Actor for Sovereign Wife, performed as part of Sisters Grimm. We ask what he might be likely to win this year.

“I’d love to take the award for most likely to own property one day,” he jokes. “My Sisters Grimm partner, Declan Greene, and I are just two vicious queens with control issues creating fantasy worlds in which we can play God. The older I have become, the more I’ve realised the collaboration I have with Declan is rare and cool. I hope we keep making work together forever.”

Once people have purchased tickets to your show, what else would you recommend they go see?

“After seeing my show, I recommend people immediately see a priest and check if they’ve got any ‘Scoopon’ deals on exorcisms. Your soul will need a thorough cleansing.”

What are you looking forward to seeing at this year’s Adelaide Cabaret Festival?

What is next for Ash Flanders?

“Declan and I have our version of La Traviata for Belvoir, and then I’m doing Buyer And Cellar for Melbourne Theatre Company,” Ash says. “After that I foresee a lot of Judge Judy, open mouth crying and ice cream.”

“Did you know that at the 1996 World Music Awards Tina Arena, Celine Dion and Shania Twain all performed for each other in front of Michael Jackson? Come see my show, I’ll unpack it all for you.”