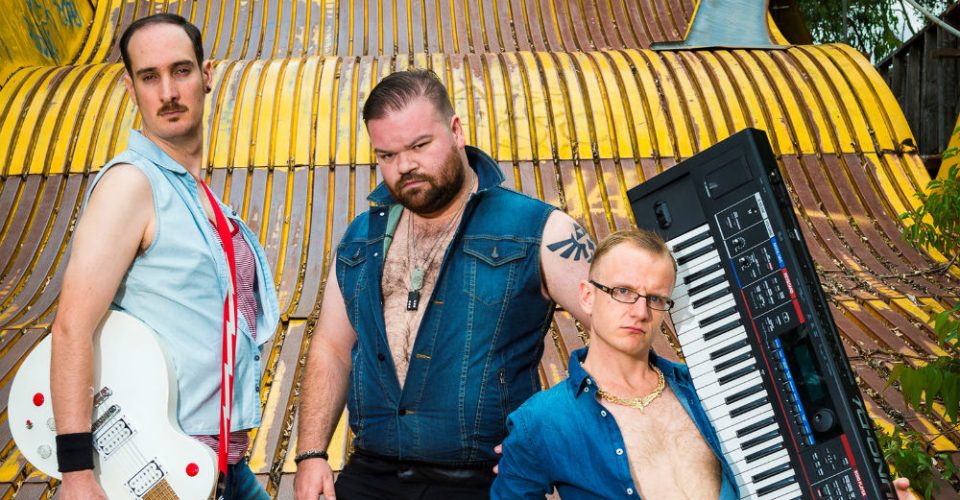 Axis Of Awesome are one of a new breed of artists who, rather than complain about the Internet ruining their business, embraced it to achieve extraordinary success via their YouTube channel. And more specifically, with a magnificent rehash of 36 well-known songs in their now famous #4 Chord Song (21.5million views and counting).

Great singers, and oozing bucket loads of musical, comic, and dramatic talent, they unleashed their high energy brand of madcap musical humour in a fun filled hour on a hot night in a sold-out Spiegeltent.

Jordan Raskopoulos, Lee Naimo, and Benny David (The Human Jukebox) are great entertainers. Front man Jordan has a great stage presence and does a mean Elvis impersonation. Benny unfairly gets the role of the group’s fall guy, but he needn’t worry. Without him they’d be musically nowhere. Lee is their stand-in Johnny Cash, as well as having a tendency to be a little crass. There’s a line between dancing and wanking that shouldn’t be crossed! Together they are a great man band, and perhaps an even better boy band. Their send up of every boy band that’s ever lived was hilarious.

Masters of the remix with a fine sense of comedy, but no original hits of their own in the traditional mainstream of showbiz, they are a remarkable success story, and testament to the fact that there are new ways of earning a following these internet days.