More Than Just The Queen Of Horreur – An Interview with Barbara Crampton, Star of Road Games 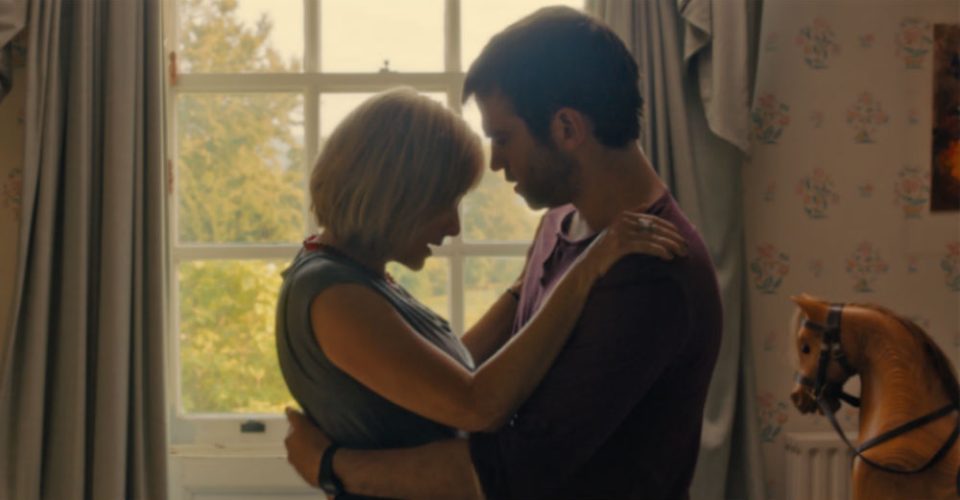 Barbara Crampton speaks via Skype (from her home “outside San Francisco”), and while the main focus is upon her role in writer/director Abner Pastoll’s psychodramatic thriller Road Games we also her long career in general, and some of her previous cult titles.

We begin by asking how she came to be cast in Road Games by Abner Pastoll.

“Well, funnily enough, due to the advantages of social media, he actually contacted me on Twitter and sent me a message. Normally I don’t respond to that sort of thing and I tell people to contact my agent but I am still willing to read things. But something about his message interested me, so I asked him to send me the script.

“There were already a number of people attached to the production,” she says, “including Frédéric Pierrot, who I was familiar with from the French series Les Revenants [a.k.a. The Returned] – and I don’t mean the Leonardo DiCaprio movie. I was familiar with Josephine de La Baume from a few things and I knew Andrew Simpson from Notes On A Scandal, and I thought it was an interesting cast so I read the script and I loved it. It was so clever and well crafted, and I didn’t know who the killer was until the end! So I did it.”

So Abner was a fan?

“Abner was familiar with my movies from the ‘80s but he also saw me in You’re Next, and he wanted me to be like that: someone nervous and afraid. You’re Next really opened up a lot of doors for me, and introduced me to a lot of young filmmakers who weren’t aware that I was still alive [laughs]!”

The character you play is the quietest in the film, so does that make her easier or more difficult to play?

“It was harder as it’s not something that I’m used to playing,” Barbara says. “I used to be cast in movies as the stronger female but with You’re Next I wasn’t like that either. I also did a movie called We Are Still Here where I wasn’t really a victim but it wasn’t the sort of thing I used to do earlier on in my career. These women are all reactionary and they bear the burden of what’s going on around them, and that is harder to play, and it was a challenge.”

You’re famous for a run of horror movies and other pics from the ‘80s but recently you’ve had this real resurgence after a slow period, and you’ve been doing three or four movies a year for some years now. Is there a reason why your career’s developed like that?

“I think I got lucky and it was by chance,” she says.” Coming back with You’re Next helped as it did well. Everyone talks about how the roles for women in their late 30s and beyond dry up – and they do! I really wasn’t working much in LA back then, but it was around that time when I met my husband and he got transferred with his job and we moved to San Francisco.

“I really was a bit disenchanted with my career at that point as there wasn’t anything for me to do, or even to audition for! But then we moved and I had two children; I was really involved in their schooling and in the PTA. But then I got the call from Simon Barrett, who wrote You’re Next, and he had met Stuart Gordon at the point that he was putting the finance together for the movie, and he asked Stuart about me and Stuart said I was retired. But Simon still called me through my agent and I read the script and loved it and the rest is history. That put me on people’s radars, and really me living in San Francisco isn’t a problem as everyone communicates via Skype and email and Twitter, and everyone’s available.

“It’s very nice for me to come back in the latter part of my life,” Barbara adds, “and be working on such interesting films in such multidimensional roles.”

You mentioned director Stuart Gordon so tell us about the two films you did with him in the ‘80s [before his Castle Freak in 1995]: Re-Animator and From Beyond. Those movies are so wild and outrageous and what you do in Re-Animator is still so amazing, so how do you feel about those roles now – especially the legendary scene with English actor David Gale and his reanimated severed head?

“I knew what to expect when I read those scripts and I never would have signed on to do them if I thought that I was going to be exploited or something,” she says. “I thought they were horrible and gory and funny, of course, and at the tender age I was at back then that was a very affecting scene for me emotionally to shoot. It was shocking then and it’s still shocking, but people are still talking about it now and writing these wonderful things and so I really don’t have a problem with that scene or those movies. None at all [laughs]!”

Tell us about some of the movies you’ve been working on since Road Games wrapped.

“I did a movie called Sun Choke; I think that’s coming out in the States from the company that released American Mary, and is very Lars von Trier in its treatment of depression. Then there was a movie I acted in and helped produce called Beyond The Gates, which was directed by a guy named Jackson Stewart and is being submitted to film festivals now. Jackson was one of Stuart Gordon’s interns and I’ve known him for years.

“And there’s a movie called The Wildness,” Barbara adds, “which is sort of a cross between The Big Lebowski and The Lost Boys, so it’s funny and scary and wild. That’s probably going to happen, and then I’m going to Munich to work on a movie that I don’t think I’m allowed to talk about at all! I’m playing a doctor role in that one and it’ll be really fun.”

Since this interview was conducted it has come to light that Barbara is playing one Dr. Karen Redmane in Death House, a zombie-sounding all-star scarer that’s being advertised as ‘The Expendables Of Horror’, and in which she will appear alongside Kane ‘Jason Voorhees’ Hodder, Sid Haig and Bill Moseley from House Of 1000 Corpses, Aussie Vernon Wells from Mad Max 2, original The Hills Have Eyes star Michael Berryman, Camille Keaton from the original I Spit On Your Grave and many others. And no wonder she thought that it was going to be really fun!

Road Games is out now on DVD thanks to Bounty Films.