LIKE A BAT OUT OF HELL: THE LARGER THAN LIFE STORY OF MEAT LOAF: All In All It’s Yet Another Book From The Wall – Book Review 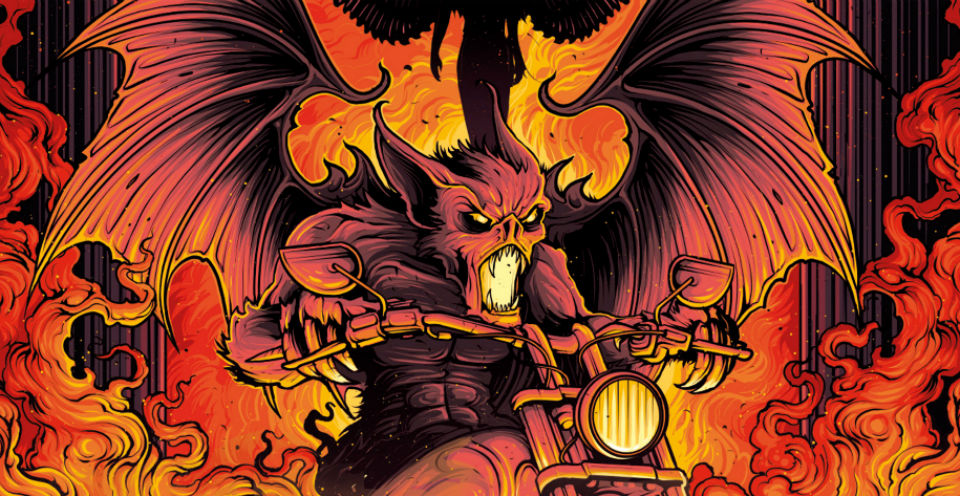 Rock author Wall is a goddamn writing machine, having turned out biographies on Prince, Lemmy and Guns N’ Roses in less than two years and then followed them up with this, a pretty illuminating study of the life and times of Meat Loaf a.k.a. Meat Loaf Aday a.k.a. Marvin Lee Aday which also serves as a memoir of songwriter/producer/mythmaker Jim Steinman because, although the two men have always hated to admit it, you can’t have one without the other.

Depicting Marvin’s childhood with frightening detail that’s been discussed elsewhere (including his near-murder at the hands of his drunk Dad), this gets plenty of sympathetic mileage from the story of the 300+ pound teenager who found his calling when allowed to sing in that (once) extraordinary voice. Marvin was eventually named Meat, of course, and after a spell in a travell 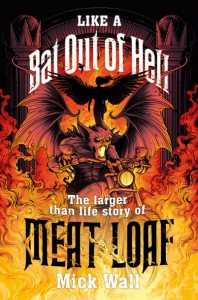 ing version of Hair he met Jim and they clicked, however scarily, leading to the collaboration that resulted in the mammoth-selling Bat Out Of Hell and its epic, operatic and fabulously absurd tracks.

The standard and so rock-and-roll period of alienation between the two is then discussed by Wall (who can’t disguise the fact that Jim was a creep and that Meat’s cash-strapped, lawsuit-plagued life in the ‘80s was really rather dull), and then it’s time for the earth-shaking Bat Out Of Hell II in the early ‘90s, a CD that no one thought could match the original but did – and how. There’s also an entire cool chapter devoted to Meat’s role in director David Fincher’s filming of Chuck Palahniuk’s novel Fight Club, a movie that was much-hated at the time but now is considered a cult classic, and for which Meat delivered his greatest performance as the testicular-cancer-suffering Bob, complete with his sweaty “bitch tits”.

Although there are one too many sections here where Jim is described as Frankenstein and His Meatness as his Monster, this is still a fairly compelling read, even when we get into the sadder stuff as the 2000s hit, Jim and Mr. Meat fear becoming irrelevant and both start experiencing didn’t-see-that-coming health problems. And yet the original Bat is still beloved, and its long, sweetly ludicrous tracks still get played on classic radio stations at a rate to drive you, well, batty.