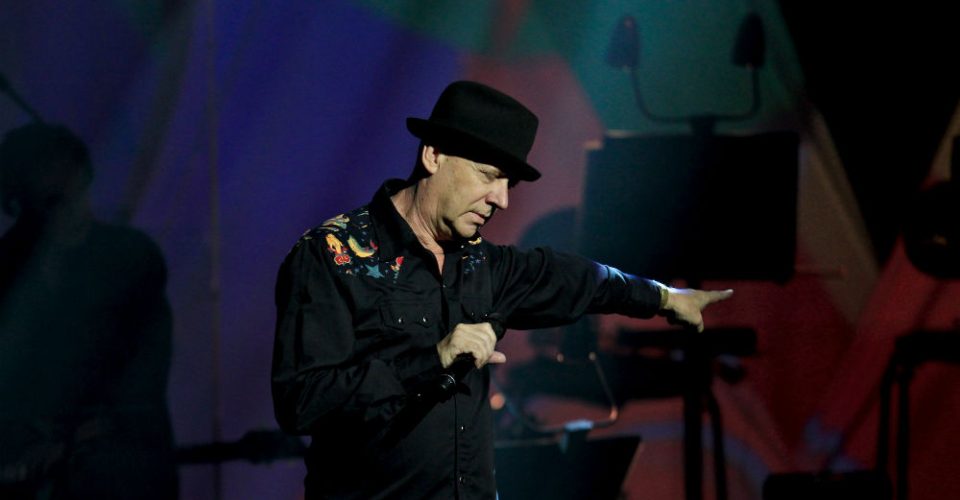 Since their beginnings in 1960, The Beatles have remained as one of the most revered rock bands of all time. John Lennon and Paul McCartney were a song writing force almost unlike any other, producing some of the most celebrated rock songs in musical history.

From the creators of The White Album Concert, Rubber Soul Revolver, All You Need Is Love and Let It Be comes the national tour of Beatles Back2Back – a live and exact reproduction of the Abbey Road and Sgt. Pepper’s Lonely Hearts Club Band albums. Featuring ARIA Hall Of Fame Inductee Russell Morris, Jack Jones (Southern Sons), Kav Temperley (Eskimo Joe) and Jon Allen (UK) and a 15-piece band complete with horns and strings, we speak with Russell Morris and begin by discussing why these two albums were never performed live in their time.

“The Beatles retired around 1969-70 and they never went on the road again,” he says, “so they didn’t perform any of these themselves. The only songs they performed were from albums like Love Me Do and those earlier Beatles hits. I think their last performance was on the roof of Apple with the Let It Be album; their final concert was to only a few people and some cameras.”

Why have these two albums in particular been chosen to perform back-to-back in this concert format?

“They are probably the most spectacular albums in their diversity, I guess,” Russell says. “I think The Beatles went from being a great rock, harmony and pop band for a long time. Then all of a sudden they went into Rubber Soul and touches of psychedelia began with Revolver. That was the beginning of that whole psychedelic era, which is one of the reasons why we wanted to do those two albums; they’re quite complicated but also incredibly interesting and two of the most iconic albums of all time.

“Both albums will be performed verbatim. All of the harmonies, guitar and piano parts… everything will be played identical to the records. This will be and exact reproduction… which makes us the ultimate cover band,” he laughs. 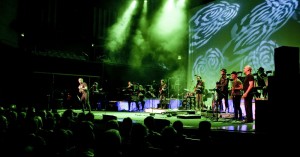 Each lead singer of this concert is a seasoned performer, so it must be hard to not slip your own stylings into the songs.

“Yes, it is. But every now and then I will mess up lyrics, so consequently I won’t always be verbatim – which does tend to grate of everyone,” Russell confesses. “I tend to find it hard to remember the words, particularly, to With You Or Without You; George Harrison had a funny sense of lyrical content when he wrote songs. Sometimes they just don’t make sense to me in the way they run together, but he got it together when he wrote Something and Here Comes The Sun – they were very well constructed pop songs.”

How did the four of you come to be involved in Beatles Back2Back?

“The Producers chose us because they believed we could work within that genre and that concert type of situation,” he says. “I’ve worked with Erwin (Jack Jones) before, who is a good mate, and we all know virtually everyone in the band. Lindsay Fields (The John Farnham Band) allocated the songs to each of us, although had I been given a choice I would have chosen to sing my favourite song of the whole thing which is A Day In The Life.”

With such a diverse array of instruments on those two albums, will they also be a within the 15-piece band?

“Absolutely! We have a Tabla, Sitar and Dilruba as well as the brass needed for some of Paul McCartney’s songs; every instrument used on the albums will be used on stage in perfect reproduction.”

The orchestral piece at the end of A Day In The Life is brilliant in the way that each musician was given a starting and ending point with the freedom to get there in whatever way they chose.

“That was George Martin’s idea,” Russell says. “Fascinating that they were given a certain amount of bars to meet at an end point; it was an incredible thing, a cacophony of noise that you can feel heading to a mutual high-point.” 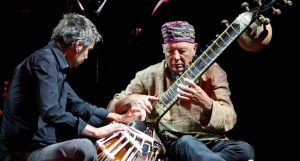 With no scripted talking between songs during the two halves of this concert spectacular, Russell tells us that he will be singing songs such as Within You Or Without You, Here Comes The Sun, Getting Better, Polythene Pam, Lovely Rita, and harmonies in everything else. Stating that he has been performing and writing through the decades, we ask what role did, if any, these two albums play in his own song writing.

“I wasn’t a big Beatles fan until they released Rubber Soul, and then Revolver,” he says. “, yes, they did play a big part, although a very insecure part; I would listen to what they do and wonder how I could ever replicate something like that. Many a song writer felt a little helpless at times – people all around the world did. These were the songs that tortured poor Brian Wilson from The Beach Boys.

“One of the funniest stories I’ve ever read in a biography was about The Rolling Stones holding a party to celebrate Their Satanic Majesty’s Request in some club in London,” he recalls. “Paul McCartney turned up and they Stones asked how he’s been and what he’d been up to. When he explained that they had just finished recording their two new singles, the boys insisted that he go get them and bring them up to the party. But it actually threw a big bucket of water over the whole party because the two songs were Revolution and Hey Jude. Apparently the boys were quite depressed with how powerful those two songs were. So I think The Beatles had that effect on many people at some stage.”

Not many people could claim to be as prolific writers as The Beatles were.

“It’s so interesting how different McCartney and Lennon were in the way they wrote,” Russell says, “but they had such a brotherly competition to out-do each other all the time. One would call a meeting to present three songs, and then two next weeks later the other would bring four songs to the table. But if you listen to The Beatles’ songs, they work so beautifully. Something like A Day In The Life that starts as such a dark song that Lennon wrote, and then McCartney’s part kicks in and it becomes this bright happy dance.

“The bridge in A Hard Day’s Night is McCartney’s but it’s so different that it really compliments each other in their difference. And that’s exactly what the whole Abbey Road album was – a whole lot of pieces of songs that they couldn’t be bothered finishing that they stuck together.”

Book at Ticketek. Click HERE to purchase your tickets.