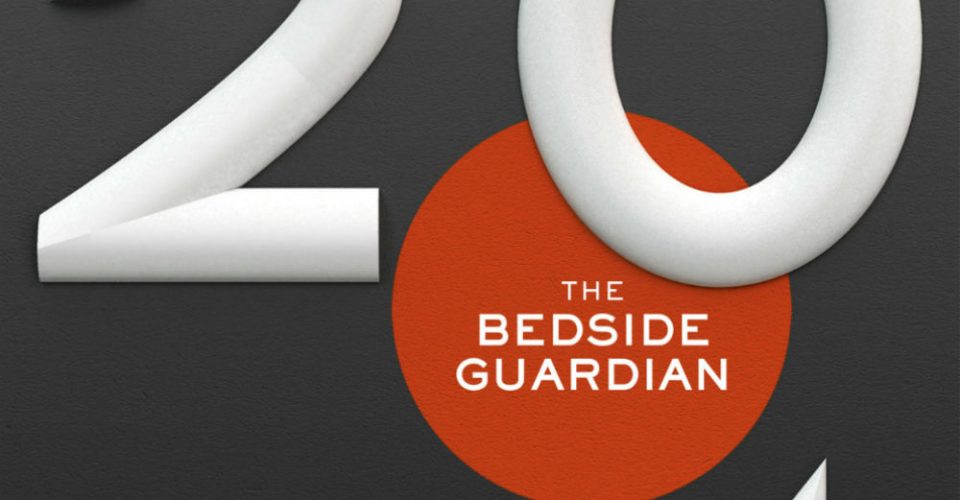 This is the 63rd edition of The Bedside Guardian, a broad-ranging collection of some of the year’s best articles from the UK newspaper and its sister, the Observer. It’s also a year in which the Guardian, along with the Washington Post, won The Pulitzer Prize for public service for their reporting on National Security Agency activity based on Edward Snowden’s leaks. An interview with Snowden features in the book. 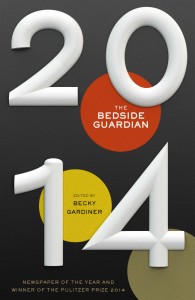 Naturally, there is a UK-centric thrust to the content, but while this ex-pat enjoyed catching up with goings-on in the Mother Country (through a Leftist lens) I do wonder if the book – irrespective of the undoubted quality of the writing – would such hold such an appeal to others less familiar with Ambridge, Hayley Cropper and Peyote Restaurant. (Indeed, last year, the Guardian launched its own Australian website to reflect issues more relevant to this country.) As a snapshot of modern-day Britain, it’s interesting, but perhaps a little too parochial – including the finer points of phone hacking, Max Clifford’s downfall and the rise of Ukip.

Some pieces stand on their writing alone. Irvine Welsh on the ramifications of the failure of Scottish Independence: “The smartest have always seen independence as a process, not an event, and having come so unexpectedly close they won’t be going into a depressive hung-over funk, they’ll be keen for a rematch and they’ll get it soon.”

Carole Cadwalladr’s Orwellian week as an Amazon insider in Wales is chilling, as is Heather Linebaugh’s recount of working on the US drone program: “The video provided by a drone is not usually clear enough to detect someone carrying a weapon … We always wonder … if we destroyed an innocent civilian’s life all because of a bad image or angle.”

More generalist pieces such as sleeve tattoos, feminism and moving in with your parents at 40 would hold a broad appeal. Even the Editor’s Introduction – explaining her reasons for including some pieces and excluding others – is interesting in its own right.

The Guardian and Observer have always striven to represent global issues, however, and to this end there are features on such topics as Syria, Mandela and a mission in Antarctica.

The Bedside Guardian is absolutely stuffed with article after well-written article and it’s a great dipper-inner – if you’re in the mood for light-hearted you can read Charlie Brooker tear apart The Mr Men, or a review of a Miley Cyrus concert. Or, ultimately, you can gain an insight into the more serious side of the world, which is really what the book is about.