BEING JOHN LENNON – A RESTLESS LIFE: Imagine All The Bios ~ Book Review 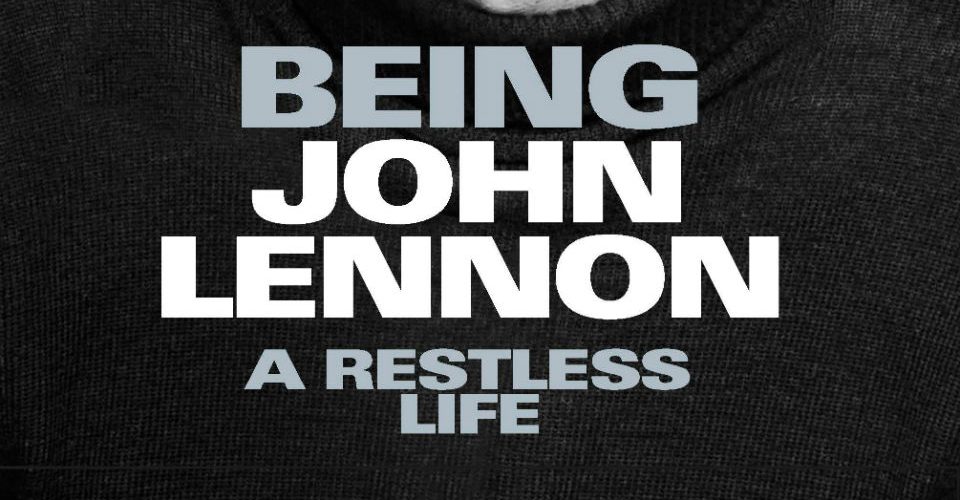 Even John Lennon’s most diehard fans might baulk at the idea of yet another biography of the man (1940 – 1980), and yet Connolly can claim to have been far closer to his subject than most other writers and memoirists, to the point that he actually interviewed John, the other Beatles, Yoko Ono and others over the years and was in fact going to visit New York to see John on the very day he was murdered. This means that he can discuss John’s life from about 1964 with real insight and authority because he was actually there, and perhaps, as a result, he’s also unusually unsentimental and unsparing for a Lennon book, painting a portrait of the dear departed guy that’s rather more distanced and critical than you’re probably expecting.

Connolly (who’s written screenplays, much non-fiction and Being Elvis: A Lonely Life) at first discusses John’s early life in Liverpool during WW2 and its aftermath, and there’s much here that’s familiar: little John being shipped off to live with Aunt Mimi, creating a rift between him and his ‘disgraced’ mother Julia; how his Dad Alfred ‘Freddy’ Lennon 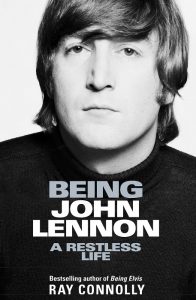 was a bit of a disaster area (and check out the family resemblance in the photos!); and how Mimi hoped he’d get a nice straight job and not waste time with those art school types. More than a little is made of how Julia then reappeared in his life and became more like a girlfriend before her untimely death (The Beatles’ Julia is about her, as is Lennon’s stark solo shocker Mother), and then we’re into how the whole Beatles thing happened, and how exactly it might not have if only a few small things hadn’t fatefully fallen into place.

All the usual figures are celebrated: Paul, George and Ringo, of course, as well as ill-fated manager Brian Epstein and revered producer George Martin, but this is also unusual as it gives the casualties ample space: the doomed Stuart Sutcliffe; original and sacked drummer Pete Best, the saddest man in popular music; and John’s first wife Cynthia, mother of his neglected son Julian. John’s cruel, thoughtless, even violent treatment of her has often been passed over in tomes such as this, but here Connolly (who spoke to her several times) allows her a little of the limelight, and while John later publicly regretted how he behaved toward her, it simply wasn’t good enough.

Once initial Beatlemania wears off a bit and we go from the creative background to pop-tastic tunes like Please Please Me, Eight Days A Week and Can’t Buy Me Love to Norwegian Wood (This Bird Has Flown), A Day In The Life and even Revolution 9, we naturally find John sparring bitterly with Paul and then getting into drugs and, naturally, Yoko. And Ray is also very sympathetic to her, even if he can’t help but be a little bewildered by her arty, screechy ‘60s songs.

Into the ‘70s we learn again all about the New York John, and hear about how solo classics came to be, from the celebrated and much-beloved (Imagine, Mind Games, Whatever Gets You Thru The Night) to the un-PC and dare-not-be-named (Woman Is The Nigger Of The World). John’s ‘Lost Weekend’ split with Yoko is in there too, and a certain doomy feeling creeps in as we build to what we all know is coming, something that, Ray notes, tragically helped turn John into a proper legend.

Refreshingly upfront and even caustic, this is worth it for Lennon novice and expert alike, even if, at times, it must be said, that Ray, as it were, can, perhaps, get a bit – yes, it’s true – wordy. But, once again, he knew John, and chances are that if John were alive he would have approved of this book, and even offered a blurb for the front cover. Think of it: “As close as you can get to the real thing without being bloody me”, or maybe, “Ray knows me better than I bloody do!”, or even, “The best book about me I’ve ever read. Imagine that!”