BELIEVE ME by J.P. Delaney: Madness In The Method ~ Book Review 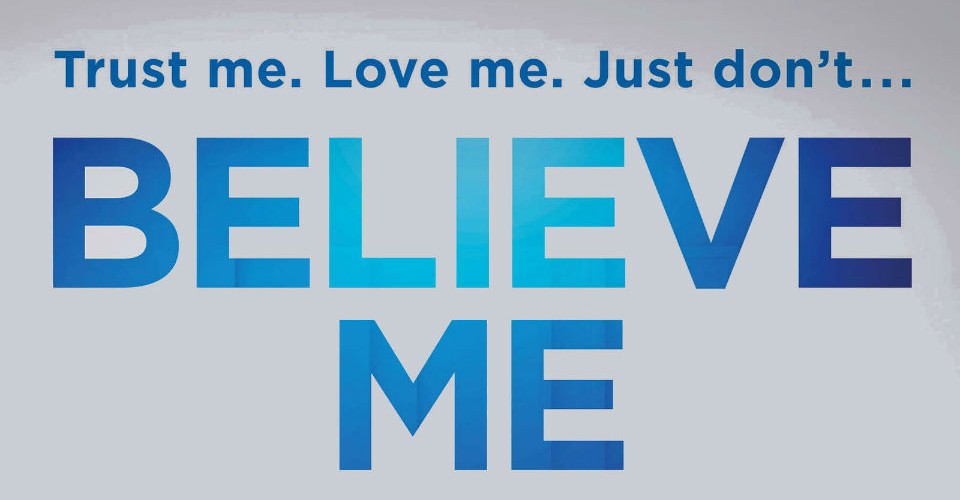 Delaney (a pseudonym for an author who wants to remain mysterious for some reason) had a major hit with her/his first (apparently) psychological thriller The Girl Before last year, and this is in a similar character-driven, nervy-edged, sometimes amusingly unlikely vein. More ambitious and occasionally lightly convoluted with detail, it’s nevertheless an enjoyable read from someone who knows an awful lot about the craft of acting – and the egomaniacal nonsense that underpins it all. 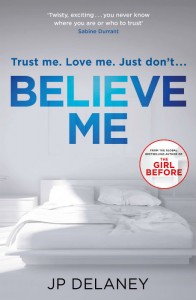 A young British actress, Claire Wright, is struggling in New York, and we learn about her as we go along: she’s an orphan who grew up in several foster homes (a clichéd touch that works anyway) and she got into all sorts of tabloid-friendly trouble on a movie set a while back, so therefore many potential gigs pass her by. In between, she makes money somewhat improbably with a law firm that hires her on behalf of suspicious wives who think their awful spouses are straying, although she pulls back before actually getting into bed with anyone (she isn’t offering a so-called ‘honey trap’, as that would be unethical, like so much else that goes down here).

When she’s unsuccessful in proving anything unfaithful about a charismatic academic (is there any other kind?) named Patrick Fogler, and then his wife (who looks a bit like Kim Novak in Vertigo) winds up murdered, Claire is a suspect, but Patrick’s an even bigger one, and she’s taken on by the FBI to really act, pose as a student and find out anything she can about him. And, instead, she starts naturally falling in love with him, especially when he goes on and on (and on) about Baudelaire, which might have impressed pre-20th Century women but, nowadays, you’d be better off waxing lyrical about a Kardashian.

One of those twisty tales where you just know you’re building up to something, but it’s still cool when it hits – and hits again, and again – this also makes Claire just amiably fragile enough for us to like her, no matter how nutty she might well be. And as she’s an actress she does get pretty nutty, but that’s okay, as we’re right there with her as the screws turn – believe you me.