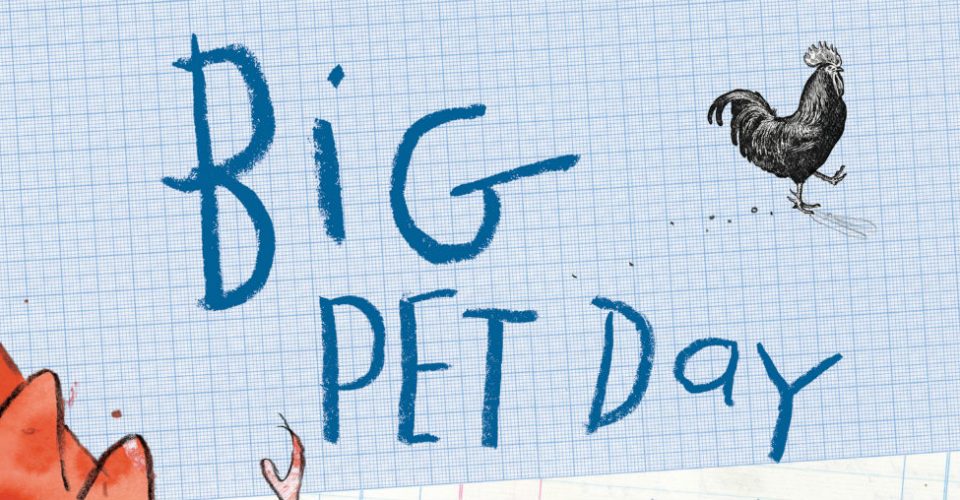 All the kids in Lily’s class are so excited. It’s Pet Day and each of them is allowed to bring their favourite pet for the big pet parade. There are all the usual suspects; an ex-circus pony, an undies-eating puppy, a house-moving hermit crab, a kissing parrot, a ferret that sleeps in the washing machine, 5 performing snails, a waddling duck and a “boy” mouse with 12 babies. And then there Lily’s joke-telling, cough lolly-eating, sky-writing dragon that nobody believes exists. After lunch, the kids brush and preen their pets, ready for Principal Dalton to pick a winner of the big gold trophy. 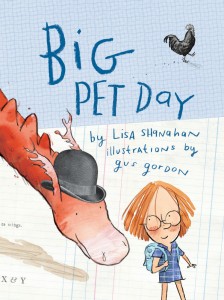 It’s not until chaos breaks loose and all control is lost that the school class realise that Lily was telling the truth all along. Three loud roars from the big red dragon and all the animals stop, all the children stare and all is calm and quiet again. Lily’s dragon has saved the day.

Big Pet Day is a collaboration between two well-known picture book creators; actor-turned-writer Lisa Shanahan, author of Bear And Chook and Daddy’s Having A Horse, and illustrator Gus Gordon who has illustrated more than 70 children’s books. Together they have created an easy-to-read, easy-to-look-at large paperback filled with funny chaotic situations and those gross things that kids love, like pony poop on the floor and little boys eating dog food.

This book is not just about having a voice and being heard, or about what can go awry when you put lots of kids and animals into one small room, but also that just because you don’t necessarily believe that something exists – like having a dragon as a pet – doesn’t mean what they are saying isn’t true. Imagination is a wonderful thing; something to be nurtured and expressed in all children. And there’s nothing better than kids giggling at a good book!