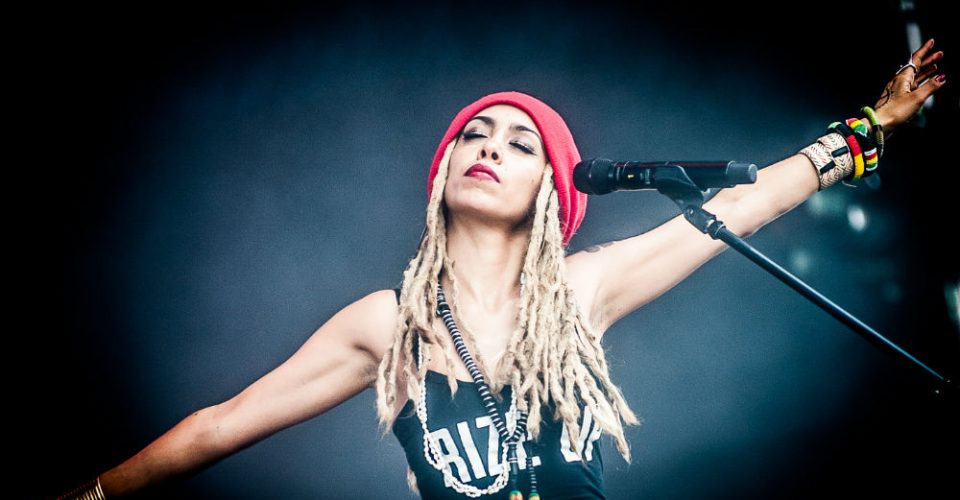 Melbourne-based urban roots and reggae band Blue King Brown have embarked on their Australia tour, following the release of their new album Born Free. It’s nearly 10 years since the band released their original EP and, over the years, have released memorable hits like Water, Stand Up and Come Check Your Head. They’ve toured all around Australia and the world playing festivals, solo shows and sharing stages with artists like John Butler and Santana. With popular songs from the new album like Rize Up and All Nations, Adelaide audiences will definitely be grooving along when they hit The Gov stage.

The Clothesline speaks with lead singer Nattali Rize (née Pa’apa’a) about their national tour, their new album and the issues the band is passionately attentive to, like mental slavery and freedom for West Papua. We ask what kind of shows she prefers playing: festivals or solo gigs?

“Both of them have the things that I like,” Nattali begins. “I couldn’t say for sure which one I like better. I love bigger outdoor festivals because they give off so much energy. At the same time, when we perform indoors or do our own tours, we are able to play longer, craft a bit more of a show and have projections; we can spread our creative wings. So I wouldn’t say I like one better than the other. I like them both.”

“WOMAD is one awesome festival,” she says excitedly. “It’s one of best festivals on the planet! It has such a great community spirit there and the people there are all different ages. It is a really beautiful gathering of music lovers. There is that energy in the place that I love and the Adelaide Botanical Gardens make it just magical.” 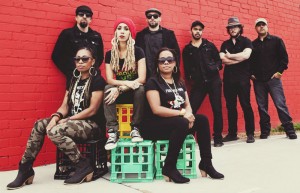 “Born Free has come out of the belief that we are all born mentally free,” Nattali says. “We each have the ability to live, love and share without limitation or restriction. What happens soon after we are born, we are entered into a particular situation and a certain paradigm of thinking. So for us, we believe that mental slavery is a massive issue.

“Physical slavery is still happening all over the world,” she continues. “We have mental, debt and physical slaveries. They didn’t abolish slavery in the 1940s like they said they did. Slavery is still one of the biggest trades in the world. Born Free aims to get us thinking about where we are at, like our perception of our global situation. It is a reminder for people to reclaim their freedom that we are born with. We all have the ability to tap into something greater with the power of our minds that will affect our actions. Our thoughts and words can create a new reality. That’s where Born Free comes from.”

Blue King Brown were recently in Vanuatu to record the film clip for All Nations. Why was this location chosen?

“Vanuatu is such an amazing place. I love it! Love, love, love it!” Nattali enthuses. “It is such a chilled, renegade-loving island filled with such beautiful people and is one of the only Governments that outwardly continue to speak up for their Polynesian brothers and sisters in West Papua. Vanuatu has been a long-time supporter and in the film clip we are flying the West Papua and the All Nations flags so it had the right spirit; it was the right place to do the film clip.

“West Papua is an issue we speak about and campaign for. Two members of band are from West Papua, but also because of what’s actually happening there: the oppression, the brutality, the militancy, the illegal occupation. Once you know what is happening there you can’t just sit back and ignore it.

“We use music as a platform to raise awareness for the movement about West Papua,” she continues. “It is vitally important, as musicians, to be reflecting what is happening in our community and to be a voice for the voiceless. We don’t take that responsibility or that task lightly. We definitely feel that we have an important role to play. For me, I am hearing their stories and that of their relatives and their families. The sheer horrific, unimaginable brutality and violence makes you sick. Then it makes you angry. Then it makes you want to do something about it.”

Nattali discusses how the band crafts their shows so that they can get their messages across to their audience while still uplifting them through their infections music and stage presence. 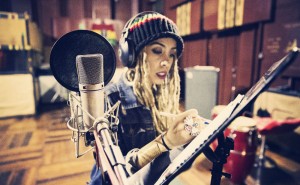 “We try not to talk for too long, but we want to get something across. I can’t speak for everyone, but when we have done some really significant actions on stage we know people are supporting us. Seeing 10,000 people put their fists in the air in support for West Papua is incredible. I know that it does have an impact, even though it affects different people in different ways.”

“I think it was last year that we first performed an acoustic set of Blue King Brown,” she says. “We did it with Julian Marley (Bob Marley’s son) and it came together really well. At the end of that tour the reaction that we got was really powerful. You can really hear the voices and the harmonies. They are there in our music, but it’s different; the voices are really front-and-centre in the acoustic shows. We really enjoy it. So when the opportunity arises, we definitely love to perform acoustically.

“We have been doing a lot of last-minute spontaneous shows lately. It is quite versatile for those that want Blue King Brown, but we can’t necessarily get the whole band together. With the girls we have it all happening and we can just get to the venue and go for it.”

So what’s next for the band after this Australian Tour?

“We are heading back over to the United States for some shows,” Nattali replies. “We have some festivals there and some other shows to support the release of Born Free. Then we’ll be back in Australian in April to play the Byron Bay Blues Festival and another show in Perth with Michael Franti and Spearhead before heading back overseas again. We like keeping the wheels turning, keeping the mission going and giving thanks every time for the opportunities that come in.”

For people who haven’t heard much of Blue King Brown before or are keen to hear the new album, there is a free web-album set up at www.bkbbornfree.com where you can stream the entire album.

Bookings at Moshtix on 8340 0744 or moshtix.com.au. Click here to purchase your tickets.