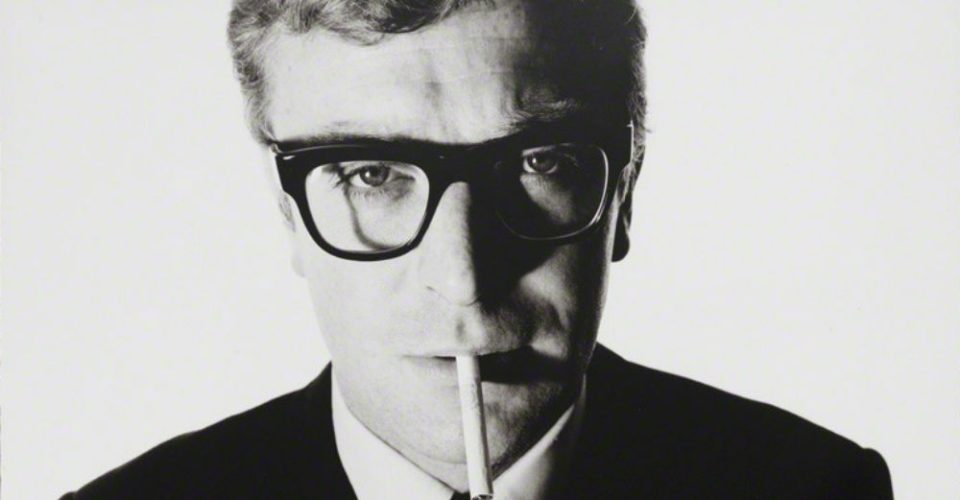 A musical celebration of four of Sir Michael Caine’s greatest films from the 1960s, Blow The Bloody Doors Off! is coming to Adelaide for one show only as part of this year’s Adelaide Festival. The breathtakingly well-credentialed Terry Edwards has, in his role as Musical Director, brought together an extremely talented ensemble of multi-instrumentalists to present an evening of cinema music made famous by the likes of Quincy Jones (The Italian Job), Sonny Rollins (Alfie), Roy Budd (Get Carter) and John Barry (The Ipcress File).

We speak with Terry Edwards and ask where this idea sprang from? Was it something in the music, the films, the actor, or something else entirely?

“I think it was a little bit of all those,” he begins. “In a sense, I just knew it was a good idea [laughs]. It was one of those things where you think ‘I’m not gonna tell anyone – why hasn’t anyone done this before?’ The music is so strong and they are great films, in the sense that everybody loves watching them.

“Being a touring musician, it’s very popular to put The Italian Job on the video in the bus, that sort of thing,” Terry continues. “I originally had the idea to do the show as a tribute for Michael Caine’s 80th birthday, which was a couple of years ago now. We couldn’t get a date around that time so it didn’t really work out. The Barbican in London thought the idea was strong enough though, regardless whether it was an anniversary or not.

“Having an evening of music from Sonny Rollins, Quincy Jones and John Barry all under one roof was too good to pass up.”

“The pieces have their own personality, so they stay separate,” Terry explains. “But we have a group of multi-instrumentalists, and specialists in some other fields, all together on stage so it gels in terms of the performance.”

The musicians you’ve assembled, are you familiar with most of them? 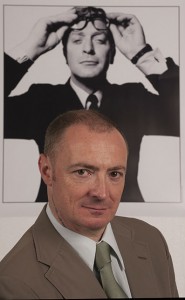 “A lot of them, yes,” he replies. “Certainly, I wanted people who got the music. For example, Hammond organ player Seamus Beaghen knew the Get Carter soundtrack backwards before I even asked him. That kind of music is just part of his DNA. I selected people carefully, for what they do and for their broad range of musical styles.”

So, the musicians will be moving through a range of instruments on the night?

“Yes. There are two woodwind players, apart from myself,” Terry says. “One is playing tenor sax and flute, and the other is playing clarinet, flute, alto flute, tenor and alto saxes, which helps keep the overheads down [laughs]!

“It’s a fairly big band anyway; I think it’s quite small but when I say to people ‘There are about 15 people on stage’ they say ‘Wow that’s huge [laughs]!’ When you are trying to recreate something that’s almost orchestral, for example in some of the sections in The Italian Job, then you need a few hands to the pumps.”

How close will the sound be to the actual film soundtracks?

You’ve been described as a musical polymath. What will you be playing on the night? Or will you be conducting?

“Well, I will be conducting; there are certain elements that definitely need it,” Terry explains. “Some of it is fairly orchestral in the way that it’s been written, so I will be conducting. My main instrument, in this concert, is trumpet. I play a bit of guitar but I leave the woodwind players to themselves – which is strange for me because I do a lot of saxophone work!”

A bit different, then, from playing two saxophones at once, in your role as an occasional Blockhead?

“One of the main reasons I started playing saxophone was watching The Blockheads and seeing Davey Payne; I was absolutely in awe as a teenager,” he says. “I was able to play keyboards, trumpet and guitar but I got a sax for my 18th birthday and that seemed to take over.

“The Blockhead thing (playing two saxophones at once), of course, is great for people to watch”. Terry continues. “You see everyone’s phones come out as soon as you do it live. I had my eyes closed when I was playing on stage just before Christmas and the guy next to me said ‘Did you see that? There was a bloke filming you with a phone in each hand!’ Which kind of appealed to my sense of humour.”

Why were these four films selected?

“Initially, when I was thinking about the idea, before I’d spoken to anybody about it, I had big plans,” he says. “I was thinking I’d take Michael Caine’s entire career, right from when he was uncredited on TV shows in the late fifties and early sixties, and go from then right up to Batman. But I think we’d still be in the concert hall now if we’d done that! He’s made over 80 films. I was advised to trim it down, just a bit [laughs].

“For the sake of the audience, if you keep it down to four films within a certain period of time, that’s good. It’s actually a bit of a snapshot of movie music from the sixties; it covers a lot of bases; it seems to be stronger just using those four films.”

Blow The Bloody Doors Off! Was first performed in February 2014 at The Barbican in London. Being only the second performance, we ask Terry what made him think this concert would be suited to the Adelaide Festival.

“Well, I happen to know the British curator of the Festival,” Terry explains. “I asked him if he thought it would go down well in Australia, because I didn’t know. It’s a fairly film-oriented slant for this year’s Festival and I think, hopefully, I sowed the seed [laughs].”

Do you have a favourite Michael Caine film?

“After we did the performance last year, I didn’t want to watch any of them for about a month,” he laughs. “I’d watched them so many times! Just recently The Ipcress File was on TV; that’s got a great pace to it. I think it’s Get Carter, actually, certainly out of those four. He’s very good in Educating Rita but the soundtrack wouldn’t have worked for this show.”

Any other plans for your time here, outside of the concert?

“Well, it’s mushroomed a bit because I’m also going to be doing Tommy with Eric Mingus and Hal Willner. I’m being brought over a couple of weeks early – they are getting their money’s worth out of the flights [laughs].

“Straight after Adelaide I’m going to Sydney and Melbourne with a similar kind of project, music from David Lynch movies, but there’s no visual element in that production. Again, it’s only been performed once, at The Barbican. This time, though, I’m just a foot-soldier and not the musical director. That’s quite an interesting one to do.

“The other thing I am really looking forward to on one of my days off is seeing England v Bangladesh at Adelaide Oval. I live in Whitechapel in the East End, and most of my neighbours are Bangladeshi. It’s really funny that I’ll be travelling those thousands of miles to see England v Bangladesh!”

Blow The Bloody Doors Off! performs at Adelaide Town Hall from 8pm on Thu Mar 12.