BLOWING THE BLOODY DOORS OFF AND OTHER LESSONS IN LIFE by Michael Caine: The Caine Mutiny ~ Book Review 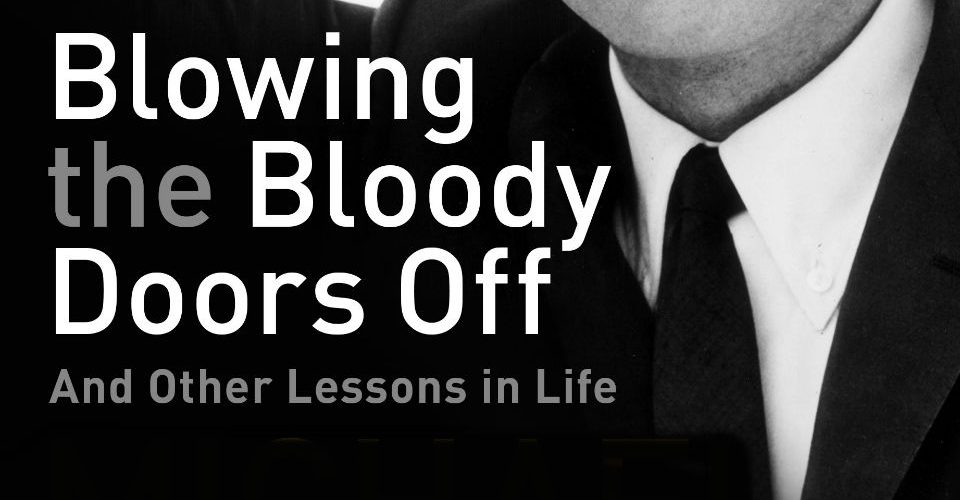 Sir Michael Caine, one of the most beloved of all actors, has written a volume of autobiography before (2011’s The Elephant To Hollywood), but this is more a nostalgic reminisce about the whole craft of working in the movies combined with a little advice for aspiring stars, more than a little repetition, a certain stodge and a whiff of egomania. However, when you’re Michael Caine you’re allowed these small indiscretions (and yes, not many people know that, as his legion of impressionists might say).

Revisiting some Elephant detail and flashbacks to the ‘60s you can also hear about in the genial documentary My Generation, this has Michael often mention that he’s 85 now and, therefore, he can look back on his career philosophically, with all of its highs and lows. He’s refreshingly candid too: the highs he keeps coming back to include Alfie, Zulu, the original The Italian Job (from which the book’s title is drawn), the Harry Palmer movies, 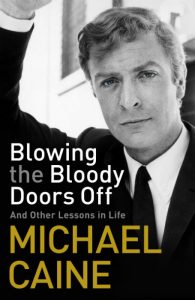 Educating Rita, The Cider House Rules, Austin Powers In Goldmember (he’s wrong here though, as Mike Myers didn’t direct this one) and Christopher Nolan’s films, while the lows number Ashanti, Jaws 4: The Revenge and some pics you’ve never heard of (and, as he quips, it’s best that way).

Sir Michael has plenty of information to impart about the whole actory thing too, although much of it seems a tiny bit obvious: learn your lines over and over until you can repeat them in all sorts of combinations, in any location, at any time of day and in front of anyone; be on time to the set and don’t make a fuss or you’ll regret it; don’t steal the limelight from your co-stars or they’ll steal it right back from you; and be nice to everyone, which was surely one of the key contributing factors in Maurice Joseph Micklewhite becoming Sir Michael Caine.

There’s also plenty of insight into his experiences on his most famous movies as well: learn about the time he almost impressed the impassive Brian De Palma on the set of Dressed To Kill (that led to one word of quiet praise); find out how he was nearly fired from Zulu for keeping his hands in his pockets (they were trembling so much he had to hide them) and for his then-revolutionary use of his Cockney accent; and marvel at the fact that Christopher Nolan got Caine involved in his first Dark Knight installment Batman Begins by simply turning up at Michael’s home one Sunday morning with a script, amusing the star no end and leading to spirited chat over coffee with Michael’s missus Shakira. Michael was initially disappointed at the idea of playing a butler (he hadn’t yet quite realised he was no longer a romantic lead in the early 2000s), but then he discovered that said butler was actually Bruce Wayne’s guardian Alfred Pennywoth – and he just had to say yes.

And as you near the end of this one, you may just start to wonder who’s going to take the place of Caine and his esteemed pals Sean Connery, Sidney Poitier, Morgan Freeman and the rest once they’re gone. Tom Cruise? Gerard Butler? Dwayne Johnson? Henry Cavill? Jack Black, maybe? Orright? I think not!!!