BOB DYLAN: ALL THE SONGS – THE STORY BEHIND EVERY TRACK – Book Review 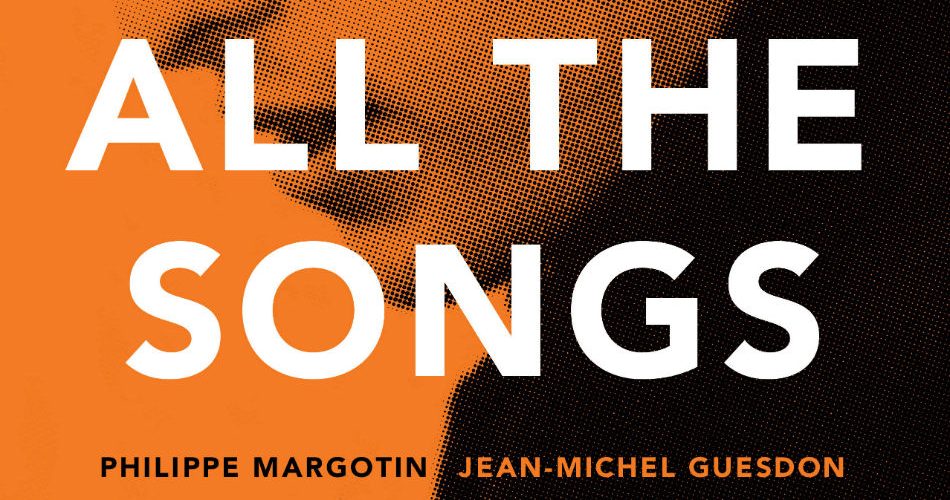 While there have been formidable books studying the prolific output of the great and oh-so-difficult Bob Dylan before (such as Dylan: Disc By Disc earlier this year), Margotin and Guesdon’s encyclopedic effort must qualify as one of the most startlingly exhaustive (and possibly exhausting), with the same eye for intricate detail and surprising trivia tidbits that they brought to their similarly huge All The Songs tome studying The Beatles, which, like this, works as both a book and a lethal weapon. 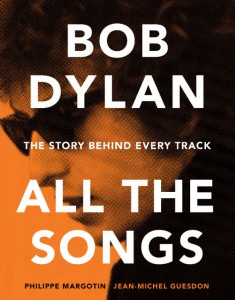 Probing every album, from 1962’s Bob Dylan to 2012’s Tempest, the authors also offer enlightening descriptions of Dylan’s life, work and often cranky mindset at key points, feature plenty of long-unseen photographs and bravely try to get a handle on the artist’s massive and much-loved bootlegs, which is no small feat as Dylanologists (the authors’ own term) know all too well.

And there’s plenty here even for the hardened devotee, with every song, from Like A Rolling Stone and All Along The Watchtower to Dylan’s cover of I’ll Be Home For Christmas and Tempest’s Pay In Blood analysed, along with discussions upon the genesis of each track and the lyrical development, the recording process and occasional problems (which are often amusingly audible in the early offerings), and what they might perhaps mean in terms of Bob’s personal life and political views, much of which he keeps secret or infamously describes in the most cryptic of terms.

But even this amazing volume is already slightly out of date, as the indefatigable if now-74 Dylan just keeps on touring, recording and behaving in the most Bobbish manner possible. And who might Margotin and Guesdon turn to next for another All The Songs book/doorstop? A band with a huge and trendsetting output like The Rolling Stones? Or David Bowie? Or Pink Floyd? Or Elvis Costello? Or… um… who is there left? Aren’t we rather running out of ‘The Greats’?

Bob Dylan: All The Songs is now available through the Murdoch Books website. Click HERE to purchase your copy.