THE BOOK OF HUMAN EMOTIONS: AN ENCYCLOPEDIA OF FEELING FROM ANGER TO WANDERLUST – Book Review 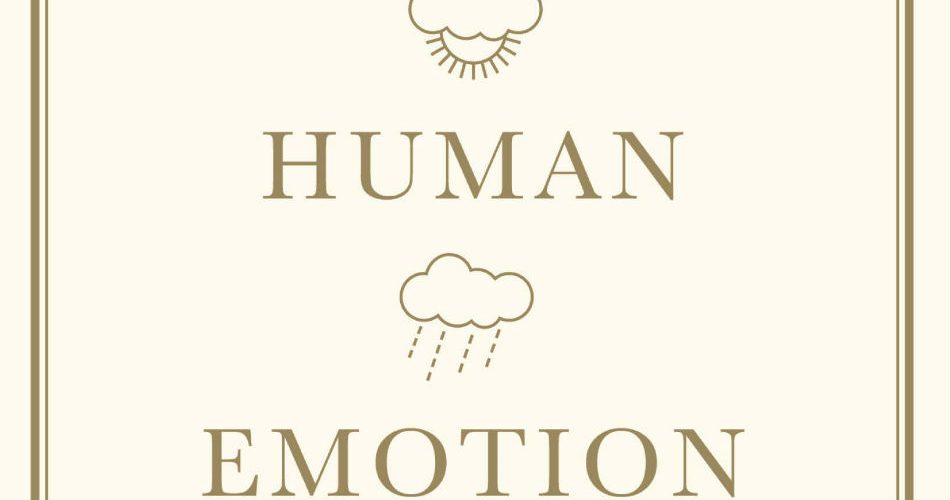 Part of and tied into the ‘Wellcome Collection’ and ‘Wellcome Trust’ (look them up), Smith’s handsome tome is a dictionary of emotions (or, as the introduction points out, ‘passions’ or ‘humours’ as they were once known), and surely we could all do with something to explain the suddenness or intensity of our feelings, especially when we’re hit by some of the scarier and more destructive types described here. And what’s that? Sorry, you’re “in control”? Yeah, right. 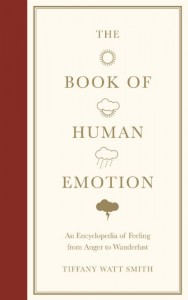 Each emotion is given something of a historical context and sometimes a literary or fresh cultural perspective, and they’re all here: the emotions we aspire to and sometimes achieve (Calm, Empathy, Happiness, even Love); the emotions we’re afraid to contemplate and try to squash (Anger, its fearsome sibling Rage, Grief, Vengefulness); old-school, even fancy emotions (like Pique, as in ‘a fit of’); emotions of a more modern bent, often with a tinge of dark humour (consider Postal, as in ‘going’, the self-explanatory ‘Heebie-Jeebies’, and ‘Ringxiety’, the anxiety-inducing belief that your mobile phone has just rung when it hasn’t); and emotions that you mightn’t have thought were actually emotions (like Boredom, Claustrophobia, Morbid Curiosity and Nostalgia, which isn’t what it used to be).

The most compelling and frequently amusing listings here detail emotions you had no idea had ever been named, and they come from all sorts of peoples and places and include: the French ‘L’Appel Du Vide’, as in ‘The Call Of The Void’, that weird and unsettling compulsion some have to leap off a cliff or in front of a passing train; the joyous Welsh ‘Hwyl’, which means exuberance and excitement, like the wind is in your sails; the Inuit ‘Iktsuarpok’, which is the fidgety feeling you get while waiting for guests to arrive before a party or dinner; and the Spanish ‘Vergüenza Ajena’, which is a little like the also-listed ‘Schadenfreude’ but is actually a vicarious but fairly enjoyable humiliation you feel towards strangers, like someone embarrassing themselves on a TV talent show or while drunk at a pub or as they write a book review where the sentences are really a bit too long.