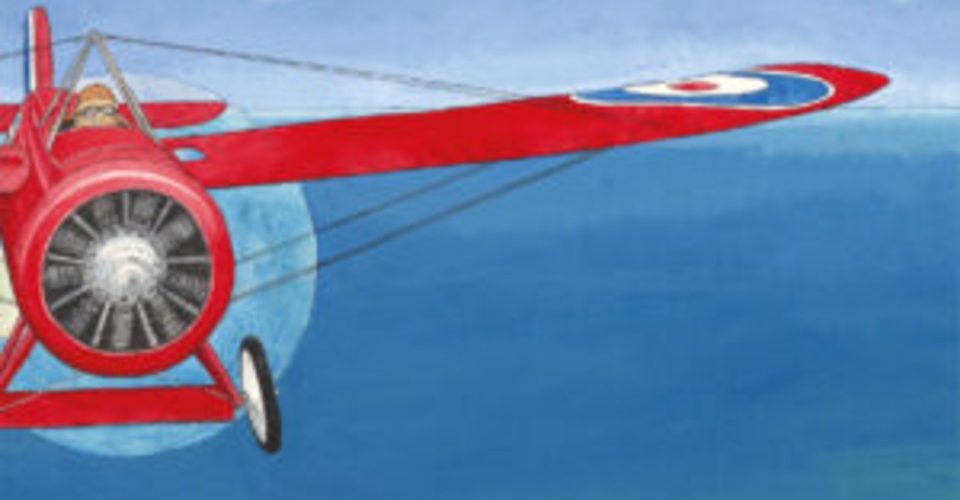 Beverley McWilliams’ tale of South Australian aviator and icon, Harry Butler, is a charming story with themes that resonate today.

Harry was a child destined to be a ‘great farmer like his father’, but he dreamed of adventures. He saw the possibility of a world that ranged further than the boundaries of his father’s farm; he saw options and opportunities where others saw impossibility and fear. When he read about the new flying machines, he dreamed he would one day fly. Then The Great War came, and Harry signed up to become a pilot in the Royal Flying Corps. His dream came true, and he flew.

Harry was a war hero, but when the war was over, he had yet to make his biggest impact. He became a star in communities all over the state when he did the impossible; he crossed the Gulf St Vincent by air. Everyone wanted to see this marvellous sight! Harry continued to enchant his community with daring air shows, fundraising campaigns for ex-servicemen and Christmas card drops to children in care. 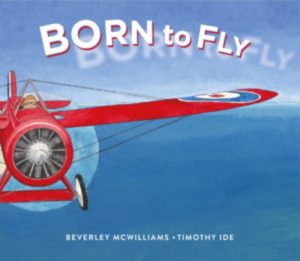 It is hard to grasp the wonder of these feats in today’s world. But there is no denying that Harry Butler showed us that humans are capable of great achievement and that nothing should be dismissed as impossible. The dream of a small boy, whose ‘heart was in the sky’ became a positive focus for a state in disarray after the most devastating war the world had ever seen. Harry brought delight, wonder and hope to the entire state.

McWilliams’ story, and the accompanying notes and timeline, revitalise this terrific South Australian story and will be as much a source of wonder to today’s children as it was to the people who saw Harry Butler fly his way into history.

Timothy Ide’s illustrations begin rich with the browns and golden yellows of the South Australian countryside. The battlefield spread is appropriately dark and drear, showing the desperation of the trenches. Post-war the colours brighten and lift off the page with the famous red fuselage of Harry’s ‘Red Devil’ monoplane.

McWilliams and Ide have lovingly and faithfully recreated this iconic story, which can now be cherished by a new generation of families.

This title is available through MidnightSun Publishing. Click HERE to purchase your copy.