A BOY AND HIS DOG AT THE END OF THE WORLD by C.A. Fletcher: It’s Life Griz, But Not As We Know It ~ Book Review 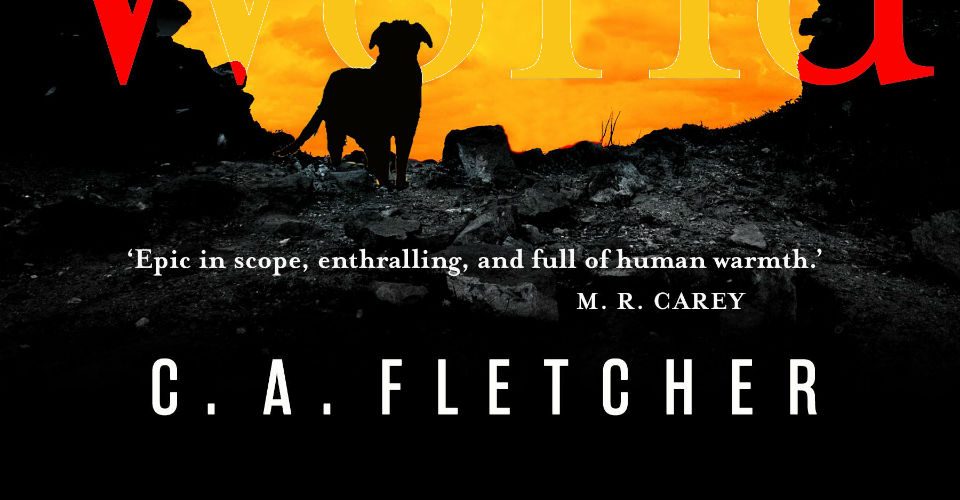 The first book by Scottish author Fletcher is a slightly odd read, mainly because our protagonist Griz is so unreliable and uses a curiously awkward voice that occasionally helps smooth over Fletcher’s own convolutedness. A post-apocalyptic science fictional drama that lacks the action, horror or intellectual grandstanding associated with the tried-and-true form, this deliberately nods to a cycle of dystopic novels in its very title by making reference to Harlan Ellison’s A Boy And His Dog, the first book of which (back in 1969) was controversially filmed under that title in 1975. However, Fletcher wisely leaves out Ellison’s ugliness and misogyny but instead adds a certain long-windedness – and just a whiff of pretension. 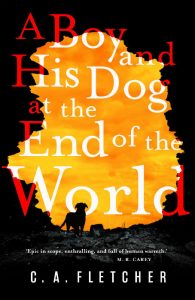 Young Griz (so-named due to so much grizzling as a baby) lives on the island of Mingulay off the coast of Scotland with a hard-working Dad, a brain-damaged Mum, several siblings and a beloved pair of noble hounds named Jip and Jess. It’s 100 or so years since ‘The Exchange’ (a nuclear event), ‘The Gelding’ (which sounds like the mysterious mass infertility and dying-off in Children Of Men) and the ‘Baby Bust’, and now there are so few people left in the world that our protagonist hasn’t met enough to make up a football team, although, to be fair, he’s barely left the island as it’s considered too unsafe.

Griz is a weird one, with quirks including a self-conscious interest in reading old books found in tumbling-down houses and a specific love of post-apocalyptic fiction, which means that he tells us all about John Wyndham’s The Day Of The Triffids and Cormac McCarthy’s The Road but struggles to remember titles and details concerning The Wind In The Willows, The Hobbit and Macbeth. Naturally you therefore wait for a cheesy mention of A Boy And His Dog, but it doesn’t come.

A stranger who calls himself Brand arrives and spins stories about 13 years at sea and far-off and awfully empty lands that Griz wisely doubts, and (no spoilers necessary) Griz is forced to pursue him far beyond an accepted point of safety to reclaim the family’s property (and if you think about that title you’ll guess what it is). Our hero winds up in the ruins of what seems to be Edinburgh and ventures past a series of landmarks that would probably be recognisable to any reader familiar with the area, and on into unknown realms where dangerous wildlife flourishes.

But not, say, vampire armies, ravening zombies, disease-carrying aliens, irradiated mutants or anything of the clichéd sort, although those hoary old standbys might have spiced things up a bit as he plods on and on, wearyingly making us wonder what he’s not telling us, who he’s writing this very book for, and why exactly we might be reading it.

All in all, a bit of a slog at times. But it’s a first novel, and not the end of the world.

Tags:  A Boy And His Dog A BOY AND HIS DOG AT THE END OF THE WORLD C.A. Fletcher Children Of Men Cormac McCarthy Dave Bradley Hachette Australia Harlan Ellison John Wyndham Macbeth The Clothesline The Day Of The Triffids The Hobbit The Road The Wind In The Willows