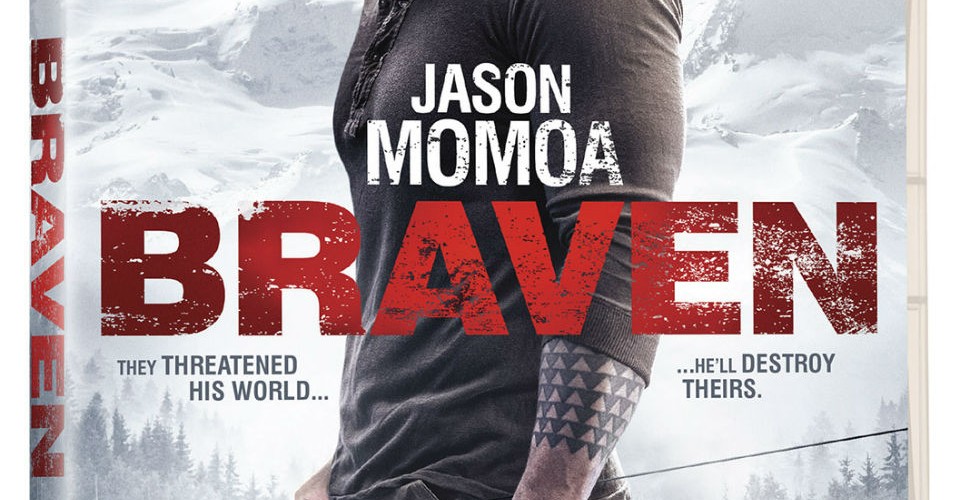 Jason Momoa is pretty busy at the moment on massive productions (he finished up on Game Of Thrones a while back and now he’s Aquaman in the Justice League movies and the new Crow too), but here he settles for something smaller and more character-driven – and, yes, he really acts (and produces too).

Director Lin Oeding’s Canadian action drama has Jason as Joe Braven, a family man who owns a rural logging company (this was shot in outer 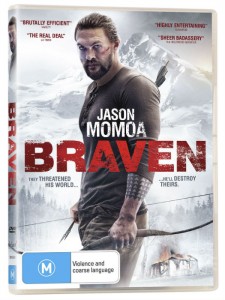 Newfoundland), loves his wife Stephanie (Jill Wagner) and little daughter Charlotte (Sasha Rossof), cares for his dementia-suffering Dad Linden (Stephen Lang), and is so huge and massively muscled you can’t help but wonder why anyone would dare upset him.

His dim co-worker Weston (Brendan Fletcher), however, goes behind his back and unwisely uses Joe’s mountain holiday house to secretly stash some drugs, so that when Joe, Linden and Charlotte travel there for some R+R they’re attacked by a nasty bunch of traffickers led by Kassen, who’s played by Garret Dillahunt, a character actor best-known for baddies just like this (although he can be nice too, as in TV’s Fear The Walking Dead).

Kassen tries to approach the situation calmly and professionally and insists that no one will get hurt as long as he gets his stuff, but soon the first shot is fired, Charlotte is threatened and Braven is forced to resort to some moderately high-impact violent action, and while it’s never as strong as something like Straw Dogs or as flashy as a Bourne epic, the intensity is still pretty damn high.

And, again, while the man-mountain Momoa might be a pretty good actor he remains a bit hard to cast, especially as we’re supposed to believe here that he’s just an ‘ordinary guy’ – and he most certainly is not.