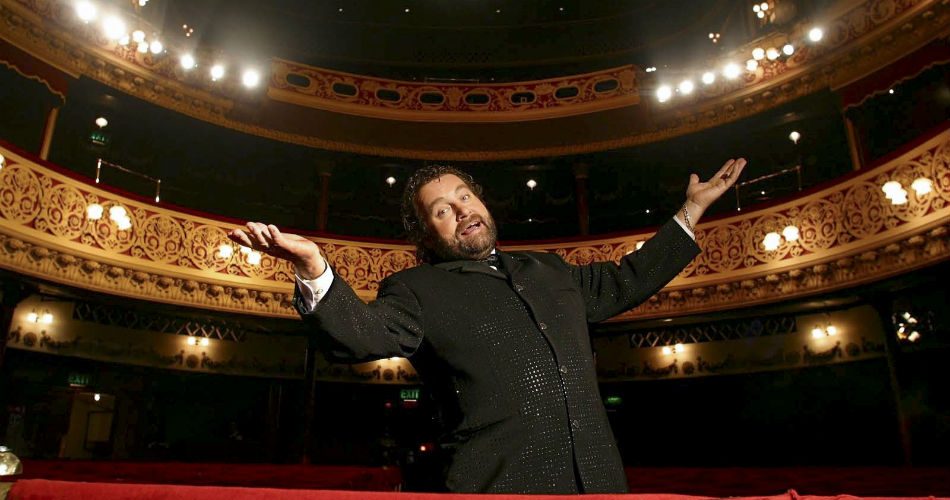 Brendan Grace is considered one of Ireland’s funniest family comedians, appealing to all age groups. Also a singer, Brendan is best known for his schoolboy character Bottler, his role as Murphy in the 1995 movie Moondance and his 1996 appearance as Father Fintan Stack in the popular Irish TV sitcom Father Ted.

Although now residing in America with his family, Brendan regularly visits and tours Ireland. We speak to Brendan from his home in Florida and ask him to tell us about An Audience With His Grace, the show he is bringing to Australia in November.

“I perform solo but there are some Irish characters I’ll be introducing that your Irish ex-pats there will be familiar with, like Bottler,” he begins. “Some of the Aussies will get to like these characters too; they are similar to a lot of Australians.”

You’ve been travelling on and off for almost thirty years. Do you ever tire of it? 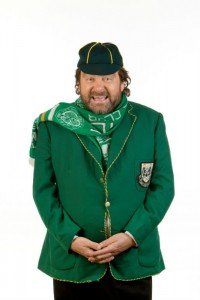 “No,” Brendan replies. “I’ve made it something I love. I loved geography in school and I can remember buying my first world globe, looking at the all places I wanted to – and now have – visited. I enjoy the travelling and dressing up in costumes for the characters that I do.”

Brendan tells us that he enjoys meeting his audience after the show, and will be happy to take requests from anyone who would like him to contact their family on their behalf once her returns home to Ireland.

“I met a lot of wonderful people when I last toured there with Finbar Furey, and also with The Dubliners,” he says. “I’ve always enjoyed Adelaide. I remember performing at The Irish Club with my great friend, singer Paddy Reilly many years ago. There was a lovely older lady there who had left us a table of Irish baked goods; real Irish tea, biscuits, cakes and bread. It was heaven after living on sandwiches and hamburgers for so long. She even invited us for a real Irish Sunday meal – which we both gladly agreed to.

“So, Paddy and I met in the lobby the next morning and did what all good Irishmen like to do on a Sunday morning – we had a couple of drinks. It was only when we jumped into a taxi and the driver asked us where we were headed that we realised that neither of us had asked for an address. So, somewhere in Adelaide, there was a very irate woman with two beautiful Irish dinners and nobody to eat them.

“I wrote to the woman at The Irish Club to tell her what happened, because I was afraid she would think that we didn’t appreciate it,” Brendan says. “Later that night I met Eric Vogel, who lived in Adelaide at the time. We ended up at his house for dinner, but we were back on the sandwiches and hamburgers again [laughs].”

What have been some of the highlights of your comedic career?

“It’s a very upbeat and ‘feel good’ business to be in. I would never have made a good policeman because I’d have been the policeman who laughed at every occasion and never arrested anyone,” he chuckles. “Meeting up with legends like John Denver, Frank Sinatra, Sammy Davis Jr has definitely been highlights in my career.”

Have there been many challenges in your life as a comedian?

“It’s always been hard for me playing to a brand new audience. In Adelaide, I’ll be playing to quite a few Irish ex-pats, as well as Scottish and English people, and Australians of course. The challenges have been doing the kind of comedy the entire audience enjoys. The whole thing in my show is to get the audience laughing and enjoying the show. I work ‘plain’ so the audience age will range from very young to very old. I’m lucky that way.”

Where to after your Australian tour?

“Back to Ireland for my Irish Christmas/New Year tour which will finish up in March, before I take the rest of the year off to spend time with Eileen, my wife of 43 years,” Brendan says. “I do a lot of mother-in-law jokes. I remember one show, my wife and her [now late] mother were there. I was really slagging her as a ‘big, fat woman’, whereas she was actually the opposite. I went up to her afterwards and apologised for picking on her, but she just said, ‘Well, I get a good commission’. She was a smart woman, just like my wife, Eileen.”

Brendan’s CD The Gathering and comedy DVDs will be available for purchase after the show.

Brendan Grace performs An Audience With His Grace at Festival Theatre, Adelaide Festival Centre, from 8pm on Thu 12 Nov.