The Aspirations Of Daise Morrow: A Brutally Funny and Profound Look at Human Nature by Brink Productions – Interview 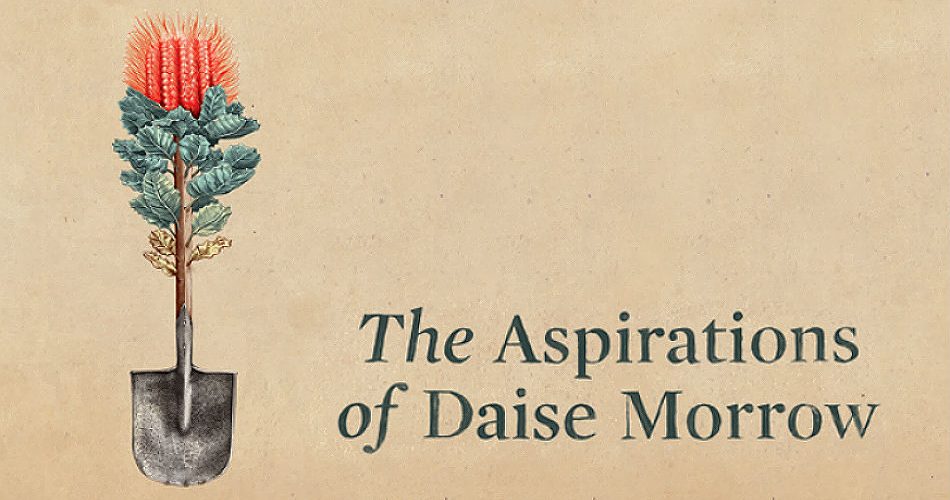 The Aspirations Of Daise Morrow is based on a short story by Australian writer and Nobel Prize recipient, Patrick White. Set in the fictional town of Barranugli, one family prepares for a day at the dump while another readies themselves for the funeral of the scandalous Daise Morrow.

We speak with Brink Productions’ Director, Chris Drummond, about the world premiere of this darkly funny and profound piece, and ask him to describe the inspiration and creative processes that have culminated in this innovative, and very Australian, play.

“I read Patrick White’s short story Down At The Dump and there was something about it that captured my imagination,” he begins. “There’s not a big plot in the story; it’s set on the day of a funeral in a small community but it carries a sense of the cycles of life. It’s very funny and poignant, and I really felt it had something to say.

“The first conundrum was that Patrick White is one of the twentieth centuries’ greatest writers and to adapt the story to a traditional play would require a writer to leave behind the very thing that makes White so special; the images in his language and his turn of phrase. We decided to keep the story as written and still create a really rich piece of theatre that wasn’t like a ‘radio play’ on stage but could somehow be a real experience.

“So the process began when we decided to have a cast of four actors collectively tell this story and portray this community playing sixteen different characters,” Chris says. “In the cast we have an older man and woman, performed by Paul Blackwell and Kris McQuade, then a younger man and woman in James Smith and Lucy Lehmann. We all got together earlier in the year, read the story, worked out which voices suited which characters, the narration and so on. It turned the story into what looked like a script on the page.”

After completing that first piece of the puzzle, Chris explains that the second piece was the staging.

“We are excited to be using the full potential of the Space Theatre in the way it was originally conceived, but is rarely used. We’re removing all the traditional seats, then covering the empty ‘box’ with grass and laying out folding chairs in four big concentric circles with wide pathways between each row and a very small clearing in the middle. It’s a very open feel, where a community might have gathered at a graveside for a funeral or it could be a town hall meeting or a community picnic, that sort of thing. 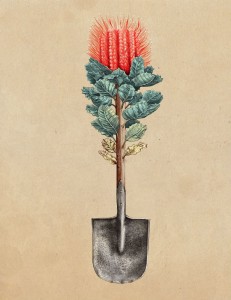 “Above the audience we’re suspending a massive canopy – a sky cloth – and all of the light will be reflected down onto the audience, like they are sitting under the sky,” he says. “It’s like an installation really; the actors tell the story and embody the characters all around the audience. The aisles become the corridors of houses or the roads the families travel to the funeral or become the rubbish dump that a very poor family is picking their way through, scrounging for bits and pieces.

“It’s an immersive and intimate theatrical experience as there is no ‘fourth wall’. The audience and the actors are in the same place; there’s a lot of playfulness, and humour and the actors’ transformations happen in simple theatrical ways. It creates the strongest relationship between the actors, the audience and the collective imagination; that’s where the best theatre always happens.”

Zephyr Quartet has composed the score and will be performing live on stage. What a treat.

“Yes,” Chris agrees. “That’s the third exciting piece and these three things – the text and the actors, the installation and the music – meet in absolute equal weight. We are weaving the 18 original compositions into the show right now, in rehearsals. The quartet is spread throughout the audience, not in a group as they would normally be, but right in amongst the people, so you might be lucky enough to sit next to the cellist.

“Having those instruments up close adds to the almost sensual kind of feeling. A character may be remembering something from their past and to make it theatrical, the present and the past have to exist at the same time, so the music transports us from one moment back through time to the next. We have to help the audience understand the time shifts, the memories and the thoughts so there’s constant interplay between what the actors do and what the space does and what the music does. It’s a really delicate thing to create, as we inch our way forwards and sometimes a single note from the cello is all it needs.

“So,” he adds, “for the audience it will be an experience unlike anything else in some regards, being immersed in sound and light, with the actors up close; it could be very special indeed.”

You have the highly accomplished production designer, Michael Hankin plus Tony Award-winning and internationally acclaimed Nigel Levings as lighting designer. How did you get those people on board?

“Michael and I are both big fans of Patrick White and started talking about this when we worked on another project together,” Chris replies. “I’ve wanted to work with Nigel for a long time, so after we did that text workshop in January we came back together with the actors, the string quartet and the designers for a week and really looked at how the staging could work. Of all our ideas kept coming back to this empty space with the circle of chairs.

“Although what we’re doing is not without risk, when you have designers of that calibre on board, there’s confidence that you’re in the right hands. We want the audience to always feel included, be able to hear and see everything and despite the challenges, we all feel the benefits far outweigh the obstacles.”

Will you be touring the show following this Space Theatre season?

“A lot of people are really interested in it and, after this, we may be able to adapt it to do in cathedrals or churches or pubs or town halls, without losing the live feeling,” Chris says. “It doesn’t always have to be amongst grass and chairs but we don’t really know. We are committed to creating this version of it and would love it to last but you never know about these things.”