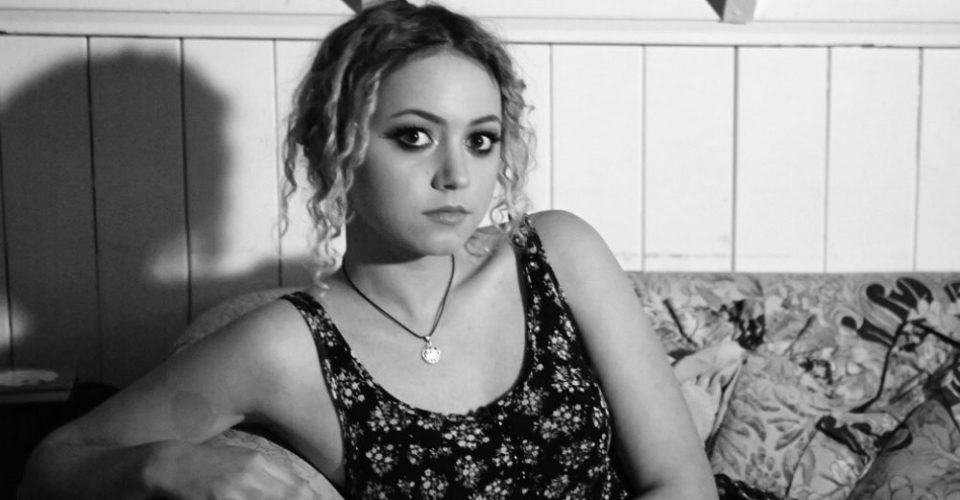 Brisbane-based singer songwriter Sahara Beck, currently garnering much acclaim in the indie folk scene and beyond, is gearing up to release her second EP, Bloom, in October and will be hitting the road to celebrate its release.

Even her name encapsulates the idea of a warm, freely wandering breeze and her music is much the same. We spoke about her newly released EP, Bloom, and the beginning of a career that is exciting in every way.

“The EPs arrived in the mail literally only a few days ago!” Sahara enthuses when I ask when punters can expect the album to hit the stores and JB is one store you can keep an eye out for it.

Not bad for a teen who has decided to make a go of hitting the ground running in her first year out of school while her classmates study, work or play as Sahara is carving herself a musical niche for all those loving something natural, raw and wild. Her cheeky five-song EP is the home of very likeable single Brother Sister, which had me asking possibly a very unoriginal query regarding the percussion in the middle of the song.

“It’s really funny you ask,” she says, “as I have had DJs and producers from all over the place contacting us asking how to recreate that sound. We literally collected everything we could find from a kitchen and sound-tested all of it. Then hung some stuff up. And hit a lot of it. It is now a set, written percussion line. But it is certainly funny how we came about creating that sound. It is pretty unique!”

Sahara, who began with playing piano and later trumpet, comes from a beautifully musical family with her mother playing violin and piano. Then Sahara moved to voice, and now enjoys the odd spot of mentoring by others at the Conservatorium and infrequent tuition simply to learn new things.

“Or when I get stuck on something I am trying to develop,” she says. ‘So I go back to a few lessons and collect a few tools to work with. I like it this way because I don’t really believe I would have developed quite the way I have with someone else really moulding me, or shaping me. I tend to think I ask for help as I go along.”

I ask who she tours with as her Bloom EP features drums, double bass and guitar.

“I am travelling with DJ Damon Joel [well known as former percussionist and drummer with Acca Dacca, an AC/DC tribute band] who is also our drummer. Together we have padded out a really full sound and carry the set really well although naturally it would be great to tour later with the full band.

“But having just the two of us has been really fabulous, as I play guitar anyway and we enjoy the simplicity of just being able to get out there and play. My band are fantastic and I just love that we all get the reasons why we play together and it isn’t about the money or success. We absolutely love just playing music and totally get each other. It is a special kind of friendship.”

Her approach, lyrically, is fresh, simple and honest and Sahara’s guitar complements her voice which needs no embellishment and is therapeutic in tone. Upon viewing one of her video clips, set in Byron Bay in what appears to be a rainforest of some sort, you wish you were there having her croon over you as you lie beneath a tree.

“It is always interesting hearing everyone else’s opinion of what it means to make a go of being a musician,” she muses thoughtfully. “People love to tell you their opinion, even if you didn’t really ask for it. I have been playing and performing for a long time, and seriously so, since I was about 12 or 13, but it wasn’t until this year that I decided to really make a go of this.

“And this year has been so amazing and fulfilling that I find it hard to imagine that I won’t simply keep playing now,” Sahara concludes. “I have definitely built up my confidence in myself and feel more settled in the whole music industry.”