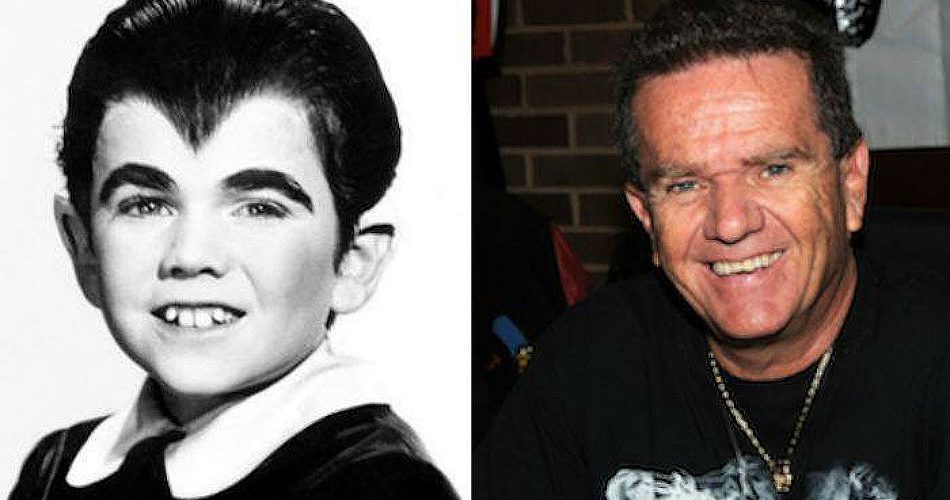 Butch Patrick was somewhere in Kentucky during the following phone interview, and yet the distance didn’t dampen his enthusiasm as we discussed his role as Eddie Munster in the much-loved TV series The Munsters and everything else he’s got up to since the show ended in 1966.

“Yes, and then I’m heading to Melbourne for a film festival and then I’m heading to Brisbane to take care of some business there with imported cars and Harley-Davidsons. I’m very excited to be coming to Supanova as I’ve been hearing wonderful things about it for some time, and I’m looking forward to meeting all the people there.”

Do you maybe know other guests like Barbara Eden or Barbara Feldon?

“Yes, I did an episode of I Dream Of Jeannie when I was a kid and I have met Barbara Feldon before, and Fred Williamson is a friend of mine too.” 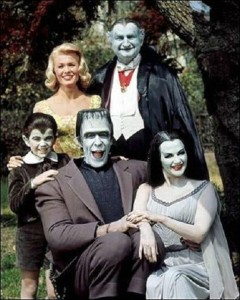 You’re still best known for playing young Eddie Munster, and here we are 51 years since The Munsters began and it’s still on TV and the fans still love it…

“I was eleven and twelve when I did The Munsters… I started actually working acting when I was seven on a show called General Hospital.”

The Munsters is like other ‘60s TV favourites like I Dream Of Jeannie and Get Smart and Gilligan’s Island in that their popularity never seems to wane. Is that maybe because they’re still funny?

“My spin on it is that in the ‘60s television was really coming into its own, because in the ‘50s television was more like just filmed radio. But in the ‘60s the television medium became more structured, and when that happened the writers had an opportunity to write great characters and think up these great shows. All of those shows were being written by great comedic writers and actors… There was a sort of golden age of television comedy… Maybe the popularity is to do with a few other things too: we had the first hot rods on TV, we were in full monster make-up, which had never been done before, and there was some ground-breaking stuff, like the fact that Herman [Fred Gwynne] and Lily [Yvonne De Carlo] were the first married couple to be seen on TV in bed together… Kids now are watching the show with their parents and their grandparents and they’re all enjoying it together. It reflects the quality of the show and the writing, and the family values too, I think.”

I’ll have to mention the A word here, Butch: The Addams Family. Now they were creepy and kooky and perverse, but the joke that worked so well with The Munsters was that they were monstrous-looking yet they were innocent and kind-hearted, and couldn’t work out why they frightened everyone so much…

“The Addams Family is interesting too as never before had there been two shows that seemed similar that came on TV at the same time and went off at the same time, and were in competition like that. I think both series benefitted from that: it didn’t matter which one you liked more: you watched them both… One way that I use to distinguish the two is this: the Munsters were people that looked like monsters while the Addamses were monsters that looked like people.” 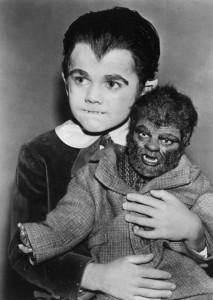 When you played Eddie alongside Fred Gwynne [as the Frankenstein’s-Monster-like Herman], Yvonne De Carlo [as the vampiric Lily] and Al Lewis [as the also-undead Grandpa], you were not just the only child in the main cast but also working with three actors who’d already had long and distinguished careers…

“I was the only kid in The Munsters but I was also the only kid in Universal Studios for the whole run… We had the run of the backlot, and the people who worked on The Munsters had also worked on Leave It To Beaver for six or seven years, and so they were very child-friendly. Fred and Yvonne and Al all had children about my age, and they were all very nice to me… Al was still working into his 80s, and he was a restaurateur and a political activist and had a radio show, and he was very active and a dear friend of mine, and I considered him a mentor.”

After The Munsters finished you also got into music…

“Yeah, in 1971 I was in a TV show called Lidsville for Sid and Marty Krofft [creators of H.R. Pufnstuf, Land Of The Lost and more], and they were looking for someone to do a tour like Bobby Sherman… And then in 1983 I formed Eddie & The Monsters, and we were the first unsigned act… And then I started the show The Basement Tapes and worked with a lot of unsigned acts. You know, the ‘70s was a big decade for pop culture, and that’s why I’m looking forward to Supanova, as it’s all about pop culture… I’d like to also mention a film I did in 1970 called The Phantom Tollbooth, with Chuck Jones [creator of Bugs Bunny and Co.], and I also did a Christmas episode on The Monkees.”

And if I may be so bold, Butch: as you started acting at the age of seven and you worked on The Munsters at 11 and 12, you do therefore qualify as a ‘former child star’, which can be seen as a burden for some actors. But you’ve done very well…

“I’ve had my share of problems. When I was young I went to work on a movie in Tokyo for three months, with no parents or teachers, and I came back with drug and alcohol problems. It was the ‘60s and ‘70s and that was acceptable in the industry… But now I’m sober, I’m a cancer survivor, I’ve got granddaughters and I’ve come full circle. And I’m very happy.”

For further details, head to supanova.com.au.

Bookings through moshtix. Click HERE to purchase your tickets.