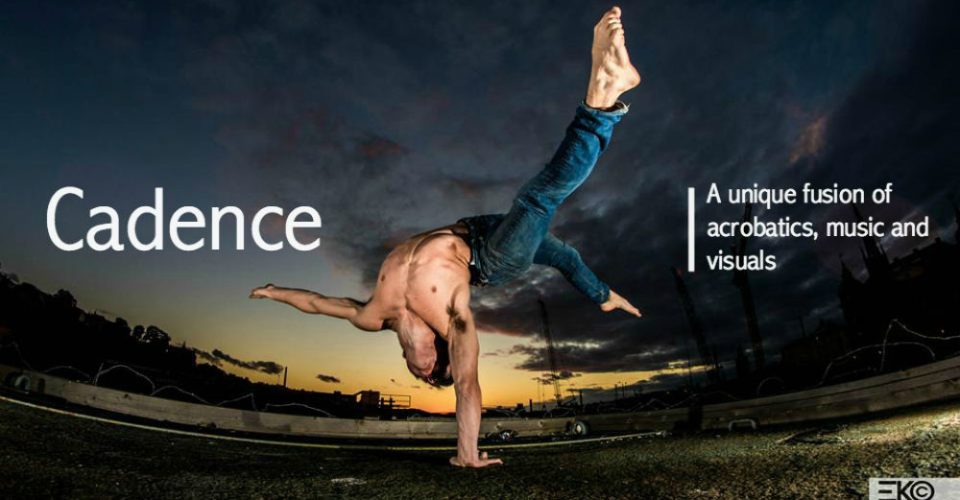 Cadence is what happens when five artists from different backgrounds and corners of the globe converge on Adelaide, but what will be the product of their combined experience? Cadence is a brand new show with members from some of the Adelaide Fringe’s favourite groups (A Simple Space – Best Circus 2014, A View From The Street – Best Music Weekly 2014). The unique fusion of acrobatics, music and visual elements promises to excite.

We sent Geordie Little a few questions. Here’s what he had to say:

First gig: when and where and how did it go?

“I don’t remember my first ever gig, but as a solo artist I started playing gigs only about three years ago. One of my first proper gigs was here in Adelaide in the front bar of the Metropolitan Hotel. There were lots of people there but the sound was terrible. I really had no idea what to do.”

“Apparat and Kaki King. My aim is to mix contemporary guitar with electronic influences and aesthetic, and they are two of my heroes.”

“I saw the Gorillaz a few years ago and the show blew my mind, and I don’t even like their music too much. The only thing that has come close since was seeing Bonobo’s North Borders tour in Berlin.”

“Me. I want to have my own sound and my own vibe. I take influences, sure, but I want to be me when I’m playing.”

“I already play in a guitar duo with the best guitarist I’ve ever met – Bob Spencer from Sydney/Berlin band ‘the Sunpilots’.”

“I don’t play covers. I’ve been writing my own stuff for the last few years and hardly ever play anyone else’s music.”

“I’m currently listening to an unreleased album from musician and electronic producer Kyson.”

“Probably Wim Den Herder, a guitarist from Amsterdam who has played with people like Tommy Emmanuel and Adam Rafferty.”

“Worst gig was a bar in Berlin where half way through my set the waitress came and asked me if I could play anything more up beat. Best gig recently was probably a few weeks ago, also in Berlin, where another band and I crammed about 120 people into a room that holds about 60.”

“Not a show, but when I was busking once someone walked past and yelled, ‘You’re not getting any money from me, coz you ain’t singin’.”

“Again while busking I had an old lady in Berlin walk past shaking her head saying, “hässlich, hässlich” (gross, gross).”

“Cadence is easily one of the best shows I’ve ever been a part of, and I can’t wait to perform it here in Adelaide. You should all come and see it…”