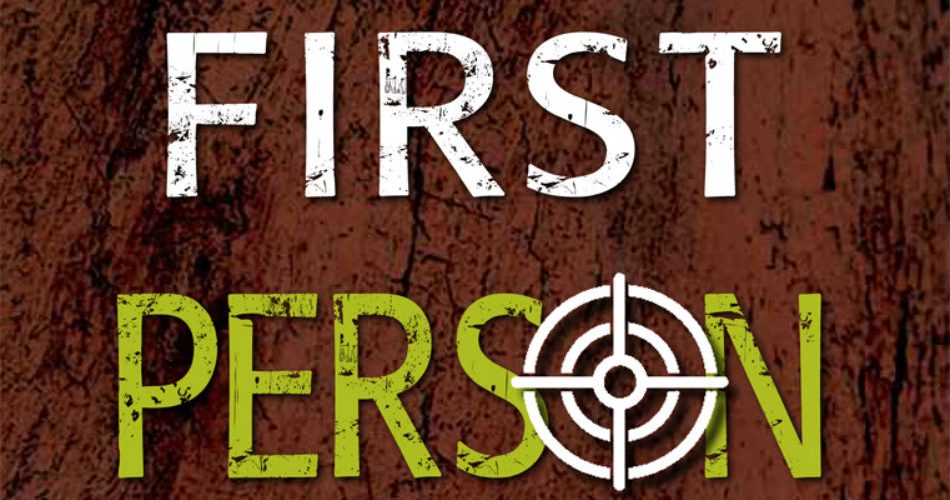 Cameron Raynes is a Perth-born, Adelaide-based writer and teacher. His short story collection, The Colour Of Kerosene, spawned a short film and won the prestigious and highly paid Josephine Ulrick Literary Prize. He combines teaching Aboriginal history with writing short stories, screenplays and now, a novel. First Person Shooter is a deeply personal story for Cameron and is a powerful examination of the ‘shit and beauty that comes with being alive’.

We speak with Cameron who begins by telling us a little about the plot of First Person Shooter?

“Jayden, the first-person narrator, is 15 years old, living on the edge of a small country town. It’s the second-last week of school before the summer holidays and he’s sweating over a presentation he has to give to his English class. He stutters, so speaking in front of people is a nightmare. He’s also coming out of an addiction to first person shooter games and trying to avoid the bullies at school, one of whom has a father who’s in the local bikie gang.

“Jayden’s best friend, Shannon, lives on a nearby farm with her sister. When First Person Shooter opens, Shannon’s mother is soon to be released from prison, where she’s been doing time for shooting her de-facto husband. That man’s son, Pete, a psychopath who works in an abattoir and cooks meth in defiance of the local bikies, has returned to exact revenge for the manslaughter of his father.

“When Jayden gets caught with ammunition at school, things slowly fall apart as Jayden and Shannon become entangled in the war between the bikies and Pete. The homecoming of Shannon’s mother sees Pete threaten the family, an escalation of violence, and a showdown between Pete, Jayden and Shannon. The central dramatic question is whether it will it be left to a 15-year-old boy, armed with a .22, to stop a psychopath from killing the girl he loves.”

First Person Shooter has been compared to the works of Craig Silvey, Tim Winton and John Marsden. Those are some pretty big shoes to fill. How do you feel about such lofty comparisons?

“I’m not getting carried away. I think the reviewer who wrote that might have picked up on the fact that I’m a West Australian by birth and there’s a rural gothic sensibility to First Person Shooter that also runs through some of Silvey and Winton’s works. While I’ve enjoyed the work of all three writers, especially Winton’s Breath, I see my work as markedly different to theirs. I believe that growing up as a person who stutters has given me a unique way of looking at the world, and has certainly contributed to my development as a writer. For instance, I would spend hours as a child running multi-character conversations in my head after every frustrating social situation in which I found myself unable to talk. These ‘conversations’ occupied much of my quiet time, from the age of eight onwards, and have undoubtedly influenced my writing of dialogue. I’m determined to keep developing in all four of my chosen fields of writing – history, short stories, novels and film scripts (where a capacity for writing dialogue is particularly handy).

In Shooter you tackle the very contemporary experience of teenage boys’ addiction to online shooting games. Jayden is described as being addicted to shooter games, like Call Of Duty, and at times he moves through his real world like he’s in a game. Yet he never loses his moral compass, which I think is what many parents are afraid these games will do to young people. What was it about shooter games that you wanted to express?

“Part of what I was trying to do was explore the way in which people who immerse themselves in first person shooters can spend a lot of time ‘scanning’ the real, physical world for dangers. We all do this of course, but not to the same extent as gamers. There’s a parallel here with stuttering, as Jayden uses the word substitution method used by most people who stutter– scanning ahead and substituting words he can say for words he can’t. Jayden thinks of words in a sentence as like beads on a piece of string: some of them are smooth and easy to say; others are ugly, misshapen and impossible. 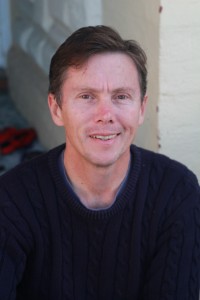 “As a parent, what bothers me about first person shooters and other games is that the companies that make them employ rooms full of very clever people whose job it is to make the game they’re working on the most addictive experience possible. In this way, there are parallels between the work these marketing experts, game developers and psychologists are doing, and those employed to do similar work for the tobacco industry. But the situation is complicated. Current research on gaming and its effects throws up a variety of arguments and observations. Some studies emphasise the desensitisation to violence that these games produce – soldiers in the American and Australian armies, among others, use first person shooters both as training aids and as relaxation. Other studies show that a gamer’s empathy can actually be increased by playing online games that require teamwork.”

Jayden is plagued by his stutter. It disrupts his ability to communicate, to express himself, show his feelings, and ultimately impacts his feelings of safety and acceptance. Why did you give Jayden a stutter?

“At a certain point in the writing of this novel I knew Jayden was underdeveloped as a character. While there was plenty he was up against – a psychopath, bullies, strained family dynamics – I wanted more; a way into his interior world. I wanted him to have a flaw.

“Why a stutter? There’s an adage in writing circles – ‘write what you know’. Up until the time of the writing of this novel, I’d spent much of my life trying to hide the fact that I stuttered. This ‘plan’, instigated at the age of about eight, came at a cost, and it wasn’t until my early 40s that I decided I had to own my stutter and stop hiding it. So, giving Jayden a stutter seemed like the right thing to do, though it took me a couple of months to commit to it, given the fact that I knew I’d lay myself bare in doing so.

“As anyone who stutters knows, it’s a terrible experience for a child and adolescent trying to deal with all the other shit and beauty that comes with being alive. And there were days during the writing of this novel when I was a mess, weeping at the kitchen table as I tried to write the experience of stuttering as honestly and evocatively as I could.”

Shooter tackles some intense themes – murder, death, family disintegration, isolation, friendship, loyalty, drug abuse, violence, mental health problems – and yet one of the overriding themes I felt was love. There is a lot of love in this book, between people alive, dead, dying, absent and right next door. Was that always the plan?

“No, it wasn’t. The main love story between Jayden and Shannon grew by degrees, probably because Jayden himself cannot contemplate Shannon having feelings for him given that he quietly loathes himself for not being able to speak ‘properly’. And of course none of this is helped by the fact that words beginning with ‘l’ are tricky for Jayden to say, so he can’t ever be confident that he can use the word ‘love’.

“At its heart, First Person Shooter deals with the love of self acceptance. Jayden’s only chance to find fulfilment and purpose in his life is to embrace his stutter and learn to stop hating himself.”

Shooter is your first novel. What made you decide to move from short stories and screenplays into the novel form? Did your previous experiences of writing in those forms impact the way your write your novel?

“Short stories are still a niche market and a novel gives a writer the opportunity to engage with more readers. Hopefully there will be some crossover as readers of First Person Shooter hunt out the stories I wrote in The Colour Of Kerosene.

“Writing short stories teaches you conciseness of imagery and compression of detail and dialogue, and makes you focus on the ‘shape’ of the story – on how its parts fit together; how the ending builds on or illuminates what comes before; whether the ending works in the sense of providing some sense of closure or revealing some larger pattern.

“First Person Shooter actually started off as a script for a feature film that took up where the story of The Colour Of Kerosene finished. I find it tremendously useful to switch from one form to the other. Writing a script is especially good for the first draft of a project, what some refer to as the ‘bilge draft’, as all you are interested in is describing exactly what the viewer will see, and the dialogue that goes with it. With no back story to worry about, you’re free to put down on the page the ‘pictures’ in your head that give immediate connection to the characters of your story and the world they find themselves in.”

Is there anything else you’d like our readers to know?

“Copies of First Person Shooter have been sent to people who stutter and national organisations that act in their interests in India, Finland, Poland, England, Canada and the United States. In April 2016, I am giving a talk to the Youth Panel of the Michael Palin Centre for Stammering Children in London and in July I am attending the International Conference on Stuttering at Atlanta, Georgia, and hope to deliver a workshop there. I’m very interested in doing more outreach work of this type.

“The novel will be launched in Adelaide and Brisbane in February, in Melbourne in March, in Fremantle in May, and in Sydney and Canberra (dates to be decided). If you attend one of these events, come up and say hello, even if you stutter!”

First Person Shooter is published by MidnightSun Publishing and will be available to purchase from their website from February. Click HERE for more information. Also available from bookshops.

Sharon Kernot will be launching First Person Shooter at the South Australian Writers’ Centre from 6.30pm on Thu 18 Feb. All are welcome. Click HERE for more information or to RSVP.