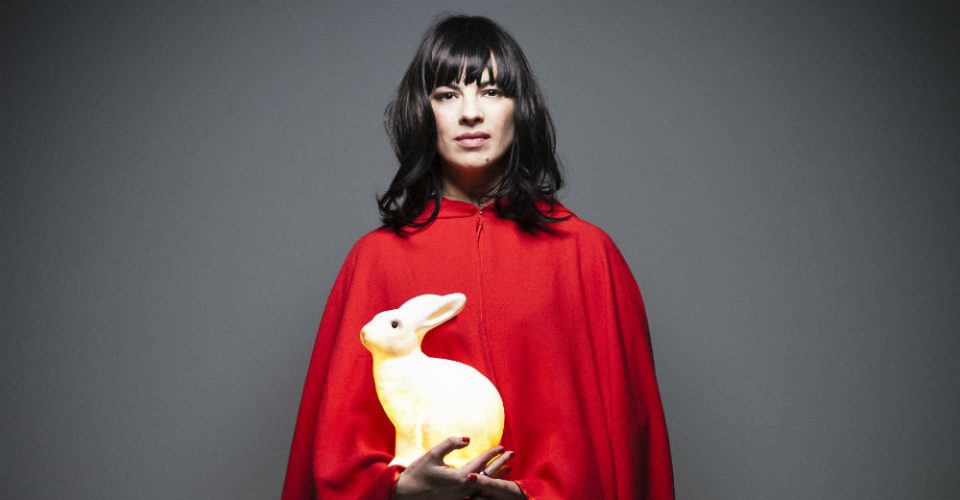 Watching the experienced, captivating performer that is Ireland’s Camille O’Sullivan was an amazing way to start the 2015 Adelaide Fringe. She began in a haunting, seductive way moving through the audience, but as the night evolved the audience began to see the quirkier, unhinged side to Camille O’Sullivan. She tells the audience, “Welcome to our second date, where reality sets in”. Camille swiftly segued from one intense emotion to another, which could easily disrupt the flow of the show, but Camille knows how to bring her audience along for the rocky ride. Her voice is strong, deep and impassioned.

Camille performed unique arrangements of a large variety of songs, with highlights including, In these Shoes by Kirsty MacColl, Jacques Brel’s Amsterdam (made famous by David Bowie) and God’s Away On Business by Tom Waits.

Well supported on stage by Australian musicians on keys, drums and guitar, the only real negative from tonight’s show was watching Camille distractingly signaling for sound and lighting changes; she was essentially trying to direct the show while performing. It is understandable in the beginning, but this continued throughout the show. Overall though, Camille was an absolute pleasure to watch and listen to.

Camille was an absolute pleasure to watch and listen to.