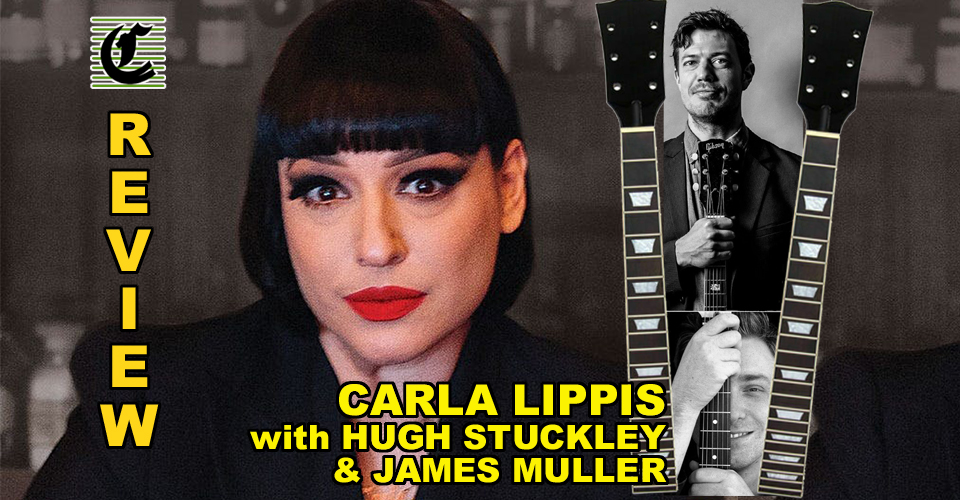 A long time coming this re-scheduled evening was originally meant to be part of the Adelaide Guitar Festival back in July but was shut down because of….well, y’know – the thing.

Proceedings opened with a world premiere collaboration between two renowned and internationally acclaimed jazz guitar players in the form of Adelaide’s own Hugh Stuckey and James Muller. Along with Adelaide bass legend (Dr) Lyndon Gray and drummer Angus Mason., they delighted the crowd with a collection of originals and works by John Schofield, Pat Metheny, Bill Frisell and Lee Konitz.

I am not really a fan of eating noodles. I absolutely understand they are loved by millions all over the world, a staple diet in some cultures and I appreciate the skill and craft in creating delicious noodle dishes. I am just personally not a fan of noodles. I have to say I am the same way with Jazz. I appreciate that it’s a music form people love and the skill and craft in creating it, but it’s just not a musical meal that suits my admittedly pop leaning palate. That said tonight I was certainly in a minority and each drum, bass, guitar solo (from both guitar players) was hungrily devoured by the audience.

Carla Lippis, on the other hand could easily be a mainstay of my musical diet, but, as she doesn’t appear on our menus very frequently (often on festivals), the opportunity to see her should always be considered a treat, like going to a fancy pants restaurant on a special occasion. Tonight is the debut performance of a mostly brand new set of original songs and from the get go we are in for something very especially special.

The opener Wolf It Down starts with an ominous drone before kicking into swampy guitars and Ms Lippis entrance. These songs are dark, powerful and this band is more than capable of providing dirty grooves and musical menace to deliver them. Geoff Crowther on guitar is incredible, brittle and exciting guitar twang that drives the whole sound, but combined with Django Rowe, Ross McHenry, Paul Butler and Duncan Campbell this is a band that is going to kick your goddamn arse!

Carla would accept nothing less of course, as she is a formidable focus and her vocal is brassy, full bodied, full of tone and emotion. She has said recently that she ‘likes angry music’ and songs like You Will Be Happy, Eternity and Skeptical are coming from a painful place but she is not singing as a victim, more as someone you should be careful not to cross. Only The Hard Way dates back a few years to the Baby Carla CD and her take on Henry Rollins Liar beautifully flips the gender roles so rather than Henry’s sneering mockery of somebody who has feelings for him, the Lippis version is saying you can’t even try to mess with me, you are the toy in this situation buster.

If you put generous shots of the Beasts of Bourbon, Serge Gainsbourg, Tarantino and James Bond soundtracks, full throated Shirley Bassey vocals, Duane Eddy twang, gin, vermouth, a lot of ice, and shake that sucker until it hurts. It might be a little hard to swallow for some people and you know you are going to have a hell of a hangover in the morning, but you are going to have a hell of good time on the way there. I can’t wait to see what these songs turn out like in the studio.