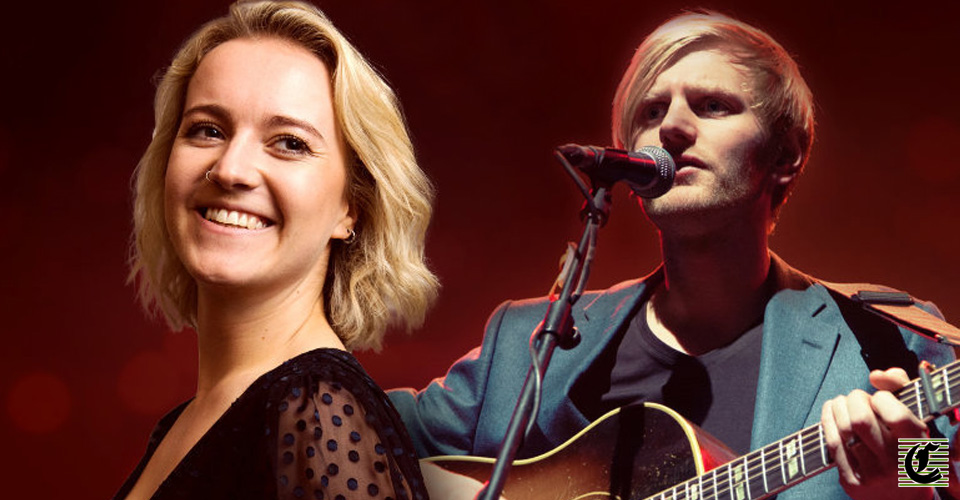 The Carole King and James Taylor Story is one of Night Owl’s group of shows presenting the music of legendary performers. Featuring the music of these two great song writers, the show has been formed by combining two successful shows from last year’s Fringe. We speak with Night Owl’s Dan Clews and Phoebe Katis, via email and we begin by asking them to tell us a bit about the show.

“The Carole King And James Taylor Story is a ‘show-umentary’ format where we perform some of their biggest hits whilst giving you a background to those songs and some deeper insights to them as artists.”

What drew you to these particular artists?

“Both Dan and I are heavily influenced by these two artists in our own artistry, so it felt very natural to perform their songs and learn more about them within the context of our own singer songwriter careers.”

Both Carole and James are known as extraordinary song writers. Has this inspired your own song writing?

“Most definitely! As mentioned above we have listened to their music for years before coming up with the show concept, Carole King (for me – Phoebe) has been one of my biggest influences as a pianist-singer, and songwriter. It is great fun to be able to sing their songs but with our own artistic twist, as we feel very connected to their music already.”

What’s your favourite song in the show and why?

“One of my favourite songs to sing with Dan as a duet is Will You Still Love Me Tomorrow?, and also James Taylor’s song Close Your Eyes. The harmonies are beautiful and the melodies work really well with two singers.”

What research do you do for the show?

“Reading their autobiographies has been a really interesting learning process for us both. I found out so many interesting things about Carole when reading her book. That adds so much more depth to the show and to our understanding of them as people and not just as artists. Also listening to a lot of their live albums when they performed together has been really informative.”

Where have you performed this show previously?

“This show has been out on the road in theatres around the UK for the last couple of years. We have had separate shows at the Edinburgh Fringe for the last three years, The Carole King Story and The James Taylor Story. This is the first time we have combined the two and brought it to a fringe run. Very excited!”

Dan, the manager of The Beatles described you as “too great to ignore”. Tell us about your association with him?

“It was Sir George Martin, the producer of the Beatles. About ten years ago he signed me as a songwriter through his publishing company that still runs to this day although George is sadly no longer with us. They have been so supportive to me as an artist and writer; a true gentleman with an incredible legacy.”

Phoebe, tell us about your recent tour in the US.

“I have been out on the road with Cory Wong (American funk guitarist and artist) for the last couple of years and most recently have finished a West coast and East coast tour of the states. This has been amazing, seeing so much of the US in a short space of time, and getting to perform in front of thousands of wonderful friends and fans. I am very thankful for this opportunity. It’s taken me to new places and I get to be part of such an inspiring show. Can’t wait for more!”

Last year the shows were performed separately – what lead you to unite them? With so many amazing songs to choose from how do you pick your set list?

“Choosing the songs was a difficult process! There are so many great ones. We took a lot of inspiration from their live albums and which songs they sung together. We wanted to include as many of their ‘greatest hits’ as well as some B-side material to showcase their writing as much as possible. We also wanted to feel a story within the songs which was easy as they do a lot of personal writing in their music. Uniting them felt right to tell a greater story and share even more great music than just focusing on one or other.”

“As independent artists as well as Carole King and James Taylor enthusiasts, it’s really fun to be able to sing their songs in our own style, and bring our own music to Australia to share with the audience too. So if you fancy picking up some new original music that is very like that of Carole and James, there’s that opportunity too after each show!”

“I love mint choc ice cream. I don’t know whether this says anything about my personality but I love that it’s refreshing and zingy!

“Dan loves a fresh lemon sorbet – perfect for these hot Australian climes we are adjusting to!”