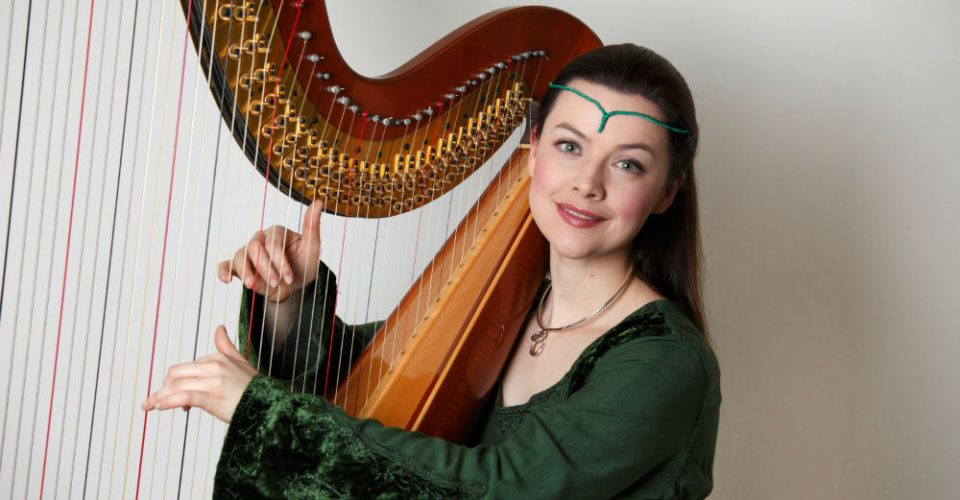 Harpist and soprano Emma Horwood and Adelaide Symphony Orchestra percussionist Steve Peterka join forces to deliver a program of Celtic music from across the centuries for the upcoming Adelaide Fringe.

The Clothesline speaks with Emma via email and asked her about the legends, stories and music that make up A Celtic Dream.

“I began harp at age nine and would learn folksongs and Irish tunes, but it was really when I started singing with my harp as a young adult that I began to fully explore the Celtic world. I have always been drawn to the haunting tunes and harmonies of Celtic vocal music (I have English, Irish, and Scottish heritage) but visiting Ireland for the first time was a turning point and discovering some contemporary Celtic musicians like Irish a cappella group Anúna (featured in Riverdance), Enya and Canadian harpist/singer Loreena McKennit inspired me to find and arrange for harp and voice all the music I could”

Which Celtic cultures and music are featured in the show?

“We are exploring Celtic myth and music from Ireland, Scotland, Wales, England, and Brittany in France.” 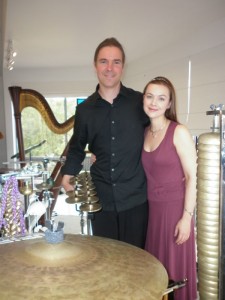 Do you have a favourite Celtic country or region?

“Definitely Ireland – there is a wealth of stunning music from this country and the harp is their official emblem!”

How far back does your program reach? What’s the earliest piece you feature and where does it come from?

“The myths and legends I will be telling as part of the show reach far back into pagan times, BC, and the oldest hymn from Ireland is from the 8th Century.”

The program notes refer to a variety of percussion instruments, and there’s a few that I’m sure will be new to your audience. For example what is a sistrum, crotales and a bell tree?

“The sistrum is a very old hand-held instrument that jingles with a ceremonial sound when shaken. Crotales are tuned metal discs set up like a keyboard that you strike with a mallet for a high bell-like note, or bow to produce an ethereal sound. A bell tree is a series of small metal bowls vertically strung and played with a metal beater to create a metallic glissando effect.”

Your show spans Celtic music from across the centuries. Are there any identifiable cultural or musical themes that are evident from the past all the way through to the present in the music of people like Enya?

“I think simple, haunting, melodic, ancient-sounding musical lines; with lovely light vocal embellishments is a feature that has continued from ancient times into contemporary Celtic composition, with themes of good and evil, struggle and redemption and celebration of life.”

What is the role of stories and legends in the history of Celtic music? How important are they?

“They are at the heart of the music and so many pieces were written around the mythology that was passed down through generations. The Pagan culture and rites, before Christianity, that reached the Celtic nations is very important, with Gods and supernatural beings like faeries, selkies, banshees etc. being the subject of much music.”

You are performing with your husband in A Celtic Dream. How much of a collaborative role, if any, has he played in the creation of the show?

“While I have researched and chosen the music, Steve has worked with me to create the percussion sounds to compliment my harp and voice, so they have been truly collaborative arrangements!”

Is there anything else you’d like to tell people about your show?

“This is a rare opportunity to see and hear a variety of celestial percussion instruments together with harp and voice that will combine to create a wonderfully unique soundscape. I will be performing on both pedal and Celtic harp and playing both harps at the same time in an Irish double jig. There are only three shows in intimate venues where you can get up close and personal with the instruments, so book early if you are interested!”

Emma Horwood and Steve Peterka perform A Celtic Dream at Aldgate Church Of Christ from 3pm on Sun 6 Mar and Radford Auditorium from 3pm on Sat 12 Mar until Sun 13 Mar.