CHASING THE LIGHT: HOW I FOUGHT MY WAY INTO HOLLYWOOD FROM THE 1960s TO PLATOON by Oliver Stone: Natural Born Filmmaker ~ Hachette Australia Book Review 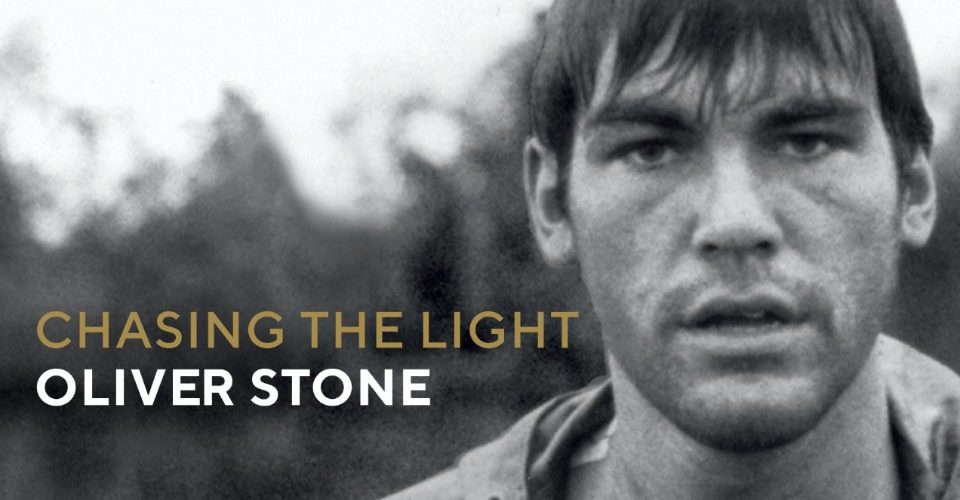 The multi-multi-award-winning Stone’s first of what should be several properly autobiographical tomes is a sometimes intense, occasionally overly personal memoir that, perhaps, is too overloaded with intricate detail and political grandstanding. But, then again, this is Oliver Stone we’re talking about, after all.

Beginning with too much about the history of his parents and complex family, this seriously gets going once Oliver volunteers to serve in the Vietnam ‘conflict’ after a less than sterling college education and strained relationship with his old-school Dad. His extremely mixed emotions and skewed political sympathies during this period are intriguing: he saw serving his country as a noble cause despite how terrifying and damaging the fighting was, and when he returned as a decorated hero he looked upon the hippies and peace movements as anti-American and traitorous. And they, in turn, hated him, even as he grappled with what he eventually identified as PTSD.

After graduating from New York University with a Bachelor of Fine Arts degree in Film in 1971, and with encouragement from Martin Scorsese, Oliver lived in the seedy Big Apple of the ‘70s and eventually directed a horror movie, Seizure, as his début, and he’s naturally pretty dismissive of the thing. His real shot at fame came when, despite the odds, he worked as the screenwriter for director Alan Parker’s controversial hit Midnight Express, and he’s quite critical of Parker, who evidently wanted someone else to pen the script, was jealous when Oliver picked up an Oscar and he didn’t – and then went and died on July 31, just in time for the publication of this book. Oops.

Oliver’s second pic as director, the ponderously goofy horror The Hand, was also hardly a hit, but he has nice things to say about star Michael Caine, and then he launches into an upfront discussion of his addiction to cocaine in the years that followed. Yes, it was Hollywood in the midst of all that ‘80s excess, but he eventually saw that he had a sorely addictive personality and got out of the scene, even as he turned out the script for one of the most cocaine-crammed movies of all time: Brian De Palma’s Scarface. 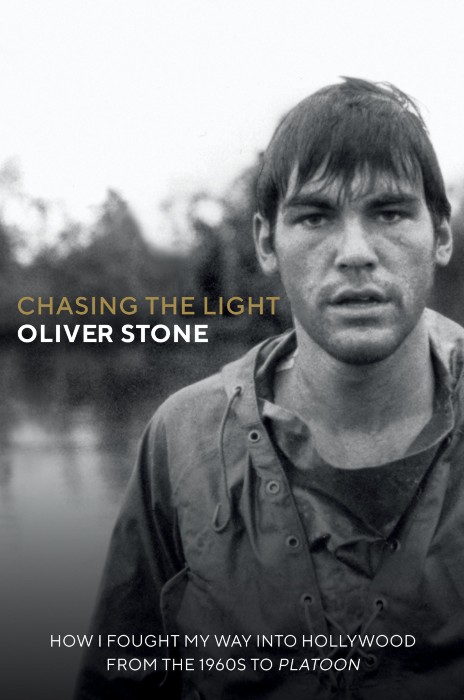 The writing and endless rewriting of what would become, in 1986, Platoon – the film that made him the brand name he is now – keeps on coming up, and we’re given an at times painfully protracted description of the unreliable vagaries of the film business, as it was on, and then it was off, and then Dino De Laurentiis wanted to produce it, and then he didn’t, and then he apparently owned a stake in it, and then Oliver got involved in the original scripts of Year Of The Dragon and 8 Million Ways To Die (before they were changed dramatically), and then he suddenly found himself instead able to make Salvador in Central America, and at considerable risk. To this day, he admits, he doesn’t really understand how that one was financed.

Salvador helped establish him as a political filmmaker, his reminisces about the madness on the set are exhausting, and it’s also hard to believe that he was finally allowed to make Platoon with barely a break between the two productions, even as he finally became a Dad himself. He must have been crazy and, after a while, you do have to wonder how he made it through the mid-‘80s without losing his mind.

We conclude with the very first ideas behind what became Wall Street, which means that all the movies to come – an astonishing run that includes Talk Radio, Born On The Fourth Of July, The Doors, JFK, Heaven & Earth, Natural Born Killers, Nixon and so on and on – are all left for the next book(s). And that might be a good thing because, by the end of this first one off the rank, it’s hard not to feel just the slightest bit, ahem, Stoned.